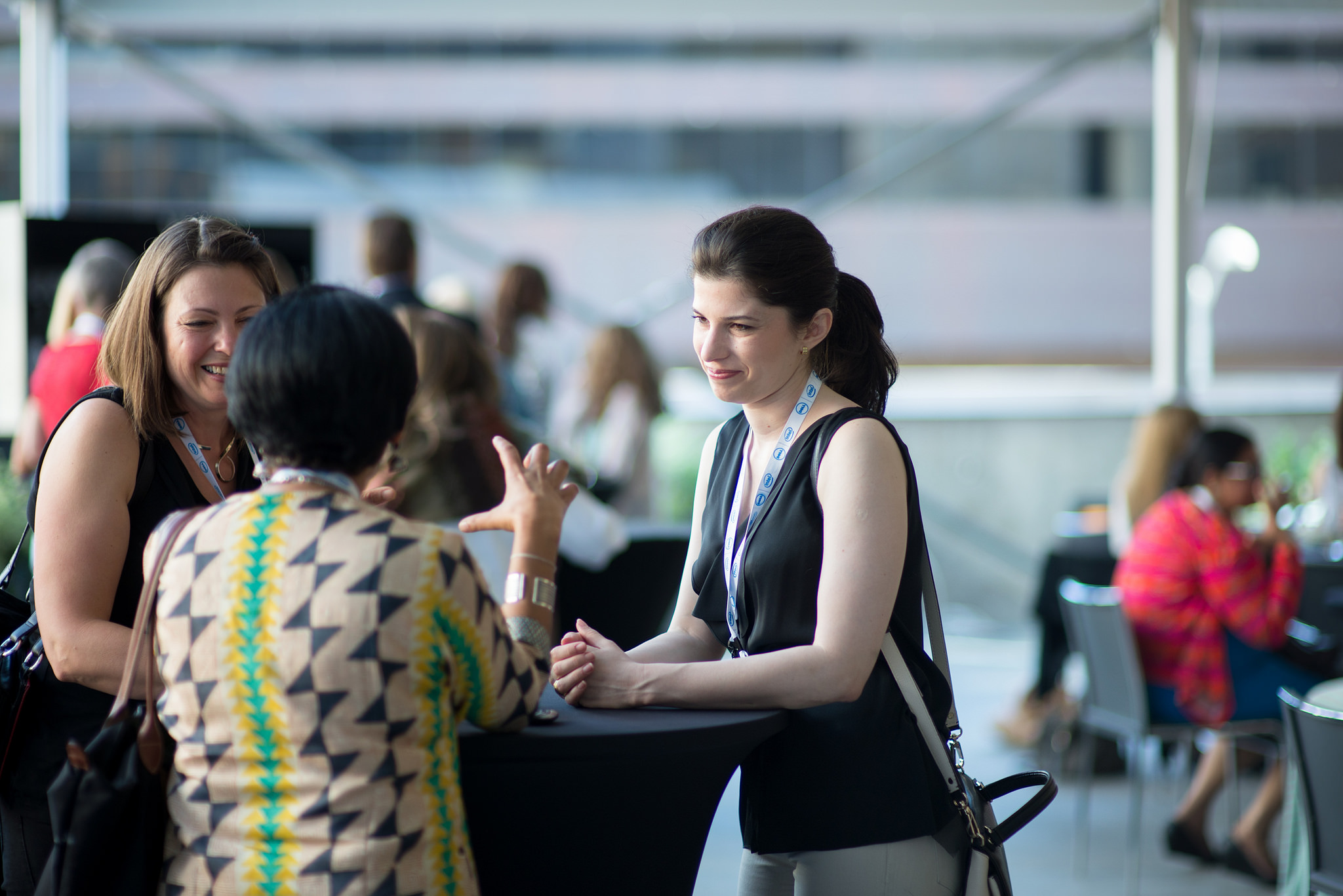 Women especially are told to network — to find a support system that can bolster their professional goals and help them overcome barriers. But what’s really the point? And if it is so worthwhile, how do you do it?

Those (and others) are the questions I recently asked Asha Aravindakshan. Aravindakshan has traversed sectors, starting her career at the consulting and research firm CEB, before moving into the Washington, D.C. Office of the Chief Technology Officer, and finally landing at Ashoka. Now she serves as the Operations Director for Global Talent at the organization that identifies and invests in social entrepreneurs.

All that movement between sectors has left Aravindakshan with quite the contact list. However, just holding these myriad jobs is not what’s created her network. Instead, she makes sure always to make the most out of her networking opportunities.

But, like I said, I wasn’t immediately sold on the concept and I definitely wasn’t clear on the execution. Thankfully, Aravindakshan answered all of my questions:

Seriously, why bother with networking?
Aravindakshan said there are two primary reasons to pursue networking. “One is your personal learning. Who’s out there? How do you broaden your base beyond your comfort zone?” she said. Expanding your network expands your personal horizons and understanding.

It can also expand your career. “Two is a business perspective,” Aravindakshan continued. “You could be meeting potential clients, potential vendors, and future employers through business networking. And the only way you’re going to do that is by putting yourself out there. No one’s is going to walk into your office and hand you a contract or that next sale, right? You have to put yourself out there and find it.”

Ok, so how do I do that?
Aravindakshan’s biggest tip was to be prepared. “Especially if you don’t find it very natural [to network], being prepared puts you in your comfort zone,” she said. “All of the sudden, you know what you want to ask the person you meet or the type of contact you’re looking for. When we aren’t comfortable at something, we’re afraid to speak but being prepared puts you in a position of confidence.”

But what if I am caught totally unprepared?
You’ve probably been there. You’re at your desk, minding your own business, when your boss asks if you can quickly run to an event to say hi to a few people. You have no time to prep, but you grab your business cards and go.

Never fear! There are still ways to prepare in the moment, according to Aravindakshan. “If there’s a speaking event, you can wait until the speaker actually delivers the presentation,” she said. “Find things that resonate with you and then connect with them afterwards on those points.”

If it’s not a speaking event, get creative. “Talk to the host. The people at the registration desk have tons of information. They know who’s in the room. If you come and in and say, ‘Hey, I’m looking to meet someone in this industry, that sector, or that company, can you tell me who’s here?’ they’ll tell you. They want you to have a good time,” said Aravindakshan.

But I’m awkward and it’s scary!
My biggest hurdle at networking events is that I never want to be that awkward lady standing quietly to the side of an engaged group of people. Aravindakshan said that’s a normal fear, but embrace it. “I would actually be the awkward person that stands there. What you want to do is stand in a place close enough that you can catch their eye, so they know that you’re part of the circle,” she said.

“It’s okay waiting it out, because you’re actually hearing the conversations that are happening with the other people, and you may learn tidbits or things you didn’t think of. It’s actually good to eavesdrop!”

Additionally, standing just inside the sightline of a contact, without interrupting, ensures you don’t intrude or overwhelm them. “That actually just happened to me last week when I was trying to talk to this woman,” admitted Aravindakshan. “She was getting cut in from all different ways by people. I decided I was just going to wait until she was done talking to all these people, and then her attention would be totally on me.”

Keep in mind that this contact is a person, just like you. “They’re probably tired. They want to go home or they have a plane to catch, right? So you actually want to catch them afterwards, and get coffee the next day or get on the phone a week later, and have a really good one-on-one conversation,” Aravindakshan said.

Ok, I pulled this networking thing off… Now what?
My last question for Aravindakshan was about what to do next. Meeting a contact is only the first step to really networking, because you need to sustain those relationships.

Aravindaskhan agreed that networking requires follow-up, but there’s no one-size-fits-all model of relationship maintenance. “It depends on the type of connection you’ve made with the person, as well as the level of the person,” she said. For instance, the CEO of a major corporation will inevitably have less bandwidth than a middle manager. Be sensitive of that time constraint.

That doesn’t mean you can’t contact them, however. Aravindakshan explained there are a number of easy, low-touch ways to show your interest and appreciation of a networking contact. As an example, she said, “A couple years ago, I met a bunch of people and got their advice on what I wanted to do and who they knew that could help. Then I didn’t really have any other reason to reach out to them, and I didn’t want to pester them with emails. So when I got the job, I just sent them an email thanking them for advice and letting them know where I landed.”

In other scenarios, you might send a contact an article of mutual interest or even simply like or favorite one of their posts on social media. In the end, Aravindakshan advised feeling out specific relationships to determine the appropriate level of engagement. “Through communication, you’ll learn how much that person is willing to help you,” she said. “And from that, you’ll decide how much you want to actually push on that communication.”

In the end, you have to trust yourself. That was the overarching message I got from Aravindakshan. But when you aren’t feeling super confident about networking—or any professional struggle for that matter—turn to an expert for a little advice. I did, and it was a great conversation (and new contact!).

Loved the insights here, enjoyed reading your post, Hannah! Lots of reminders about the power of networking, and the benefits you can get by stepping outside your comfort zone.