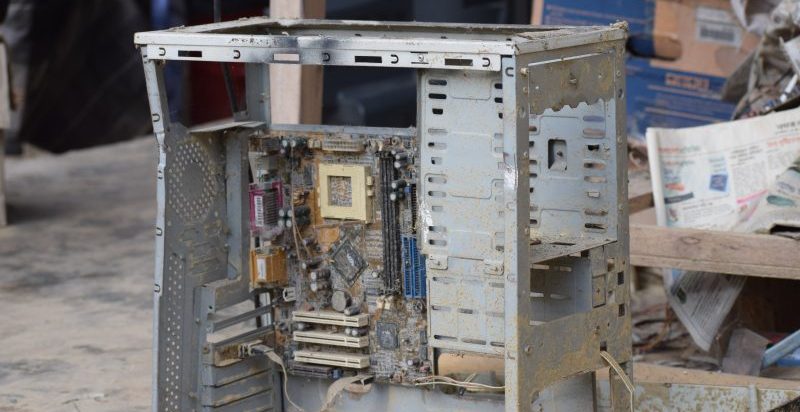 This Q&A is part of a GovLoop series called “CIO Conversations.” Through 2019, we’ll feature conversational interviews twice monthly with current and former federal, state and local chief information officers (CIOs) to get to know the people behind the titles. You’ll learn about the perks and challenges of their job, how they ended up in their current position, what’s top of mind for them, how they’ve rebounded from setbacks, and more.

When you’re $1.5 billion in legacy debt, you let legacy go.

To this end, Louisiana Deputy CIO Neal Underwood made it clear that modernization will be a focus for years to come, including for 2020. Especially after a ransomware attack last month led the governor to issue a statewide emergency, the urgency has heightened.

“One of the things that we focus with is the art of possible,” Underwood told GovLoop at the 50th anniversary of the National Association of State CIOs (NASCIO) annual conference this year. “We don’t want to just reinvent the legacy system and put it in new technology.”

Further, he spoke with Emily Jarvis, Senior Online and Events Editor at GovLoop, about automation as it relates to the workforce, past successes and present challenges in government IT.

What is at the top of your priority list for 2020?

Our focus is on modernization. We did a study commissioned by our legislature a year ago to look at the legacy debt that we have for IT. And the results of the study showed that we had a $1.3 billion backlog in legacy debt within IT. So our focus for many years to come will be on the modernization of our IT services. We’ve made a lot of progress in the infrastructure, but the big rock in the room is all the applications. So we’ll be rolling towards investment in modernizing applications.

If you look at our landscape, we [were] a federated environment where every agency ran its own IT shop, or multiple IT shops. And we consolidated IT support into a single organization four years ago — we’re going into our fifth year of that journey. So when you look at what we have out there, we have every form of application on old technology that exists. And we still have lots of big mainframe applications on all flavors of mainframe. People looked at those applications and, at some point, said we’re afraid to change mainframe. So they spun up 100 satellite applications that circle them.

We really look at it and say, as we’re implementing new applications, we want to go to new technology platforms. We’re changing the way that we implement it, and we’re bringing them all into a single cohesive technology stack.

We’re really focusing on everything from the infrastructure to the platform to the way that we deliver services to what an IT system actually does to benefit the program. We’re looking at the whole breadth and depth of the entire stack to completely let the legacy go and implement a new entire ecosystem of what we’re doing.

Within that digital services environment in your digital modernization efforts, how are you guys thinking about the end user, whether that’s the employee themselves or the customer or the citizen?

Like you just mentioned, there are tons of different perspectives that you have to look at in this ecosystem. One of the things that we focus with is the art of possible. What can technology do for us today? Because we don’t want to just reinvent the legacy system and put it in new technology but [it does] the same thing. So we’re looking at how we extend this to the ultimate end-user customer — the citizen.

Everybody in the world nowadays has a smartphone in their hand.  You have more access to smartphones than you do to a traditional computer end-user device. So we try to figure out how to meet the ultimate customer where they live and where they operate every day. So we leverage that mobile technology and those small devices as much as possible as part of the ongoing business process married with the technology.

One of the big focuses is making the systems broad so that we touch and share data from many different aspects, programmatically and in an automated fashion, so we don’t build a bunch of silos all over again. We look at the internal user perspective. How do we build as much automation as possible into these systems, so that it’s not a bunch of manual effort— which was necessary in the legacy systems?

Automation builds efficiency and saves money — but is the automation piece in relation to the workforce as well? Or are those two separate entities for you?

It’s part of the picture as well. You’d think that that’s a no-brainer.  We build a better system with more automation — you need fewer workers and it’s easier to run. That’s not necessarily the case. Because when you put a new system out there — and we just launched a massive new eligibility and enrollment system for the Medicaid program — we built so many more capabilities into the system with so many more data points and so much more reconciliation, we found that even though there’s much more automation in the system, the breadth of what they’re able to do and touch does not actually reduce the workforce. They just have more to do and they can accomplish more, but it didn’t shrink.

Can you talk a little more about the new Medicaid system you launched? What was that like?

We see that as a resounding success, because we went live big bang with that in a full statewide perspective, making a huge leap from a 30-some-odd-year old legacy system into a modernized system. It was slightly bumpy, but regardless, it was a complete success. We didn’t have to bring an army of people in for remediation; we didn’t have to stop any of our ongoing processes. We pretty much picked up and continued to run in the new environment.

So looking at our benchmark of [what] various other peer states went through with implementing a system like that, I think we did very well and were very successful.

What has been a particular challenge you’ve faced?

Workforce and resources. That is a tremendous challenge with us at the top of the stack, and at the platform level too. We have 300 staff members in application development, but if you look at the skillsets, 95 of them are tied to legacy support. And getting the resources — I can’t take the existing resource and wave a magic wand and say, “You’re now a DevOps engineer.” So that turnover in the workforce with that intellectual capital at Point A [and] getting the resources that we need at Point B has been a tremendous challenge.

Have you guys experimented with any pilot programs, partnered with universities?  I know sometimes that works; sometimes it’s a limited success.

We’ve dabbled with them and we haven’t been very successful with it. One of my frustrations — and I haven’t figured out how to solve that — is the disconnect between the higher education world and integrating them into what we do in the state government perspective.

Yup, I don’t think you’re alone in that challenge.