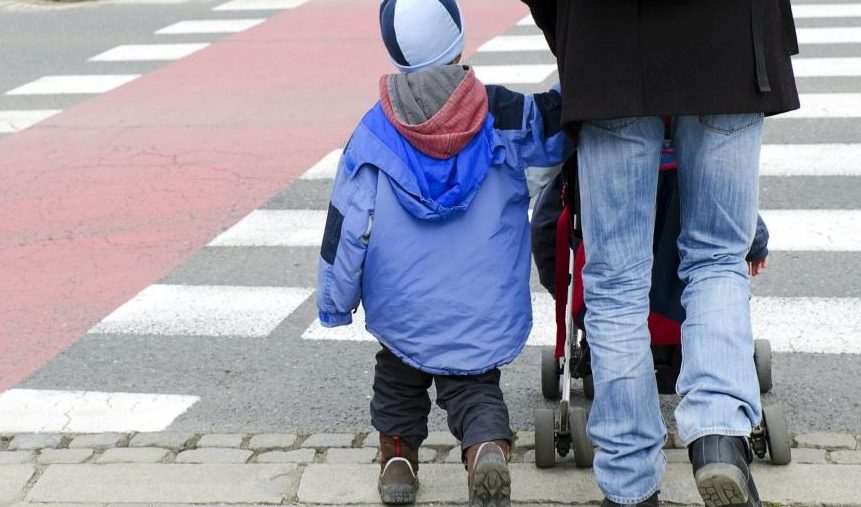 Developmental disabilities are not always easy to identify early in a child’s life. In fact, the definitions for some disabilities have drastically changed over time.

How can we track children with developmental disabilities in order to provide the right intervention and care? One doctor with the Centers for Disease Control and Prevention (CDC) is helping to do just that.

Dr. Marshalyn Yeargin-Allsopp is the Associate Director for Children with Special Health Care Needs at the CDC headquarters in Atlanta. In her career as an epidemiologist, Yeargin-Allsopp has pioneered a research system for assembling a greater knowledge and understanding of children with autism and other developmental disabilities, as well as overseeing active surveillance to expand the information that we have on childhood disabilities. Because of her incredible efforts, she is a finalist for the Career Achievement category of the Service to America Medals or the SAMMIES.

The SAMMIES are an esteemed awards program sponsored by the Partnership for Public Service that recognizes remarkable work done by career federal employees. Last week, Christopher Dorobek, host of the DorobekInsider, spoke with Yeargin-Allsopp about how she was able to document and collect valuable research to advance the clinical understanding of autism.

Yeargin-Allsopp hasn’t always been a highly skilled epidemiologist. She originally began her medical training in New York from 1978 to 1980 in developmental pediatrics, prior to moving to Atlanta.

After moving in the 1990s, Yeargin-Allsopp continued practicing developmental pediatrics in the Atlanta metropolitan area. During this time, she became interested in studying developmental disabilities and even began receiving calls from community members expressing that some of the local children fit a newer description for autism.

“Autism Spectrum Disorder (ASD) refers to a broad range of conditions characterized by challenges with social skills. These individuals have repetitive behaviors, difficulties with speech, half of them are nonverbal and they also have unique strengths and differences,” said Yeargin-Allsopp.

Although this is the definition used today, it hasn’t always been the case.

“Our understanding of autism in the 70s was that autism was due to mother-child interaction and that the treatment would be of a psychiatric matter,” she said.  “We learned later that this was a developmental disorder, and most of us clinicians didn’t see children with this disorder until the 90s.”

Yeargin-Allsopp relayed that clinicians now know that ASD is caused by a combination of genetic and environmental factors, but even after all this time, it’s still difficult to classify.

“We are now using a definition from the fifth edition of the Diagnostic and Statistical Manual (DSM5), and because of these changes in the definition over time, it makes it harder to identify and classify how many individuals have ASD,” she said.

During the time that Yeargin-Allsopp began receiving information from local communities, the disorder’s definition was still murky, which made it harder to identify if children were indeed presenting signs of ASD.

“They weren’t really sure because most of us were feeling that we didn’t have experience with children of this disorder,” she said.

Yeargin-Allsopp also felt that she had interacted with young children who might have fit the description for the disorder, but because of the limited amount of information available at the time, her theories were harder to prove.

After receiving a suggestion from a colleague, Yeargin-Allsopp met with the CDC’s former Director of the Division of Birth Defects and Developmental Disabilities, Dr. Godfrey P. Oakley.

Upon meeting Oakley, she learned that he was excited about starting a new venture in surveilling different developmental disabilities and was looking for someone to begin a training program with the CDC to take on the task.

Yeargin-Allsopp applied and was accepted into the Epidemic Intelligence Service (EIS) program at the CDC shortly after her meeting with Oakley. There, she would participate in a two-year assignment in epidemiology with the CDC’s Birth Defects branch. Her project was to design a system to count the number of children that had developmental disabilities.

Since then, Yeargin-Allsopp has dedicated decades of her life to maintaining the surveillance of children with developmental disabilities and has even worked to procure education records to assist in the tracking of ASD. However, Yeargin-Allsopp stressed that the work that she and her team at the CDC have done would not have been possible without the help of the community.

“We don’t examine any of the children ourselves, [so] our surveillance is based on information recorded in record and from the relationships that we’ve built with the communities…they have been working with CDC investigators to continue to support surveillance in the area for many years,” she said.

When asked if she had any wise words to offer up about her experience Yeargin-Allsopp simply replied, “Go with your heart, go with your intuition and persist.”

Get to know the other SAMMIE finalists before the ceremony. We think all of the finalists are awesome, but if you have a favorite be sure to vote for them in the People’s Choice Award.