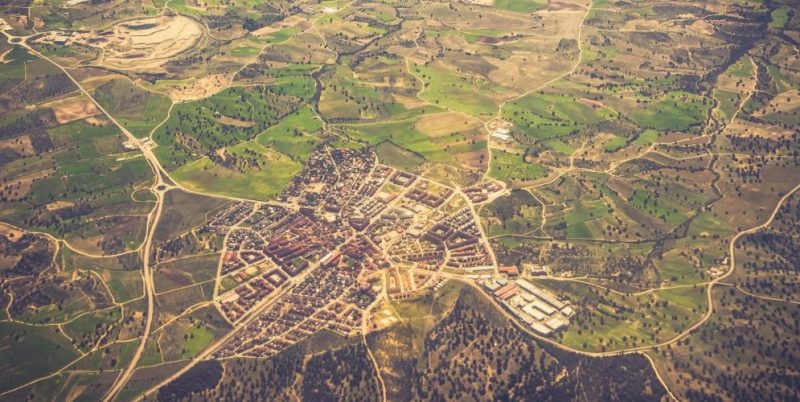 In many places, having access to basic resources like electricity is considered a luxury. Currently, two out of three people in sub-Saharan Africa do not have access to electricity. This factor has contributed to the status of poverty and placed a stranglehold on economic development in the area.

So, what can we do to make sure that everyone has access to reliable sources of power and energy? Andrew Herscowitz and his team at Power Africa are here to help.

Andrew Herscowitz leads the Power Africa team, a public-private partnership led by the US Agency for International Development (USAID) that has partnered with more than 20 African countries, 140 American companies and financial institutions, 12 federal agencies and a host of international organizations. Because of their remarkable efforts, Herscowitz and his team are finalists for the National Security and International Affairs category of the Service to America Medals, or the SAMMIES.

The SAMMIES are an esteemed awards program sponsored by the Partnership for Public Service that recognizes remarkable work done by career federal employees. Last week, Christopher Dorobek, host of the Dorobek Insider, spoke with Herscowitz about how he and his team were able to provide electricity to more than 50 million people in sub-Saharan Africa.

Herscowitz’s interest in international development came about very early on in his life and has continued to progress throughout his career.

“When I was 16 years old I was an exchange student in the Dominican Republic and the very first words I learned in Spanish were ‘Se fue la luz,’ or ‘The power went out’” said Herscowitz. “There were frequent power outages in the area and that’s when I realized that development was something I really wanted to do.”

Herscowitz initially began his career as a lawyer but in the back of his mind, he always kept the idea of working in International development with him. After joining USAID, he eventually switched gears, moving into management. It was then that he was asked to lead the coordination of the Power Africa initiative.

The work of Power Africa began in 2013 as an effort to address the 600 million people in sub-Saharan Africa that did not have access to power.

“We brought together the resources of 12 government agencies, with the US Agency for International Development being in the lead, we worked with the State Department, the Department of Energy, the Department of Treasury and Commerce, and then a lot of the other agencies that do finance and exports. And the idea is that we all have different tools that companies can access,” stated Herscowitz.

Herscowitz and his team wanted Power Africa to be able to provide the necessary resources need to power cities and business so that the countries themselves could focus on other critical matters.

“Ultimately government will be able to save their resources and spend them on things like roads and schools and health, and the private sector will be able to develop the energy infrastructure,” said Herskowitz.

One of the benefits that Power Africa has provided to the U.S. is its creation of new trading partnerships that wouldn’t have been a possibility prior to the program. Herscowitz described the USAID’s main interest in pursuing the initiative as a method of producing economic growth in the countries.

“From the US government perspective, our incentive is for the development of the continent. When we first launched Power Africa, six of the 10 fastest growing economies of the world were in sub-Saharan Africa and we wanted to figure out how we could keep them on that rapid economic growth trajectory,” explained Herscowitz.

One example of the initiative’s success was of a local garment business that, without the program, might have failed.

“If you’re a garment manufacturer in Nairobi, Kenya and you’re turning around 40,000 garments a day and your power goes out and you’ve got to rely on dirty, expensive backup diesel generators, eventually your costs get too high. You’re no longer competitive with garment manufacturers across the world anymore and you go out of business,” Herscowitz explained

Herscowitz believes that the program’s method will help to produce stronger and more stable businesses. Power Africa is helping to bridge the gap between functioning businesses and profiting businesses.

“What’s different about Power Africa is that we’re not building the infrastructure, we’re playing sort of this bridging role. USAID is working with countries to get them to a point of self-reliance, but what we’re doing is we’re taking it a step further and converting countries from being self-reliant to becoming reliable trading partners,” said Herscowitz.

Herscowitz attributes the success of the program to the dedication and passion of its many partners.

“It’s been successful because of the great team that we have. Everyone looks forward to coming to work every day because we know that we’re not only transforming people’s lives but we’re also creating opportunities for U.S. companies,” he said.

He added, “To be able to have a diplomatic role where you’re actually having a direct impact on people’s lives, it makes the U.S. look better and it shows people what the heart of America really looks like.”

Get to know the other SAMMIE finalists before the ceremony. We think all of the finalists are awesome, but if you have a favorite be sure to vote for them in the People’s Choice Award!

Congrats to Andrew and the team! Their dedication to such an impactful mission has helped so many.