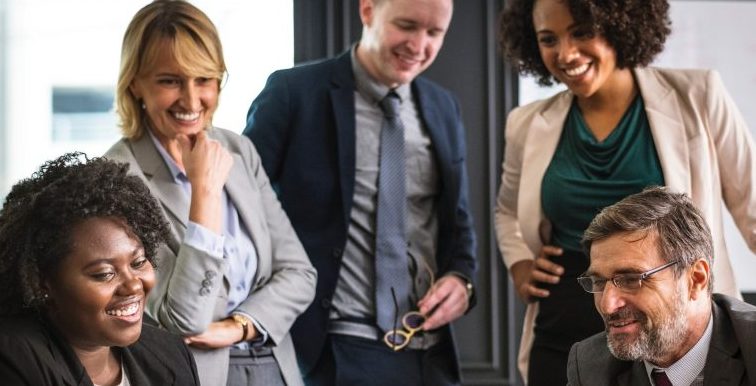 “What I’ve found inside the federal government is that we have plenty of opportunity for modernization, using commercially available products,” Aronson said in a recent interview with GovLoop about IT reforms at the agency. “The cultural change for me is the heavy lift. The technology is all there, it’s all easy, it’s been done before.”

NSF was one of seven agencies that received a B+ on the Federal Information Technology Acquisition Reform Act (FITARA) scorecard, marking the success of its efforts to mitigate IT inefficiencies in government. Her message to agencies that are embarking on IT reforms is to start now and be bold. For her, no improvement is too small.

Aronson works with the agency’s internal FITARA expert, Ann Smith, who pinpoints the actions NSF needs to take to improve its score. GovLoop talked to Aronson about the agency’s IT modernization efforts and challenges, among other topics.

The responses have been lightly edited for brevity and clarity.

GOVLOOP: What are some initiatives in IT modernization central to the agency?

So, when we talk about what modernization initiatives that led to this [FITARA] award, it would be things that we do on the normal course of modernization. We’re continuously working to improve our cyber protection, and we’re continuously working to shift our data to the cloud for our own purposes because it’s a better way to store data. It’s a safer way, it’s a cheaper way.

One thing I can say about this, and, for example, software licensing; that it’s about understanding what you have. It’s important for good cybersecurity. Two years ago, we moved from Arlington to Alexandria, [Virginia]. As part of that, we took the opportunity to modernize a lot of our infrastructure, and we began moving things to the cloud, or we continued our migration to the cloud. We had already had emails in the cloud for many years.

GOVLOOP: Were there any driving factors that led you to consider a long-term strategy? And are there any priorities that take precedence over the others?

ARONSON: Well, I always work this way, in leading people. We have a large team working here and I want to leverage the best of each person on the team. In order to do that, I feel like the team needs to know where we’re going. Enthusiastic support for the vision helps each individual on the team provide their most effective contribution to the objective. That’s one reason for wanting a long-term strategy.

Another reason is that the agency wants it. People are never fully satisfied with the IT that they have; an IT service isn’t really capable to make every customer happy all the time. But one good answer to a customer who’s frustrated is, ‘I know you’re frustrated with this thing that you’ve got right now. Here’s where we’re going. Do you believe that will solve your problem?’

A long-term strategy is a way of helping our customers also understand where there are shortcomings and also a means of getting feedback. We get feedback from our customers and our stakeholders inside this agency and outside of the agency, in order to achieve that long-term vision. They are participating and motivating us to move forward.

GOVLOOP: Is there anything that you would improve about your past efforts to progress toward this long-term strategy of IT modernization?

ARONSON: Oh yes, absolutely. In fact, we work to improve things all the time. In the beginning, when we were taking this approach, people didn’t necessarily understand the importance of their engagement. By people, I mean customers outside the building and inside the building and our own IT staff. Every year we get more people who want to participate in the ideation and the development of the future strategy.

One thing I always wish is that we had more ability to convey the general message of where we’re going up front. It’s an evolution. People maybe five years ago, or seven years ago, when we started this agile development approach, people didn’t understand it, they didn’t buy in, and we had some proving to do. Every year, we improve our approach.

GOVLOOP: What are you doing this year to further IT modernization?

ARONSON: We’re at a point where the technology that’s readily available in the cloud is broad enough to allow us to move even the most complex of our infrastructure out of the building and into the cloud. For example, we currently use a Sybase database, which is not a cloud-ready architecture, and we hugely rely on that. We also know though, that with several upgrades onsite of that Sybase database, we will be able to boost all of our data into the cloud. Our focus this year, my main objective this year, other than other software changes and what not, is to get that database launched.

GOVLOOP: What challenges did you face when you attempted to implement IT modernization initiatives, and how did you overcome or tackle those challenges?

ARONSON: I think the challenge really is cultural. What I’ve found inside the federal government is that we have plenty of opportunity for modernization, using commercially available products. We don’t have to be on the cutting edge to modernize.

The challenge is, is that the people, the customers that rely on NSF for funds, the people inside the building that have been following certain processes for a while, they’re used to the tools and processes that they’ve had. The cultural change for me is the heavy lift. The technology is all there, it’s all easy, it’s been done before.

GOVLOOP: For other agencies that might not be as up to date with IT modernization, or might not be keeping in touch with those changes as well as NSF seems to be; what advice do you have for them?

ARONSON: I think most importantly is that each of these agencies has a different mission. I’m extremely fortunate because the National Science Foundation’s mission is forward thinking and innovative. If the organization’s mission requires hanging out longer in some of the more basic technologies and not modernizing as quickly, then… then that’s an important way to work. If I were at an agency that wasn’t an NSF, I don’t know that I would be able to modernize as quickly.

One thing I can say about the general rise in [FITARA] scorecard grade that I’ve seen is that I believe it is directly connected to the notion that the CIO’s have become a very tight-knit community and share a lot of information between agencies. That’s under the leadership of [Federal CIO] Suzette Kent with the support of the CIO Council. That group has really helped us as a whole better understand and appreciate the value of the scorecard and how to succeed as CIOs.

GOVLOOP: What are some tips for change management that you can offer to other agencies?

ARONSON: I would say the first thing is to start now and be bold. One of the things that can trip people up in making changes is that they feel like they can make a small change, but that’s too small. I would say no change is too small. What we’ve done here really, is planted a lot of little seedling changes. They’ve grown and combined into larger changes. But if you wait until you have the whole plan mapped out, it’s much harder. Much higher risk, more expensive.

[…] Aronson, the COVID-19 pandemic isn’t driving her modernization strategy. Instead, it has expedited plans that were already in the works, including migrating on-premise […]