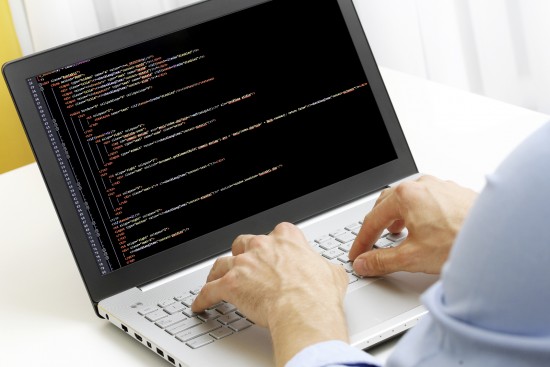 Technology skills are in high demand. Because of the rapid expansion in IT, government agencies are seeking employees with knowledge of coding and programming. To match this need, new programs, called coding boot camps, are making it much easier to learn the necessary skills to work as a web developer.

Coding boot camps take a much more flexible approach to learning than a traditional computer science program at a traditional university. Many of the boot camps can be run remotely without any in-person attendance necessary. The schedule for completion can also be flexible, allowing students to commit to a course without giving up their current job or lifestyle. Because of this style, coding boot camps are a top choice both for people trying to make a career switch as well as workers who want to develop new skills to bring into their workplace.

IT plays a central role in government, regardless of the agency, so there is no shortage of opportunities for coders and programmers. Through boot camp courses, government agencies can help their employees learn new, useful skills without having to leave their current jobs. The entire office benefits when even a small, select group of employees learns the necessary skills to improve tech functions.

Government agencies are already embracing the non-traditional training method. For example, the Navy Cyber Defense Operations Command enrolled several employees in a training program from Bloc, an online coding boot camp. The students had the chance to learn web development and design for their work.

The Department of Education is also working to support coding boot camps. They launched the Educational Quality through Innovative Partnerships (EQUIP) Experiment in October 2015, which seeks to incentivize innovative partnerships between colleges, universities and non-traditional education providers. One feature of the project allows students to use federal loans to pay for coding camps that have paired with accredited colleges.

The boot camp market is clearly taking off. According to a 2016 study by Course Report, the number of providers has risen from 67 last year to 91. The number of students has also grown significantly as well, from 10,333 graduates in 2015 to an estimated 17,966 in 2016. Increasingly, private industry technology companies are turning to boot camp graduates.

“The culture of Silicon Valley is just that it doesn’t necessarily matter where you went to school or what your GPA was, if you can demonstrate that you have these skills, then we will hire you,” said Roshan Choxi, CEO and Cofounder of Bloc, a coding camp. “So coding boot camp grads definitely take advantage of that. The majority of them don’t have computer science degrees and they are still able to find jobs,”

Technology companies have more readily accepted graduates of coding boot camps thanks to the “inherent meritocracy of the tech industry,” Choxi explained. Government hiring procedures have often emphasized formal degrees and certifications, but there are good reasons to give boot camp candidates serious consideration.

Many students enrolled in boot camps already have a four-year undergraduate degree that is not in computer science. The flexible format is especially attractive to working professionals who are interested in making a horizontal transition into a technology career. Between their traditional college experience and their new tech skills, graduates from boot camps are qualified to join government agencies. “It’s just a matter of whether the employers in that sector can find ways of assessing and valuing students and graduates without necessarily looking towards their GPA or college degree as a signal,” said Choxi. Applicants can demonstrate their qualifications, even if they do not hold a formal coding background.

One way that government agencies can better account for diverse learning backgrounds is to offer a technical interview during the hiring process. These interviews may include a variety of tasks including a request to solve a programming challenge on a whiteboard at an in-person interview, an opportunity to write software with another engineer on site, or even a take-home assignment to put together a coding project. This approach allows applicants to demonstrate their skills and takes away undue focus on just the resume and education history.

“Technology isn’t really a sector or specific industry anymore, it’s quickly becoming something that’s pervasive through every industry, including government,” Choxi said. Allowing more room for the unconventional may be exactly what government agencies need to attract talented hires, regardless of their background.

Have you attended a coding boot camp? Is your agency working to welcome new hires with less conventional experience? Share your experience in the comments below!

In general, I’m a big fan of coding bootcamps. Would love to see more of them geared specifically towards government employees.