Information technology (IT) modernization is the latest trend across government agencies. Executive prioritization at the federal level, such as Cloud Smart and the Modernizing Government Technology Act, is pushing for major updates to legacy systems. There’s also a growing focus in local government to drive similar changes.

In New Orleans, for example, making critical updates has led to tangible benefits for the city’s entire constituent base.

The New Orleans Real-Time Crime Center (RTCC) uses technology, mostly cameras throughout the city, and end-to-end IT modernization to provide first responders with the information they need both in the field and to assist with investigations.

“Our charge is to be the coordinating agency for public safety,” said Ross Bourgeois, Director of RTCC during GovLoop’s virtual summit on Wednesday. The session “Thinking Beyond Bandaids: End-to-End IT Modernization Strategies for True Organizational Transformation” focused on the benefits of implementing a comprehensive approach to IT modernization instead of simply addressing one pain point at a time.

Bourgeois clarified that the mission of RTCC transcends traditional public safety. RTCC uses its network of about 500 cameras around the city to target crimes, such as illegal dumping, and to improve the quality of life for New Orleans citizens. Bourgeois said that just having the cameras around helps residents throughout the city feel better because they’re aware that cameras make first responders more efficient and effective.

For example, in 2018 alone, RTCC saved more than 3,000 hours of labor that ultimately put officers back in the communities and improve safety. Perhaps not coincidentally, that same year New Orleans faced a record low number of murders.

“If we do our part and give [law enforcement officials] their time back,” said Bourgeois, “it’s incumbent on them to invest it into the community.”

It’s a ripple effect, he explained. Once police officers are back on the street, they gain insights from the community and build relationships. This access to information helps them build better prosecutions. Once criminals are held accountable, law enforcement achieves justice — and safety comes with it.

Bourgeois was joined by Marc Moffet, Senior Systems Engineer Director at Cisco, to further discuss how a holistic approach to IT modernization can help government serve constituents.

“It’s not about modernizing IT for IT’s sake,” Moffet said.

Having an understanding of an agency’s mission or what problem the team is trying to solve, he clarified, sells senior leadership on IT professionals’ ability to use technology to implement the necessary solution.

Moffet explained that in New Orleans’ case, improving law enforcement recruitment, increasing economic viability and providing more time for officers to interface with the community was the mission. RTCC addressed all of those goals with their camera initiative.

But Bourgeois recognized that new Internet of Things (IoT) devices aren’t the solution to every city’s problems.

“If it doesn’t have an appreciable impact on safety or quality of life, potentially it shouldn’t be a priority,” he said.

To help IT administrators better understand how to prioritize technology, Moffet suggested that they focus on the mission, like New Orleans did.

“The thing that really matters now is what business mission outcome the senior executives trying to accomplish,” Moffet said. “Then, make your way into that problem from an IT perspective. If you start with IT, it always becomes a budgeting discussion.” 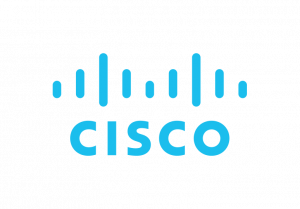 Cool story Katie! Thanks for covering the latest tech news out of the Big Easy!

Katie, thank you for this write up on New Orleans IT modernization efforts. It sounds like they are well on their way to becoming a “smart city” with their new advances with the camera installation!

What to Expect When You’re Expecting to Attend NextGen