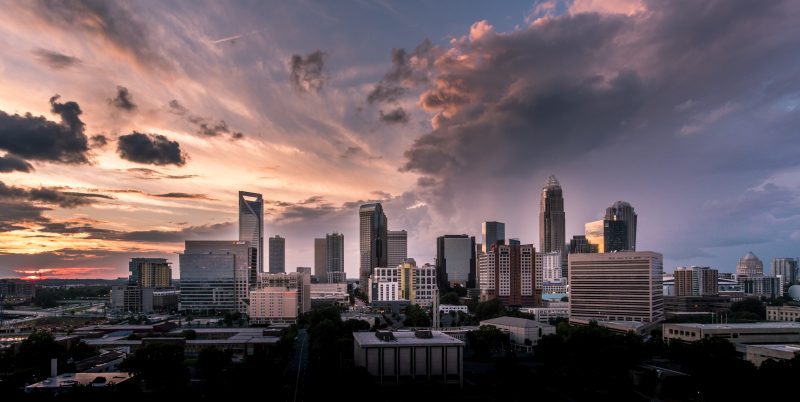 In the Tar Heel State’s Department of Information Technology (DIT), Tracy Doaks’ love of blockchain is no secret.

“My team makes fun of me because they say my middle name is blockchain,” said Doaks, who is North Carolina’s Deputy State Chief Information Officer (CIO) and Chief Services Officer. 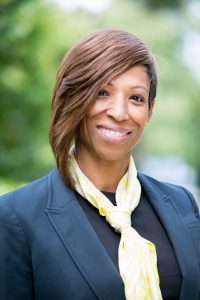 GovLoop’s Senior Online and Events Editor, Emily Jarvis, recently sat down with Doaks at the National Association of State CIOs’ (NASCIO) 2019 Annual Conference last month, which also marked the organization’s 50th-anniversary. During the interview, Doaks spoke about why her middle name is “blockchain,” how she decides what actually undergoes IT modernization and what her pride points were in 2019.

What does your role entail?

So in my particular role, I’m responsible for all of the enterprise services for the state. So that includes everything like infrastructure, the network compute, storage, telephony, as well as enterprise applications like Office 365, Dynamics CRM [Customer Relationship Management], as well as a lot of host platforms and cloud services.

So I’m talking with you in the middle of October here, which means you’re probably already halfway through planning for 2020. Just looking in your priority list for next year, what’s top of mind for the must-do list?

The three main themes for us are going to be ‘cyber safe for cybersecurity’ – so all things cybersecurity. My cohort, Maria Thompson — the enterprise security and risk management officer — and I work really closely together with cybersecurity. She’s policy, and we’re execution.

Second is customer service. As we have moved more to the cloud, our folks are no longer really heads-down technologists. Now they’re becoming sales engineers. So that changes a lot of their role, and how they interact with our customers.

And then third is modernization — so retiring a lot of legacy services and introducing new ones.

When you guys are going through your process of IT modernization, it would be amazing if you could start clean, right? All new stuff coming in. But we know that’s really not it, and it’s not really fiscally responsible. How do you figure out what actually needs to be modernized?

I wish I could say that it was all metrics-based. But a lot of times it really is the number of customers on a particular service. Does it really make sense to continue that service? That’s one part of it.

The second part of it would be customer satisfaction surveys. I sit with the CIOs of the agencies, because they’re part of my customer base, and talk to them about what services they want to see. Their biggest complaints were the cost of the services, the quality of the services and innovation related to the services. So those drive a lot of the replacement and retirement of services.

Then there’s also industry friends. Frankly, we have an identity management system that’s been around for 15 years. Identity management has changed significantly since that time. You need a richer capability, multi-factor authentication that’s already embedded, blockchain technology — all of those things. And so, some of it is based on industry trends as well.

You mentioned blockchain, and we’ve had quite a few people that we’ve interviewed say that they’re piloting some programs. What is your take on that technology?

So my team makes fun of me because they say my middle name is blockchain. It’s mainly because decentralized identity would be wonderful, in allowing the citizens and the employees to hold onto their own identities and allows us to stop managing it. It is really a dream of mine, and I hope to be able to accomplish that before I leave state government again.

What kinds of work have you done so far with blockchain?

The first [proof of concept] has been around law enforcement and their ability to quickly get into time-sensitive applications to save lives.

They were originally authenticating through our 15-year-old system. When you go into something like that once a year, you’re not going to remember your password, you’re probably not going to know your five security questions.

So we did a proof of concept with IBM, using their Hyperledger, and cyber network to allow them to have wallets on their phones, so that there’s an identity in their wallet that allows them to get to, for example, a school safety app. When they drive up, they can authenticate to that app quickly and see the floor plans. And if there’s an active shooter in the building, then they’re not trying to guess where that person is.

We’re embarking on a second one with the Department of Insurance, and we’re still working through that.

Looking to 2020 is always great, but I’d like to focus on some successes that happened in 2019.  You’ve mentioned your blockchain example. Any other pride points for the year?

Yeah, I’m really proud of our cloud service broker initiative. We worked with Deloitte and VMware to implement their cloud management platform so that it allows our customers — who are agencies, local governments and universities — to sub-provision. They no longer have to come in through our organization in order to ask for a new server or storage, which could take weeks. Now, they can go onto our website and either provision in one of our data centers — we have two — or a cloud. It takes less than 10 minutes for them to be able to do.

When I was trying to listen to our customers, that was really what they wanted to be able to do — to be more self-reliant, to be able to do things themselves and not have to rely on us. So [I’m] really pleased with that implementation because that was a long time coming. Infrastructure-as-a-Service, as you know, is a really big deal, and as data centers kind of go the way of the dinosaur, we had to be able to have that — not just from a server’s perspective, but a security one. We didn’t want our agencies moving workloads out into the cloud without us having visibility over this.

My last question is more about you. Why do you work in state government?

That is an interesting question. So I’ve been in and out of state government three times. In the private sector and back in public sector. And for me, it is just a passion. And it’s not just giving back, but it feels like a family.

I really like working in state government to innovate. I don’t want to say it doesn’t take much, but there’s just so much that can be done to improve the lives of our citizens and our employees who really want to see change, as difficult as it may be.  And I feel really good about that. In the last four years, I feel great about a lot of the work that we’ve done, as painful as it has been.

And that’s probably why I keep coming back every time they ask me.

The boomerang effect is real.

It really, really is for me, yes.

What a powerhouse NC has in Tracy Doakes!

What’s in the Works for the Federal Cyber Workforce?