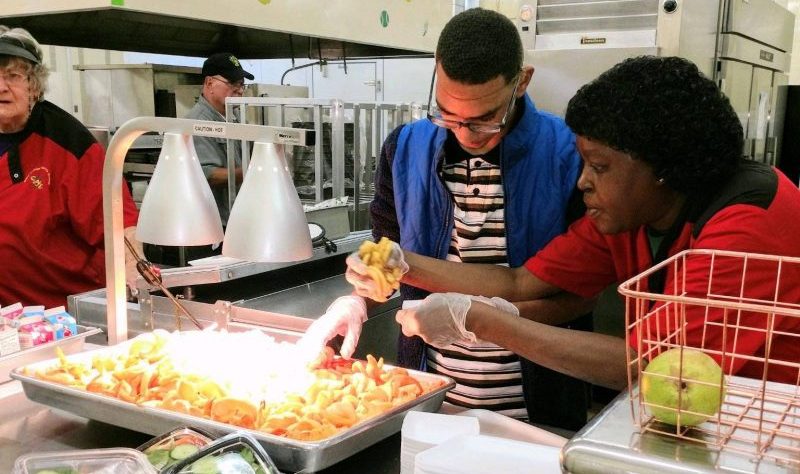 The partial government shutdown has affected county and statewide operations, delaying or restricting action across agencies that directly impact local communities. On the west coast, for example, preparation for wildfire season has been placed on hold. U.S. mass transit systems, such as the New Jersey Transit Corporation, aren’t receiving federal funding that would normally help with operating costs.

In Prince George’s County, Maryland, an area in which about 17 percent, or more than 60,000, of 361,000 government workers in the Metropolitan Washington area reside according to Council of Governments (COG) estimates, efforts are underway to meet the challenges posed by the shutdown. COG estimates show that at least 25,000 workers in the county could be affected by the shutdown.

On the public school side, the community expressed concern over providing school lunches to students who receive free and reduced-priced meals. The Agriculture Department (USDA), which funds the program through reimbursements, is currently shut down. In response, the 10,000 Meals Challenge Fund was established out of a partnership between Prince George’s County Public Schools and the nonprofit Excellence in Education. The mission of the initiative is to ensure that every child in need of a school meal receives one, and so far $15,000, the equivalent of more than 5,000 meals, has been raised. Donors include NAI Michael, Old Line Bank, Lanier Electronics, and Educational Systems Federal Credit Union.

School meal debt is still present, however. According to Raven Hill, a Communications Officer with Prince George’s County Public Schools: “To date, 5,250 students owe approximately $24,000. For background, our school system enrolls more than 134,000 students and approximately 62 percent qualify for free and reduced-price meals. We serve on average 130,000 meals a day.”

An email from Prince George’s County Public Schools Interim Chief Executive Officer Dr. Monica Goldson stated the result of announcing the fund: “Earlier this week [the week of Jan. 11], we announced that through Friday, any student impacted by the shutdown would receive the standard hot meal. After making that announcement, I received countless offers of assistance from the greater Prince George’s County community. Having grown up in this county, I was not surprised by the outpouring of love and support.”

Donations are processed through the school system website, and will be allotted to schools with the highest demonstrated need.

Another initiative in Prince George’s County is the Federal Government Shutdown Assistance offered to affected government workers and contractors. County Executive Angela Alsobrooks spearheaded the initiative, along with the Metropolitan Council of Governments and other community stakeholders.

“We wanted to provide opportunities for assistance for county residents who are federal employees or contractors,” Council Chair Todd Turner told GovLoop.  “The primary donor was United Way of the Washington D.C., region, who provided $50,000. Each of the individual participants are providing different types of assistance, whether through waiving late fees or entering into payment agreements to allow people to pay a certain amount going forward. In particular, our water and sewer agencies will not be doing any shutoffs for those impacted by the shutdown.”

A Jan. 11 email from Alsobrooks to county residents stated: “Yesterday we held an event with several local partners to announce a “shutdown relief package” for Prince George’s County residents who are currently furloughed by the federal government shutdown. Through a combination of county government resources and contributions from community partners, we are offering a package of resources that will help bring some stability and security to families who are trying to figure out how to pay the bills or put food on the table.”

“Jan. 11 was the first day that workers wouldn’t receive a paycheck, and there was a snowstorm coming in,” Gina Ford, Deputy Communications Director for the County Executive’s office, told GovLoop. “There was a need for the fund.”

Alsobrooks stated in her email that she had authorized an extra $70,000 into the Emergency Assistance Fund, which raised the fund total to $150,000. The fund is set aside to assist those with immediate financial need, such as mortgage payments.

A joint letter from Maryland Governor Larry Hogan, Virginia Governor Ralph S. Northam, and District of Columbia Mayor Muriel Bowser warns of the implications of the shutdown on state and local finances: “A prolonged shutdown not only hurts our local economies and budgets, but also poses a threat to our natural resources, public health, and safety…The longer this shutdown lasts, impacts will be more compounded on state and local budgets, important government services, and the economy at large.”

“People are still reaching out and they’re still talking on social media trying to come up with more ideas to help furloughed employees,” says Ford.

How is the shutdown affecting your state, city, or community? Share in the comments section below.