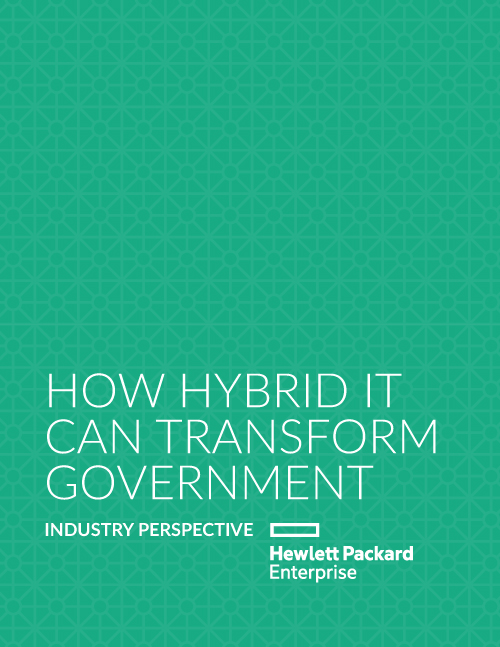 No one can deny that the technological environment in which the federal government operates is wildly different today than it was even a few years ago. Citizens now expect instant access to vast troves of data and information — and the government must keep pace. In fact, the federal government maintains and operates one of the largest information technology infrastructures in the world, requiring constant attention to performance, efficiency and cost.

Public-sector IT is at a crossroad. In the past, it was considered forward thinking when government agencies digitized paper records, launched web sites and conducted business in an all-digital environment. Servers, computers and systems sprung up in an ad hoc, as-needed way. As a result, many agencies’ IT departments are decentralized, with multiple data centers and siloed system architectures that operate independently. This makes it impossible to extract the value of a department’s total efficiency and performance because it lacks collective oversight into its systems.

But there is a path forward to make government responsive and efficient. Government chief information officers need to look to the hybrid IT model to transform how government operates, solving critical problems while meeting the requirements to satisfy both mission and budget.

To figure out how to manage this issue, GovLoop partnered with Hewlett Packard Enterprise (HPE) for this industry perspective. In this resource, we ask Don Hewatt, HPE U.S. Public Sector Workload and Cloud Practice leader, how government should meet existing infrastructure management challenges while satisfying the broad requirements of their user base.