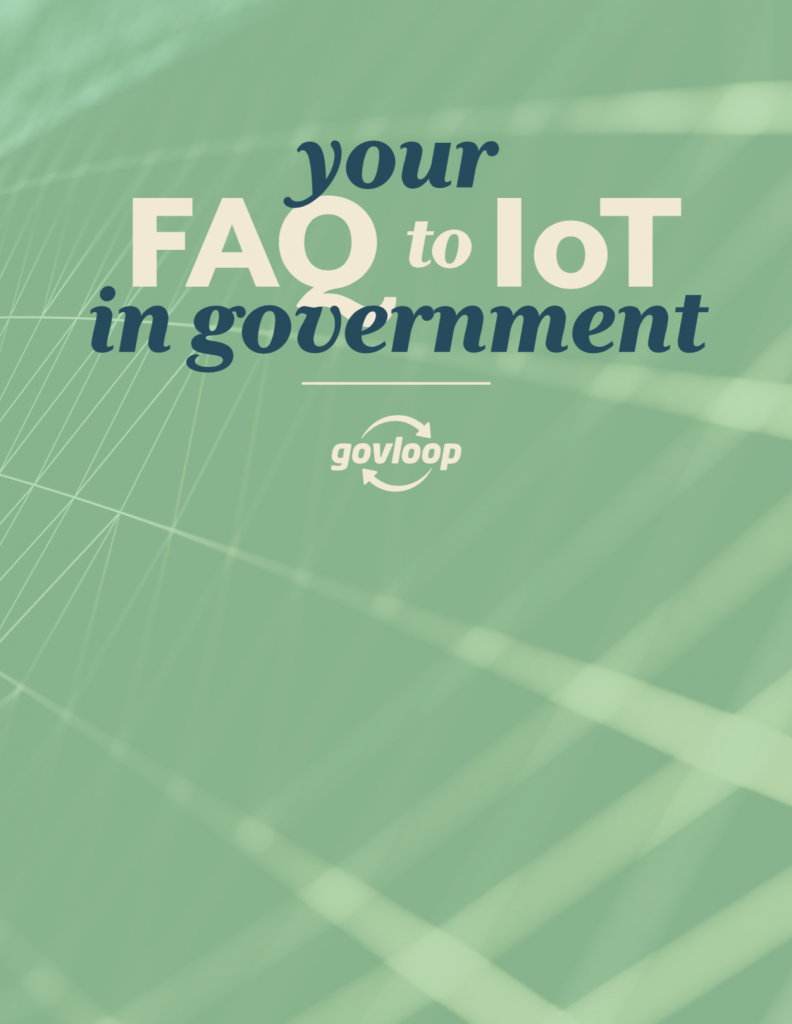 The internet of things (IoT) is on the rise within all levels of government. Connected devices and sensors are being used to learn about our nation – its infrastructure, citizens and environment. But there are many frequently asked Internet of Things in Government questions that remain.

Technically, IoT is “the network of physical objects that contain embedded technology to communicate and sense or interact with their internal states or the external environment,” according to Gartner.

Lubbock, Texas, is going to spend $35 million to purchase and install more than 100,000 advanced electric meters. Last year, the Lower Colorado River Authority received a $650,000 contract from the Department of Homeland Security to increase its use of smart sensors, building atop more than 275 already connected river sensors in its Hydromet program. The U.S. military has already deployed 11,000 unmanned aerial surveillance vehicles, and the Air Force is expanding its Smart Base program to further support it.

But while IoT adoption is on the upswing, it continues to be clouded and misunderstood for many government agencies. Common questions and misconceptions increase public servants’ reticence to move forward with this game-changing field of technology.

Is IoT safe? Do we need it? Who should deploy it? What do I need to use IoT, and who can help me? This guide will help address all these questions and more. We’ve compiled the most common questions asked by government employees regarding the internet of things. Then, we asked other public servants those questions, seeking real advice from IoT practitioners in government.

This guide provides insights, best practices and real-world advice for how to get started with IoT at your agency.