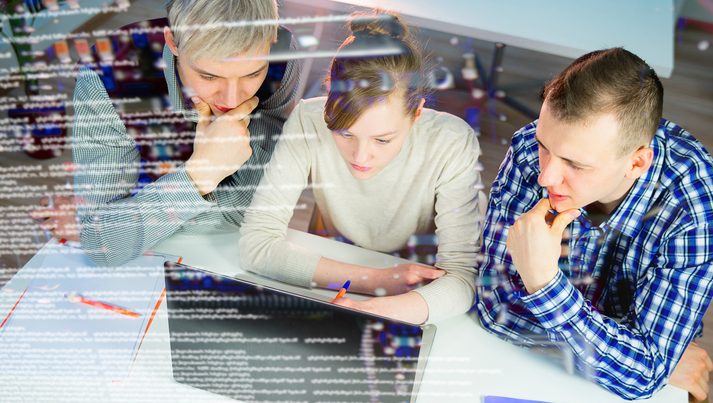 Technologists estimate that by 2020 there will be more than 30 billion connected devices in the world. Most of those tools will use a cloud application. How can the government get ready for this digital world in a secure way? In GovLoop’s recent training, “Cloud and Cyber Combine to Protect Gov Data,” Larry Gillick, Deputy Director of Digital Strategy at the Interior Department (DOI) answered this question by sharing his leadership lessons and how DOI is securing the future of government cloud.

As the government agency that works to protect the nation’s natural resources and heritage, DOI has many departments and entities to run for a number of important missions. To improve citizen engagement user-friendliness, the agency recently consolidated several of its websites into a single common platform. This platform-as-a-service model helps run several important sites from the large agency including DOI.gov, BIA.gov and BLM.gov. “I’m currently hosting six full-on government websites because of the efficiencies from platform-as-a-service,” Gillick said.

When deciding on your cloud platform, Gillick stressed the importance of prioritizing agency mission needs in order to find the right product fit. “Buy the right [product] for the right mission,” Gillick said. “It doesn’t have to be the most expensive thing.”

But securing government’s future in the cloud is not just about procuring the right technologies. It’s also about equipping the people who work with the technologies. In addition to leveraging platform-as-a-service models, Gillick advised strong leadership to help teams leverage cloud in the most efficient manner. He shared three primary takeaways from his time in the military:

Be impatient with the government system, not the people.

“People always get the job done, but remember, it’s being done by human beings, so take care of them,” Gillick said. While Gillick has been in federal government for eight years, he finds he still gets impatient to get things done. “Yes it takes time to complete a government contract,” Gillick added. “But don’t lose that impatience to try new things and get the job done.”

Prepare your people for their next move up.

“If you have two privates that you’re sending out, one should be in charge,” Gillick said. “Train colonels to be generals, for example. If you don’t train everyone underneath you, they won’t be equipped to take on the next job.”

Training people in your IT workforce is particularly important at a time when there is a shortage of cybersecurity and IT skills in government. They need to be prepared to take your position or the next one up when the time comes. “If you have that number one person in your agency that everyone relies on and something happens to them, you’re toast,” Gillick said.

While Gillick serves as “that number one guy” for many of his agency’s missions, he keeps a “hit-by-a-bus” list. “For certain missions, I’m that number one guy,” Gillick said. “So I have my hit-by-a-bus list. I need the people on that list to sub for me for mission-critical work if anything happens to me, like getting hit by a bus.”

Work should be more than just a paycheck.

“The key to truly human leadership is to not only take care of your people but also give them meaningful work,” Gillick said.

For your IT workforce, give your developers and engineers opportunities to truly innovate and hone their skills. “You don’t want to spend your days as a developer doing point updates,” Gillick said. “As a leader, I want to give my developers the opportunity to do the cool stuff they learned in school. Let developers develop.”

At the end of the day, cloud is improving the way government agencies like DOI deliver their missions and serve citizens. Securing the future of cloud entails applying these tools and technologies to improve the lives of others, while enabling the government workforce.

“Embrace the cloud and your vision, let it do the things you want it to do,” Gillick concluded.

How Education, Training Are Shaping the Navy’s Cloud Priorities

How CASB can Secure Your Agency’s Multi-Cloud System