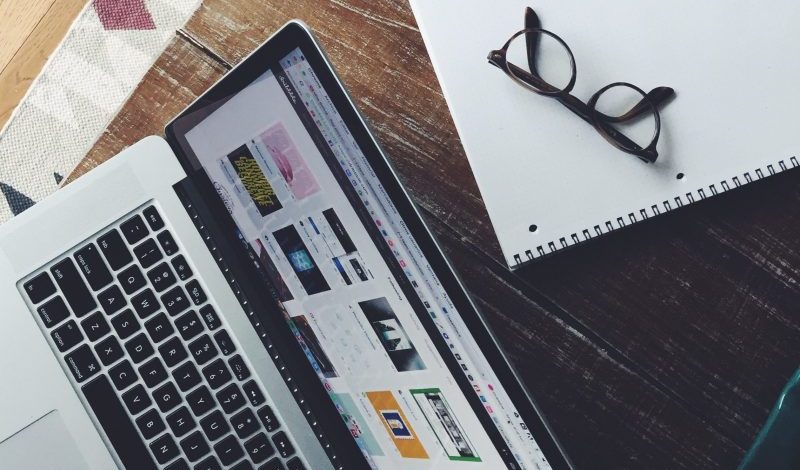 Security, risk management and IT consolidation and optimization are among the top priorities for state and local government technology officials in 2019.

During a Jan. 17 webinar hosted by the Public Technology Institute (PTI) and the National Association of State Chief Information Officers (NASCIO), experts from those organizations elaborated on those key priorities as well as bold opportunities for change that governments should implement.

PTI identified security and risk management as the number one priority for both state and local CIOs. Security usually ranks high on the list during these annual surveys and that hasn’t changed. Budget, cost control, and fiscal management ranked second for local government and sixth for state governments. Consolidation and optimization ranked in the top five for both state and local, but the focus on cloud was far more a priority for states than for local government. and came in at second, and customer relationship management and consolidation/optimization followed at third and fourth respectively. 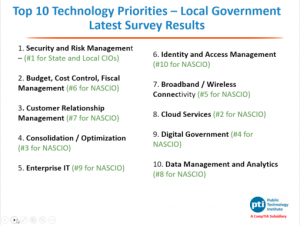 Doug Robinson, Executive Director of NASCIO, spoke about the challenges to meeting those priorities, including implementing effective cybersecurity programs on a statewide level.

Robinson identified the main crisis today as talent acquisition in the cybersecurity space. He explained that there are many more opportunities than there are candidates and that 94 percent of state chief information security officers say that compensation is the top barrier to attracting talent.

Robinson also pointed to three bold plays for change that state and local governments should consider, as highlighted in the 2018 Deloitte-NASCIO Cybersecurity Study:

“The funding at most state levels is not commensurate to the risk,” Robinson stated. “States spend less than two percent of their IT budget on cybersecurity each year.”

He noted that “very few states have any dedicated dollars.” He recommended that CISOs do their best to make cybersecurity a priority in the state and executive budget.

CISOs should be included in the discussion around innovative applications, innovative public programs, and what technology is going to be adopted. “They should be brought into that [conversation] so they can provide their expertise and professional knowledge, and they don’t become a barrier to some of those developments,” Robinson said.

*GovLoop note: Resources like DevSecOps can be useful in fostering collaboration with minimal friction to further data security.*

Effective cybersecurity is a team sport that requires collaboration across the board with other state agencies, branches of government and with the private sector and higher education, Robinson said. The private sector is useful in terms of expertise and solutions perhaps left unconsidered by the public sector, but universities, in particular, can be useful in creating partnerships for education programs, internship programs and research opportunities.

Alan Shark, Executive Director of PTI, presented on key emerging areas of impact in the IT space in the next three to five years. The Internet of Things was ranked first, with artificial intelligence/machine learning coming in second and blockchain coming in third. Connected autonomous vehicles, which is especially relevant to local governments, and augmented reality were also among the factors of impact.

The webinar provided a brief overview of emerging trends and factors to consider going forward in the technology space. What do you think will have the most impact on tech in 2019? Let us know in the comments below.

Photo by Sebastian Mantel on Unsplash

Great piece, Sherin. I’m eager to see how IoT and the new challenges it brings factor into the evergreen priorities of security and risk management.

How the VA’s Improving Customer Experience

More Than a Numbers Game: 6 Steps to Managing Difficult Data