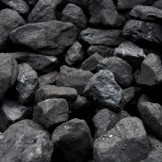 On April 5, 2010, disaster struck Montcoal, West Virginia. Late in the afternoon, an explosion rocked the small town’s Upper Big Branch coal mine. After four days of attempted rescue, none of the 29 miners survived the blast. It was the worst mining disaster the U.S. had seen in over four decades. As an administratorRead… Read more »