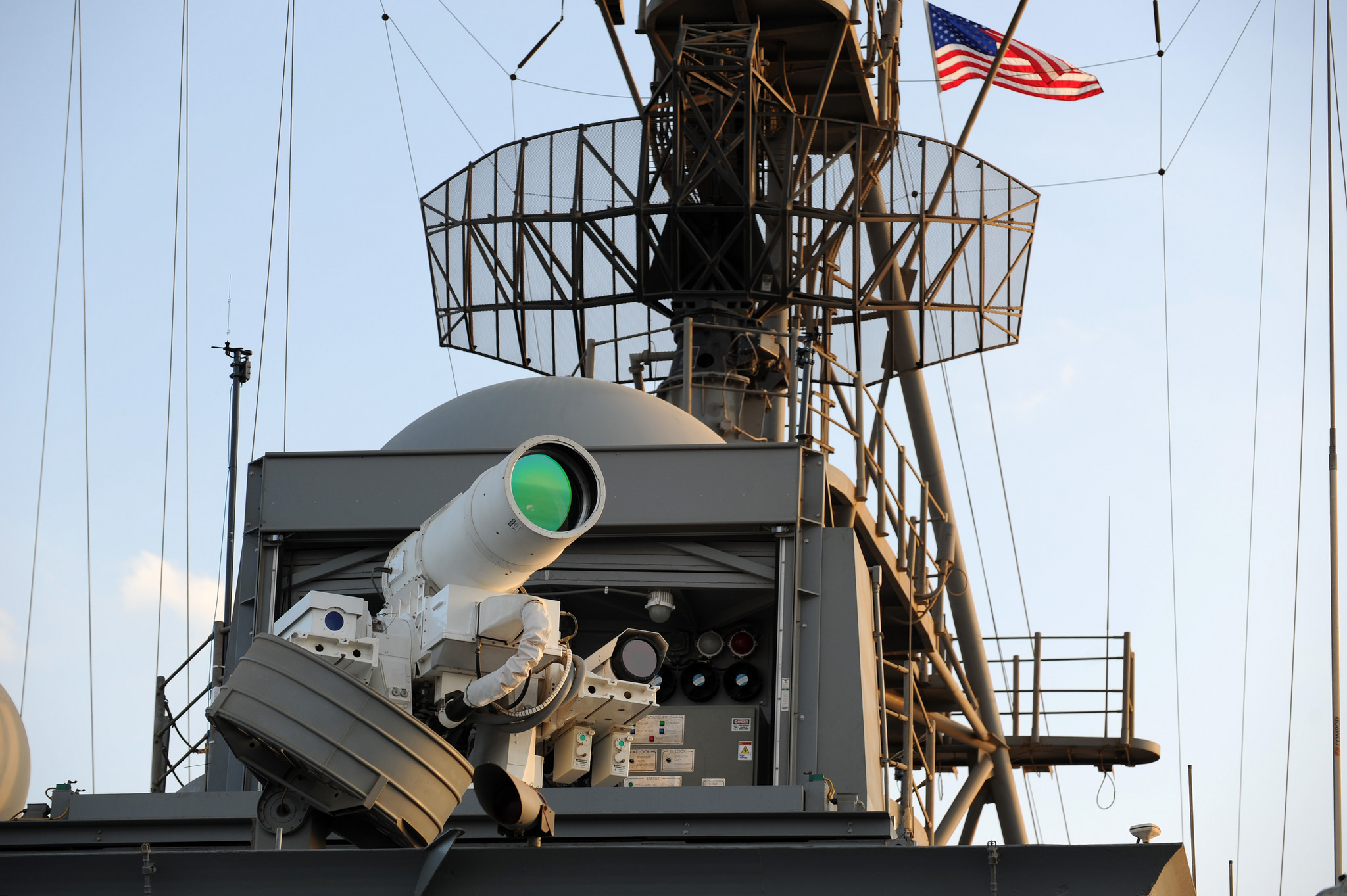 Actually, this is happening right here in our government. Yes, it’s true: DoD has become the new and modern Death Star!

Okay, maybe not quite. But there is a super laser technology now used by the Navy, thanks to Peter Morrison, Program Officer at the Office of Naval Research and SAMMIES 2015 finalist for the Service to America Medals in the National Security and International Affairs category. The Service to America Medal Awards is the equivalent of the Oscars for federal employees and is put on by the Partnership for Public Service.

Recently, in an interview with Chris Dorobek on the DorobekINSIDER program, Morrison shared the innovation behind his incredible laser technology and relayed a passion for public service that often goes unseen by the public. Morrison proves that govies care just as much about protecting their citizens as Jedis care about protecting the galaxies.

Peter Morrison- Jedi Knight
Peter Morrison was born on the very same day that Allen Shepherd became the first American into space. From the beginning, it was clear that the Force was strong with Morrison.

Since an early age, he wanted to be an engineer and give back in some way. “I wanted to do something in this world where I could say it’s possible for me to go forward and make a difference and be part of a group to actually deliver what was once science fiction into scientific fact,” he said. That’s how Morrison eventually ended up at the Naval Ordinance Lab, where he first started his federal career.

As part at that career, Morrison provided the US Navy with a new defense system by designing, building, and testing the first-ever laser weapon to be approved for combat operations aboard a Navy ship.

Now, let’s hear about this laser!
You’d be surprised how similar it is to an actual lightsaber. “Think of this as the ability to take sunlight and focus it down to the point where you can get it on a spot and burn through metal at a long distance with very high precision. That’s what the power of the laser does,” Morrison said.

Not only that, it can cut through structures, aircraft, and other ships! It can even track drones in real time, put light onto specific points, and disable them. “We’re defending our ship from potential threats from those unmanned aerial vehicles or drones that might be armed. We’re able to shoot them down long before they become a threat,” he said.

The best part is it’s efficient and cost effective. “If you were to put that into the laser and figure out the price of firing that laser, it’s about a dollar a shot,” explained Morrison. “That’s very affordable compared to ammunition costs, like a missile, that can cost many thousands of dollars per shot.” Lasers are relatively low cost since they only require electricity -already available on ships- to operate.

The laser technology, however, was a tough sell. “It took a lot of convincing and a lot of education,” Morrison said. “Part of my job is helping others who don’t understand the science and technology to actually learn about it and understand it better. Because a lot of people come with preconceptions.” Many were skeptical about the cost and utility of the laser. But this Jedi knight pressed on. What is most inspiring is not even how Morrison persevered to educate others about the laser technology, but his own passion for public service.

Protecting the Galaxy Government
“We know that, down the road, we’re protecting our sailors, our soldiers, our airmen, and that’s part of federal service too. And we’re very proud to be able to say we can help those people do their job better, more safely, and be better able to defend the US and our allies,” Morrison said.

Public service remains the primary motivation for Morrison. When asked about the general negative perceptions of public servants, he replied: “I think that you can focus on the bad things and sometimes that makes news. But when we talk about the other aspect of what we do, federal employees need to give back. I would come back to this job in a heartbeat. It’s not even a question in my mind, because my ability to give back in public service, back to my country, and being able to fulfill that part of patriotism is a huge part of me wanting to do my job.”

We salute this Jedi Master, Peter Morrison, and congratulate him on his great achievement and recognition as a finalist for the SAMMIES Awards. These awards continue to bring federal workers together, recognize them, and enable them to share in their passion for public service. I don’t know about you, but I’m ready to pick up my lightsaber and get back to business: Defending the Order – I mean – improving government.

The Evolution of Government Financial Transparency