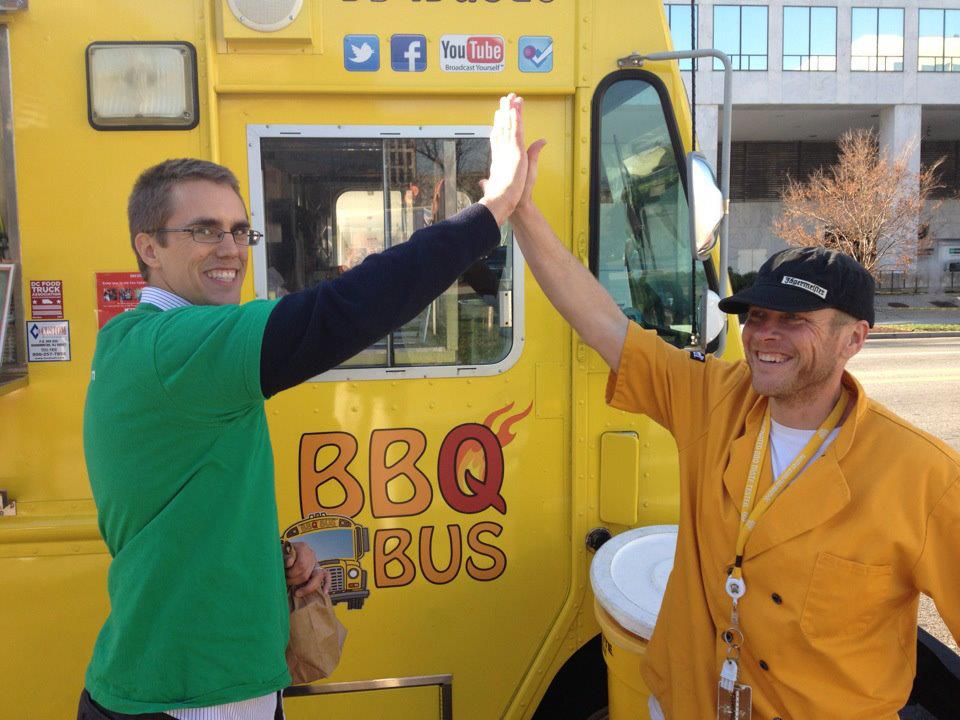 It’s hard to believe but 2018 will be the 10-year anniversary of GovLoop.

And it’s been quite a journey from:

Ten years is a long-time for an entrepreneur and it’s time for me to get back to my entrepreneurial roots and explore new horizons. Starting January 12, 2018, I’m stepping down as President of GovLoop and will be moving into a senior advisor role with GovLoop (and our parent company Granicus).

Don’t worry – I won’t be far and you’ll be in good hands with new GovLoop head Doug Mashkuri who will step in to to run GovLoop day-to-day. The decision is easy for me because of the people who will lead GovLoop forward. Not only is Doug the most compassionate and talented leader I’ve worked with, behind Doug is the best team I’ve ever had the honor to work with – 25 smart, talented individuals that come together as a team to get 1 percent better every day in serving you (our community). And our parent company, Granicus, run by Mark Hynes, is terrific and standing behind us along the way.

At the core as a member, GovLoop will look the same as it does today. Our mission never has and never will change – we are dedicated to connecting government to improve government and will continue to launch new great resources and learning opportunities for public servants.  Yet while our mission never changes, at the same time, change has been the only constant at GovLoop and every year we’ve changed in how we deliver that mission as we continue to test, iterate, and evolve new ways to serve you better, from items like last year’s launch of GovLoop Academy nanocourses, worksheets, and case studies (and we have some great stuff cooking for ‘18 like our GovLoop ambassador program – stay tuned).

It’s been an honor to be part of the journey of GovLoop the last 10 years and there’s a huge list of folks who made GovLoop what it is today. Personally, I’ve changed a lot in 10 years.  I went from never having managed anyone to having managed over 40+ folks across roles.  From never having given a public speech to keynoting for 1,000+ attendees. From being single and living in Florida to married with a great wife and two kids in D.C. The list is too long to possibly thank but from GovDelivery founder Scott Burns who took a shot and invested in me, to both my mentors and my mentees who gave me strength in the journey, to all the current and former members of the GovLoop team that have poured their blood sweat and tears in making GovLoop what it is, to all the GovLoop members who have shared their ideas, spoken at events, or just invested one hour to learn how to make government better…and of course my wife Elizabeth who has been my rock along this journey…I say thank you.

Together as a community we’ve accomplished a ton in 10 years. Personally, I can’t wait to see what the next 10 years for GovLoop has in store.

I’m sure it will be awesome. 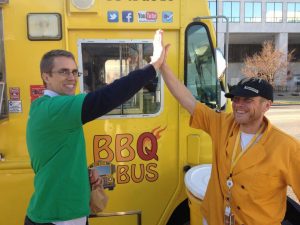 You’ve done such a great job Steve! Your years of service and dedication are greatly appreciated. Thank you for all the wisdom and best practices you have shared over the years. Best wishes on your next step!

Great job Govloop!!!
A clear voice in the transformation of federal human capital.
Looking forward to a productive 2018.
— Gus

You should be very proud – not only because of your grit and determination but also because of the truly positive impact you have made. Impact on young entrepreneurs, impact on Government, and, most importantly, impact on me! I can’t wait to see what comes next

Steve, it has been hard to tear my eyes away from your brainchild over the past decade – there was always more to come, and you made your own rulebook rather than assuming that you were bound by anything that had been done before. That meant that there was a high degree of novelty-with-a-purpose. “Well begun is half done” certainly appies here, because your experimentation was strategic, thoughtful, and mutually reinforcing. As GovLoop matured, the videos and leaderboard gave way to blogger recruiting, training in tech and career management, and the Next Generation of Government summits. And you hired well! Here’s wishing you good health, happiness, and fulfillment in the next ten years. Thank you for your service.

Hats off to you buddy.

Thank you for all of the great work you’ve done with GovLoop, Steve. Your inspiration & dedication has made this the “go-to” resource for many Gov-ies! I fondly remember your presentation at the Ontario MISA Conference when you acquainted us with the site, network possibilities, and a resource that has become my daily source of information. Best of luck with your new endeavours.

Good luck Steve! Thank you for inspiring, transforming and educating so many!
*high-five*

Steve- Thanks for make such a positive difference for so many people. You helped inspire me to continue my dedication to public service, and (on those inevitable bad days) remember how much we improve the lives of those that depend on us- and that’s something to celebrate and be proud of. GovLoop is AWESOME and I shared tons of resources with my colleagues over the years. You will be missed!

It’s been great! Thank you so much, and best wishes in your future adventures! John Rossi

Much appreciation to Steve who has moulded a strong team and established systems
to sustain GovLoop’s excellent work. Doug, Megan and others would continue the good work.

Congratulations! You’ve done amazing things for government workers (at all levels) and I appreciate you. Thank you for all you have done and letting me be a part of it.

Congratulations! Have fun on your new journey!

Ten years already?? Well, congratulations, Steve. Thanks for all that you have contributed to our community. And best wishes in your new endeavor!

A lot to be proud about. GovLoop is a great organization… and has always been a great value.

Thank you, Steve, for all you’ve done to build and serve this community! I truly appreciate your efforts and wish you all the best in your future endeavors!

Refining Value from Government Data With Machine Learning and More