Women have made a lot of progress toward achieving equality in the workplace, but a lot of male-dominated fields have a long way to go. The technology industry is one field that has issues with gender equality. There is a glaring lack of women in the field and the women that do pursue tech careers are often paid lower wages than men and struggle to be promoted to leadership positions. But, people make a lot of assumptions about how these disparities came about. In this post, we’ll shed some light on a few common misconceptions. 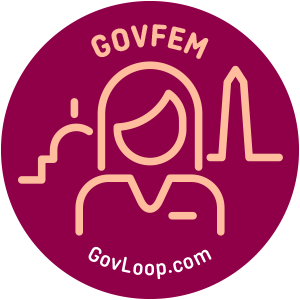 Sweeping generalizations like these are almost never accurate. While women are underrepresented in the technology industry, there is absolutely no evidence that developing an interest in tech is inherently gender-based.

A Girl Scout survey found that 74 percent of teen girls are “very” or “somewhat” interested in science, technology, engineering and mathematics (STEM). The overwhelmingly positive response to female-centered tech organizations like Girls Who Code and the Anita Borg Institute show that there are hundreds of thousands of girls and women that are looking to kick-start their tech careers.

But, when you look at the discrepancy between the number of women in the tech industry and the number of men, it is understandable that some people would assume there is a lack of interest. Women fill only 18 percent of tech roles in the U.S. including data science, engineering and product design.

Unfortunately, while there are young girls and women that are interested in STEM, they tend to disregard STEM as a possible major or career path due to pressure to conform to gender roles and a lack of support from the tech industry.

2. Tech organizations are not female friendly

Unfortunately, a lot of women are discouraged from pursuing long-lasting tech careers due to valid fears of being discriminated against and undervalued by the male-dominated industry. Eighty-two percent of tech employees are male, which can often result in biases in hiring and promotion practices as well as less sponsoring opportunities for female techies. The overwhelming number of male techies also encourages the culmination of macho culture, in which masculine characteristics like competitiveness, assertiveness and overconfidence are emphasized and valued.

If you think that these assertions are overblown, think again. Women in STEM are 45 percent more likely than men to quit their jobs within the year. Forty-six percent of women in STEM fields believe that higher ups are more likely to view their male colleagues as “leadership material” and 27 percent feel that their careers have stalled.

But progress is on the horizon. A lot of organizations are aware of these biases and are taking steps to improve tech culture in order to encourage more women to apply to tech positions and pursue STEM careers. Sixty percent of tech companies surveyed by Deloitte said they were working to eliminate unconscious hiring biases and to target women in their recruiting efforts.

Sure, a lot of tech companies are functioning just fine with only one or two women on the team. But, the number of women in the tech workforce does not reflect the number of qualified female applicants. Women make up between 20 and 30 percent of people with STEM degrees, but hold 18 percent of tech jobs and leadership roles.

Not only will it be more just if the tech field hired more women, but organizations may be better off. Studies show time and time again that organizations that encourage diversity of gender, race and background are more successful than organizations with a homogenous workforce. Differences in opinion and experience lead to greater diversity in ideas and, therefore, better results. Also, companies with workforce demographics that reflect the general public demonstrate integrity to clients and the general public.

Better yet, there is evidence that some STEM women outperform their male counterparts in certain areas. A study from Google showed that female-led tech companies achieve 35 percent higher return on investment and bring in 12 percent more revenue than male-led companies.

Women are more than capable of thriving in the tech field, but a lot lack the support necessary to pursue the career they want. With a lot of activism, mentoring and support, hopefully more women and girls will be encouraged to seek STEM careers and improve the tech industry.

How Private Cloud Models Are Picking Up Steam – Again