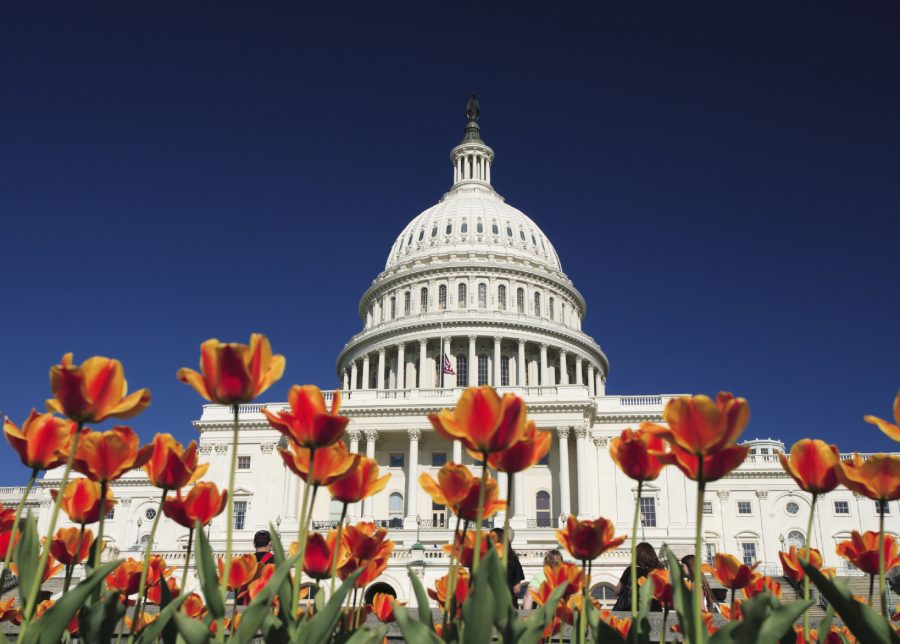 Congress may be in recess this week, but the 100-day mark of the Trump administration is fast approaching. As Washington heads into warmer, and more humid months, there will be a couple big issues and legislative debates federal employees need to follow.

It will be important for agencies to stay on top of the details surrounding these issues, so for this week’s DorobekINSIDER we decided to bring you an update on the latest developments. Keeping these issues on your agency’s radar will ensure that you are ready for the changes and discussions that will likely consume Washington after the recess. Is your agency ready?

The Continuing Resolution and the Budget

On April 28, the current continuing resolution will expire, and Congress will either need to pass another CR or compromise on a full funding bill for 2017 to avoid a government shutdown. Although some senators oppose passing another stopgap funding bill, a CR may be inevitable to pass an agreement by the deadline. The budget uncertainty negatively impacts all agencies, and Senator McCain has explicitly opposed using CRs to fund the military and Department of Defense because CRs hurt the ability of the armed forces to operate and protect the nation.

Meanwhile, President Trump released his budget proposal for fiscal 2018 in March, which recommended major cuts to the National Endowment for the Arts, the State Department and the Environmental Protection Agency. On the other hand, the proposal increased spending for DoD, school voucher programs and the border wall. Legislators on the Hill have not received the proposal particularly well, with both Democrats and moderate Republicans condemning the significant cuts, so there will likely be changes before the final budget is approved.

Comprehensive tax reform has been a cornerstone of the Republican platform for decades, and now that the party controls both houses of Congress and the White House, it is likely that there will be a significant push for legislation this spring. Speaker Paul Ryan, a former chairman of the House Ways and Means Committee, has made tax reform the centerpiece of his “Better Way” legislative blueprint. In order to secure votes though, he will need to balance the contradictory preferences of both the moderate members of the Republican party and the hard line Freedom Caucus members.

Tax reform may be a more partisan issue, but a recent bill that has received bipartisan support is the OPEN Government Data Act. Originally proposed and passed in the Senate during the 2016 lame duck session, the Act would force agencies to make government data available to the public in machine-readable format. The General Services Administration and the Office of Management and Budget would assist agencies as they organize and publish the data on Data.gov. Just last week, 80 tech companies, industry groups and open government advocacy groups signed a letter to Congress in support of the bill. Many agencies are already implementing open data practices, but this legislation would codify and standardize requirements across government.

The budget, political appointee process, tax reform, and the OPEN Government Data Act will be important storylines for govies to follow this spring because they will each significantly impact agency operations.

Are there any other big legislative issues that are on your agency’s radar? Any tips to preparing for these bills/debates? Put them in the comments section!v

Hi ! And thank you for taking the time to read my comment and to respond responsibly given the nature and brief summary of furthering something better for our Nation.

There are many Legislative bills that need earnest crafting and skillful amending for immediate approval with then our Senate’s go ahead and Presidential signing. I am very thankful for our Congressman and Senator’s, Executive and Judicial Authorities and bless them continually believing that someday soon they can see my intrinsic value to which I have to give is of great importance which is no doubt, from the prevailing demand and service needed for our Great Nation to grow and develop With the proper resources and unwavering support, my individual work and relevant ideas realistically have a high probability of success toward beneficially impacting America and others from around the globe. This is a great opportunity and it would to ours and America’s best interest that whom ever receives this message can promptly reply back to me with some much needed dialogue concerning this comment. I have more to say, and hope to hear from you soon.

Thank you and many blessings!

How to Build a Culture of Data Analytics