Allyship has many forms and appearances. Take accessibility and inclusion, for example. Both are successful when based on mutuality. Therefore, each of us, including those like myself who have dog partners, must serve as the ally of others. By doing so, we may each advance the “inclusion revolution” toward a better American experiment.

I’ve learned a lot about allyship from colleagues and my dog partners. When I think of my guide dogs, for example, I’m reminded of Ron Weasley from Harry Potter. They are loyal and brave companions, and never a “yes person.” They remind me that although our allies may be imperfect, they are wonderful to have in our lives.

I will concisely share a few lessons about allyship and how they apply to different scenarios in life.

Tip One: Walking and learning intrepidly with colleagues with disabilities.

I recall that warm summer day when the U.S. Supreme Court delivered the decision on the Affordable Care Act. My colleagues and I attended the session of the Court in Washington D.C.

The politically and emotionally charged nature of that decision triggered a presence of protesters at the steps of the Court. Some of whom interfered with my second guide dog and I that day. Try to imagine this: Blind guy and his dog departing a taxi (in the days just before Lyft) only to confront a wall of protesters with bullhorns. A mass of humanity blocked the stairs of the U.S. Supreme Court. My second dog partner, Pilot, expertly co-navigated this group with me.

After the Court’s session, my colleague and I strenuously navigated the crowds out of the U.S. Supreme Court, traveling to a restaurant for lunch. From memory, that was one of the first occasions we sought public access together at a place of public accommodation.

In addition, I recently attended a reception in honor of ADA Day at the State House in Maryland. While there, my friend, colleague, and Mason brother, a Deputy Secretary in the Hogan administration, learned how to navigate the world with my other guide dog, Bowie, and me. In equal parts, he respected Bowie’s role in co-navigating the wilds of Annapolis with me, while also ensuring that I was safe when his eyes proved more helpful.

We walked approximately a mile from the state parking garage to the State House and then in return. We also navigated complicated diagonal crossings in Annapolis. That included walking up the ancient stairs both at the front of the State House and then inside the building. Once at the reception, we mutually respected the need of the other “to do our own thing,” including of Bowie and I navigating and greeting people. (That’s not always an easy task but an important one for guide dog skills.)

All of us require assistance of some form in our lives. People with disabilities, simply if more frequently, require assistance. However, the fault may include thinking it originates with no mutual forms of obligation or respect.

Arguably, access and relational partnership may originate at a cost. If not for any other reason, disabled people who want to elevate in influence should cultivate and display reciprocating respect. Sometimes that involves a heartful note of thanks. Other times, it involves a shared meal that I cover. Most definitely, it requires basic civility of saying thank you to the traveling companions who sometimes work behind the scenes to assist in ways we don’t always know but in many instances improve an experience.

When we dined in Little Italy after the reception in Annapolis, I recollected with the Mason brother, mentioned earlier, my encounter with Ilya Shapiro, Esq. of the Cato Institute at the Supreme Court session. I may not agree on a lot of legal policy with him, but I do recall, however, his gracious attempts to audio describe the happenings to me when we mutually attended that moment in history at the U.S. Supreme Court session.

When you are a leader with a dog partner, one never knows with whom one will interact. The special assistant to the Chief of Staff at the Court placed me next to Mr. Shapiro. I did not ask him to provide the audio description. He did it as a matter of professional respect and courtesy.

Regardless of the specific administration, all of us should actively be a part of the solution. While it sure proves easy only to recognize our own group or experience, that is both boorish and stultifying if we do so. Inclusion is not only non-partisan but is all the richer when it can involve our increasingly divided Democratic and Republican colleagues.

My colleague who helped me safely navigate the Supreme Court session suffers actual allergies. Less dog hair rather than more dog hair near her has always been a prudent course of action. She has respected, even spoiled my dogs. I hope my behavior has been equally exemplary.

In addition, I think about my former African American mentor during the Presidential Management Fellowship program, who had lunch with me every couple of weeks while we established my two-year rotational plan. These and many other colleagues remind me that allyship works both ways. As a blind person, I hold a solemn obligation to be the ally of our colleagues of color or even people with different disabilities than my own.

All of us must commit ourselves to serve as the ally across protected classifications, of course focusing on furry partners while avoiding their toys. The next column will explore another element of allyship, focusing on the virtual office. A pro is that readers need not fear sharp dog bones. The virtual office presents, however, other challenges or pitfalls.

Mr. Norman, a lawyer, emerging journalist and consensus-builder, received the Administrator’s Award at the Centers for Medicare & Medicaid Services in 2020 for his work on healthcare accessibility and quality policy related to people with disabilities. In November 2019,  Mr. Norman served as a Fellow at the invite-only Public Policy Conflict Resolution Fellowship. In 2015, he served as a Visiting Fellow at the non-partisan Robert J. Dole Institute for Politics. He established a multi-year, non-partisan symposium on animal law and policy, brokering regional or even national experts together. The dog or dogs of Mr. Norman are usually nearby chewing on a bone. 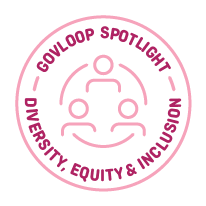