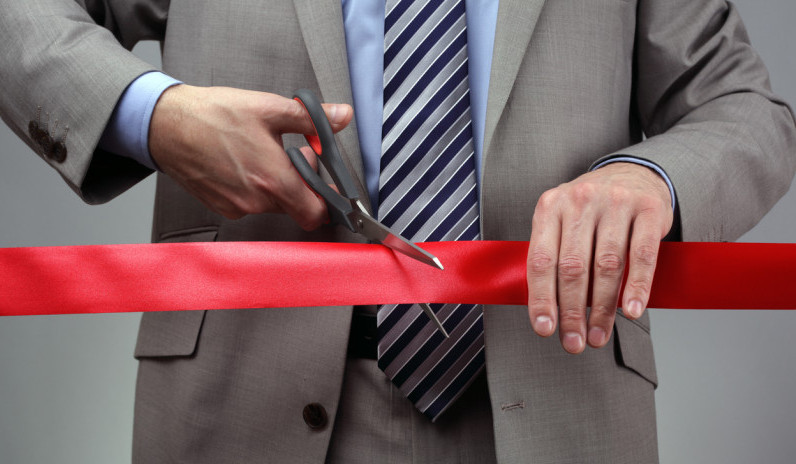 One of President-elect Donald Trump’s primary campaign promises was to reduce inefficiency and red tape in government.

In his contract with the American voter, Trump detailed six measures “to clean up the corruption and special interest collusion in Washington, D.C.” One measure in particular would require that two existing federal regulations be eliminated for every new regulation that’s created.

If he’s serious about shrinking bureaucracy, here are some areas he and Congress may want to consider:

The 1995 Paperwork Reduction Act (PRA) requires that agencies get approval from the Office of Management and Budget before they request most types of information from the public. This includes forms, interviews and recordkeeping requirements. Agencies are required to have an internal review process to evaluate an information collection before even reaching out to OMB or seeking comment on their plans to collect data from the public.

While the goal is to reduce the burden of government paperwork on the public, there are exceptions. For example, the 21st Century Cures Act, which the House and Senate passed to expedite the discovery, development, and delivery of new treatments and cures for diseases, includes a provision that exempts the Office of the National Coordinator for Health Information Technology from complying with the Paperwork Reduction Act when collecting complaints about medical claims. There is also an exemption from the law for the collection of certain voluntary surveys or information from patients, industry, academia and other stakeholders. Perhaps we could see more of these exemptions in the future?

There’s no shortage of reporting requirements for government officials, especially those in the tech community. Agencies have monthly and quarterly reporting requirements on IT risks, performance metrics, project activity, cost savings and more. As agencies work to meet similar yet expanded reporting requirements under the Federal Information Technology Reform Act — a law aimed at improving how IT projects are funded and managed — some CIOs are hoping OMB will streamline reporting and consider what metrics may no longer need to be tracked. For now, many agencies are relying on manual reporting, which creates an added burden. Revisiting what data points are most important to track and how to automate that reporting could alleviate burdens on agencies.

Hiring reforms have long been a topic of discussion across government, especially within the Office of Personnel Management. It takes far too long for most agencies to hire employees — on average about 100 days, according to lawmakers. Although Trump has made clear his plans to institute a hiring freeze, there is a need to bring on cybersecurity pros and other specialized workers.

Not only that but reprimanding poor performers is also a point of contention in government. In the 2015 Federal Employee Viewpoint Survey administered by OPM, only 28 percent of respondents said steps are taken in their work unit to deal with a poor performer who cannot or will not improve.

OPM’s response for supervisors to handle poor performance issues is to take steps to avoid these problems before they occur by communicating clear performance standards, providing regular feedback on performance and other measures. But Trump and top Republicans on Capitol Hill are looking to take a different approach.

The Washington Post reported that Republican lawmakers say their first priority will be efforts to make it easier to fire employees deemed incompetent or rule breakers.

A recent recommendation put forth by the Commission on Enhancing National Cybersecurity calls for regulatory agencies to “harmonize existing and future regulations with the Cybersecurity Framework to focus on risk management — reducing industry’s cost of complying with prescriptive or conflicting regulations that may not aid cybersecurity and may unintentionally discourage rather than incentivize innovation.”

The president-elect’s response to too many government regulations is to have all department heads “submit a list of every wasteful and unnecessary regulation which kills jobs, and which does not improve public safety, and eliminate them.”

Another commission recommendation that could be addressed under a Trump administration is a requirement for all federal agencies to use the Cybersecurity Framework. According to the report, many agencies are not yet using the Cybersecurity Framework because “they are focused on the many requirements that they face, or because they do not understand how they can make productive use of the Framework within the larger context of managing their operations.”

Considering these recommendations have bipartisan support for harmonizing regulations, and that Trump has called for a Cyber Review Team to provide recommendations for safeguarding critical infrastructure, there is a chance we could see movement in this area.

Too often, agencies develop requirements for goods and services in house — under much secrecy. Once requirements are published, those in industry who dare to ask questions are told to do their homework because everything is detailed in the request for proposal. This often leads to mass confusion and unnecessary breakdowns in communication between government and industry.

One way Congress is trying to make the procurement process more efficient, particularly in the Defense Department, is by reinforcing DoD’s authority to conduct streamlined acquisitions with commercial companies under Part 12 of the Federal Acquisition Regulation, according to Federal News Radio. The provision encourages the Pentagon to use commercial standards and solutions when possible. Today, it can take years to build custom solutions that end with cost overruns and little to show for the billions that are spent.

Bottom line, governmentwide acquisition is an area ripe for the Trump administration to review and revise.

All good ideas. I hope he will jump right in and start on the cyber security thing first.

In order to promulgate a regulation, one of the criteria that an agency must meet is that the regulation is reasonably necessary to accomplish the goals of the statute the regulation is interpreting. Setting aside the fact that what is “unreasonable and unnecessary” is largely in the mind of the beholder, it is difficult to imagine an agency head declaring a regulation to be unnecessary when he had to demonstrate the necessity of the regulation to get it enacted in the first place. If I were Trump, I would issue an executive order wiping out all regulations passed in the last 8 years. Agencies would then have to justify enacting new ones to do the same things and could then not re-enact the “wasteful” ones.

If I could wave my arms and enact a federal law, one would be that no agency shall adopt a regulation to govern some sort of behavior unless it is very likely that the behavior will occur. Agencies should not be enacting regulations to govern behavior that is theoretically possible but no probability of it occurring has been demonstrated.

The 4 Components of a Great Customer Experience