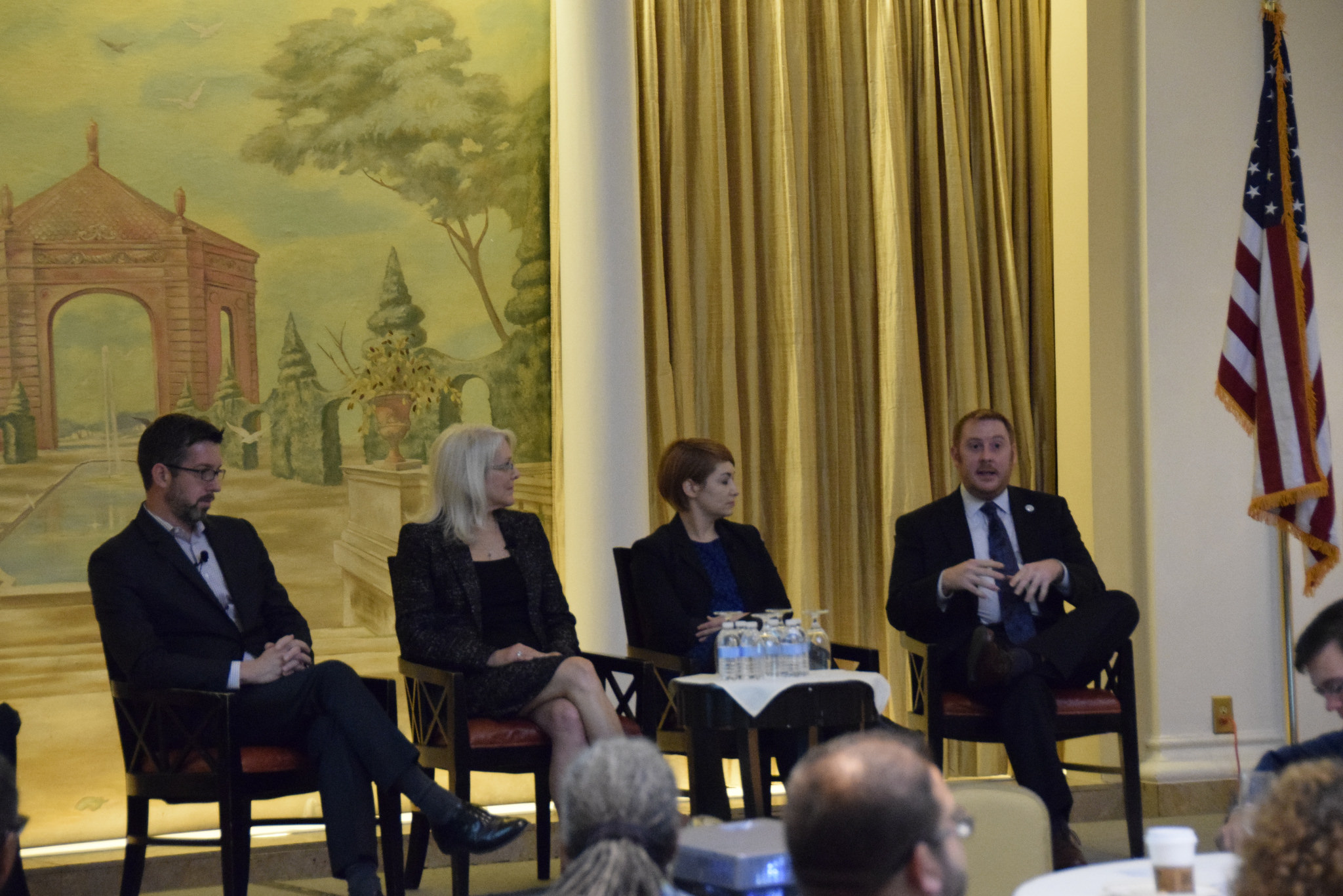 Your team has spent countless hours pulling together data, organizing it, and finally publishing it for anyone to use. Congratulations! You’ve successfully created open data. But your job is not yet done. The next step is to engage your audience with the information you’ve produced. After all, what’s the use of opening your data to the public if the public doesn’t utilize it?

At GovLoop’s recent in-person training, How to Optimize Your Open Data, we asked our audience to think about the best ways to get the public engaged in open data once it’s published. To help answer these questions, we convened a panel of four data innovators from the pubic sector:

The panelists offered invaluable pieces of advice (with real-world examples to back them up) on “How to Datapalooza.” Williams started out by emphasizing that, “You can’t assume that, if you’re releasing data, people are going to use it.” Below, we share five key lessons from our panel discussion on how to get people engaged with your data.

This sounds like an obvious tactic. If you don’t make your data accessible and usable, no one will access or use it. However, Beck pointed out that data accessible to most of your users isn’t the same thing as data accessible to all of your users. Unfortunately, when faced with pressure to cut storage budgets or decrease website complexity, organizations often look for data sets to cut. Sometimes this is necessary. Other times, removing data risks detaching users from your services.

“There are websites with data on them that’s considered irrelevant. But, if there are even a few users using it, it’s worth being made available,” said Beck. Morgan agreed: “We have to find ways to preserve as much data as possible.” The goal of making data publicly available is to get people involved in utilizing it. Rather than removing open data that has low user traffic, Beck suggests figuring out what those few users are doing with the data and how that might be expanded. Additionally, Beck pointed out that it’s worth publishing your data in every format possible to ensure that the user won’t be impeded to access due to compatibility issues. It will also allow users to easily translate your data to other applications, thereby expanding its reach.

Morgan lamented that, “The fastest way to stop a conversation about open data is to say the words ‘cybersecurity’ or ‘privacy'”. Our other panelists agreed. Especially within government, organizations tend to ere on the side of caution when determining what data can be made available to the public. However, concerns of security or privacy can unnecessarily inhibit the publication of valuable data that could engage the public.

Morgan offered an example of one such scenario. Following 9/11, the Federal Highway Administration removed its public National Bridge Inventory, due to concerns that data on bridge locations and traffic could be leveraged for future attacks. It was a valid concern. However, the team later realized that most of the information they were trying to protect was readily available elsewhere. The only difference was that these bridge details, necessary to many city planning projects, was not as well organized outside of the Department’s inventory. Upon realizing that the removal wasn’t protecting information but only making it less accessible to valid users, the Department restored the platform.

Powell offered an alternative approach to considering the risks of open data. Instead of starting out by thinking of the concerns associated with openness, think about the innovation potential of that data. In Maryland, Powell said, “Everything new we collect is by default open, unless we decide it’s not.” That’s one way to make sure you are focusing on making data as open as possible.

At an event dedicated to data, this advice was unexpected. But our panelists emphasized that data isn’t what motivates users. “People relate to the problem you’re trying to solve, not the data you’re using to solve it,” said Morgan. Instead of showing the public what your data is, publicize what it can do and how it can help them. Again, Morgan pulled from his experiences at the Department of Transportation. His organization is charged with distributing vehicle recall information, which he admitted may sound a little boring. However, safety itself is a more engaging topic to which actionable recall information is crucial. By engaging key stakeholders in the issues of safety, his team has been able to gain significant progress in getting out recall information to a wider, more engaged audience.

We spend a lot of time thinking about how open data can serve the public. However, the panelists emphasized that you should also think about how the public can help your mission. As the end-users of your information, the public can provide valuable feedback to improve your data strategies.

During the creation process, Powell urged organizations to be as transparent as possible. He identified the “pressure to get it right” as the primary benefit of this openness. In addition, transparency allows people the opportunity to understand what you’re trying to do and how you’re planning to do it. Getting the public engaged in your work as soon as possible helps create support for your projects. Use that support to build momentum and ask for recommendations that might make your project more successful.

Once your data is released to the public, work with your audience to improve it. Morgan admitted that, while his organization is stellar at releasing data, they “probably don’t release it in the best, most usable way possible”. That’s not necessarily a bad thing, as long as there are mechanisms for user feedback once your data is deployed. Powell said, “You make information available [so you can] have a bunch of people look at it and then ask them questions about it. But until you have information available, you can’t have that conversation.” In some cases, you have to rely on your end-users to tell you how to improve your open data strategy.

Use your successes to inspire other people to get involved in open data. One way to do this is to highlight your open data’s application, and involve users in moving those applications forward. This is often done through events like datapaloozas or hackathons. For instance, Beck mentioned a recent Space App Challenge, which NASA hosted to facilitate open-source solutions to issues both on Earth and in space. The program was a resounding success, resulting in 671 potential solutions. It also ensured that users were invested in the progress of NASA’s open data plans.

However, Williams, who has been involved in a number of hackathons and other open data gatherings, emphasized that expectations for one-time events should be measured. After you engage a core group through an event or campaign, you have to keep the momentum going. Morgan advocated to, “Find one thing you’re doing well. Then praise it, advertise it, and find the next person related to it to carry it forward.”

In other words, don’t just perfect your open data. Get others excited about your data and its applications. Then, take what you’ve learned from your experiences to help others get their information out to the public.

OpenFDA: Ushering in a New Era of Government