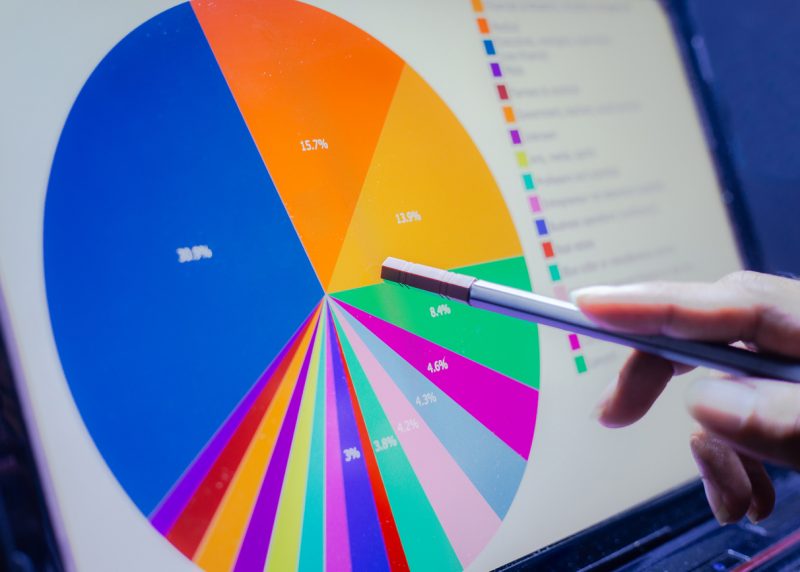 Federal spending on information technology would increase 1.7 percent to $95.7 billion in fiscal 2018 under President Donald Trump’s budget proposal — up from $94.1 billion this year.

Nearly half of that funding —  42 percent — would go toward IT infrastructure, security and management efforts, including funding for “a central Technology Modernization Fund designed to improve the management and oversight of federal IT modernization projects,” according to budget documents released Tuesday.

As with any presidential budget, this is a starting point — something that Office of Management and Budget Director Mick Mulvaney acknowledged at a press briefing prior to releasing the budget. 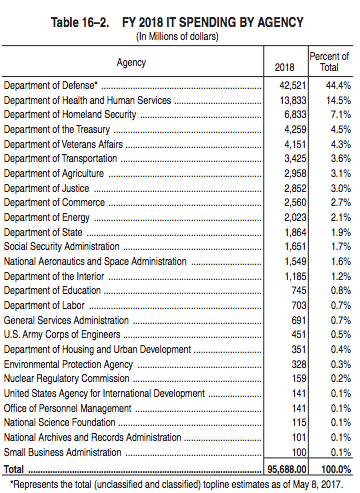 “Do I expect them to adopt this 100 percent, wholeheartedly, without any change?” said Mulvaney, who will be testifying on the Hill this week about the budget. “Absolutely not.  Do I expect them to work with the administration on trying to figure out places where we’re on the same page? Absolutely. But I don’t think it invalidates the importance, the credibility of the president’s budget just because they’re not going to pass it wholeheartedly.”

But a number of the IT initiatives called out in the budget are efforts that began under the Obama administration, such as improving digital services, and extensions of ongoing efforts in Congress, including IT modernization. The latter received bipartisan support and led to the House passing an IT modernization bill this month.

Below are other key IT funding efforts and facts included in the president’s budget:

You can view the entire budget proposal here.