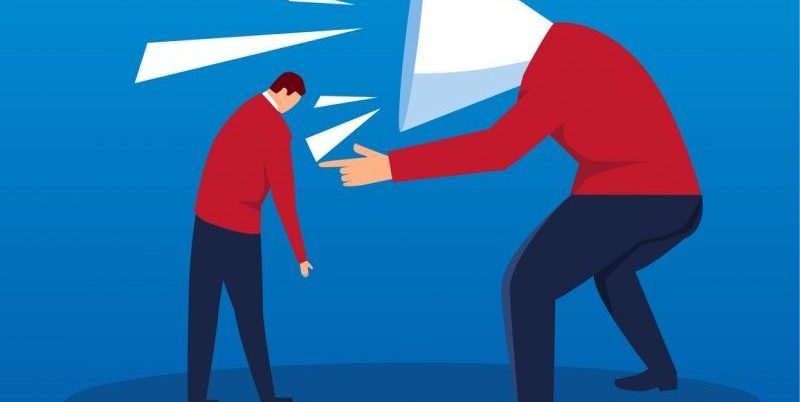 As all leaders do, Dr. Brandi Baldwin had to work through some complexes around what she believed leadership was.

“When you think about leadership as we’ve known it, quite frankly it’s been a lie,” Baldwin said.

At the opening keynote of the NextGen Government Training Summit, Baldwin dispelled the myth that leaders don’t receive help. Guess what? They do, she said. And, in fact, that was a myth she had held herself.

“I’m the saver. I’m the giver. I’m the one that is a resource for everybody else,” Baldwin said, illustrating how she approached her leadership mentality. “It stopped me from looking and saying, ‘Guess what? You need help too.’”

It takes humility to ask for help, and humility is not often a leadership quality that gets much spotlight. It’s easy to assume and associate the opposite, rather — that self-dependence and (over) confidence are the qualities most suited for leadership. But the reality is, that’s a lie.

There are a whole bunch of other lies that Baldwin dispelled and differentiated at NextGen, an annual two-day professional development summit for public servants. Here are five truths around leadership for you to consider:

Truth 1: It’s not about charisma, popularity or a title. It’s about your character.

Leadership is tough, and it isn’t about being popular. Sometimes, being a good leader means making unpopular decisions. The high-level, feel-good things you can often read about leadership online don’t encompass the everyday actions and decisions you make that build your character, whether that has to do with your reliability, transparency, integrity or humility. Your leadership doesn’t end with the riveting speech you deliver in front of your colleagues, but the way you collaborate on a difficult project or the decision-making you engage in for the good of the organization and its people.

Truth 2: There’s a difference between coping and healing.

If you’ve just been heads down, trying to get through your day to make it to the next one, going, going, going — now is a good time to take a pause. Do some self-reflecting to diagnose how resilient you have been, Baldwin said.

“There’s a difference between coping and healing. Some of you have been coping all year. You actually have not been healing from what has been going on,” Baldwin said. Take some time to diagnose yourself accurately.

Truth 3: There’s a difference between being addicted to work and having a great work ethic.

Getting more work done doesn’t mean you have a good work ethic. In fact, it could mean you’re addicted to your work, Baldwin pointed out. Having a solid work ethos means you have control over when you work and when you stop. You know when to turn it on and, most importantly, when to turn it off. You know how to say no so you’re not overwhelmed with a load that isn’t possible to handle. That’s part of stepping up as a leader.

Truth 4: There’s a difference between setting boundaries and being selfish.

“Some of you are reluctant to set boundaries because you think that’s maybe being selfish,” Baldwin said. “You think that’s not being a team player. It’s a perverted sense of what leadership is.”

Don’t give other people the power by saying that they make your life stressful because they micromanage or don’t know how to guide you. Boundaries can guide you away from those situations because they help set standards for others to see and know about you. What kinds of standards do you want to set?

Truth 5: There’s a difference between real fear and perceived fear.

“You have to get very clear right now what real fear is and what real fear is not,” Baldwin said. For instance, last year, you may have missed an opportunity to speak up for yourself in the office because you were afraid. You may have missed the chance to be a leader because you were too timid. You thought you were afraid, so you didn’t take those opportunities to develop leadership skills — but then COVID-19 hit and social unrest spilled out into the streets.

“I want to encourage you and I want to challenge you to move beyond those things that you were afraid of doing last year and move into understanding that that was maybe perceived fear,” Baldwin said. How can you overcome those limits and fears you put on yourself?