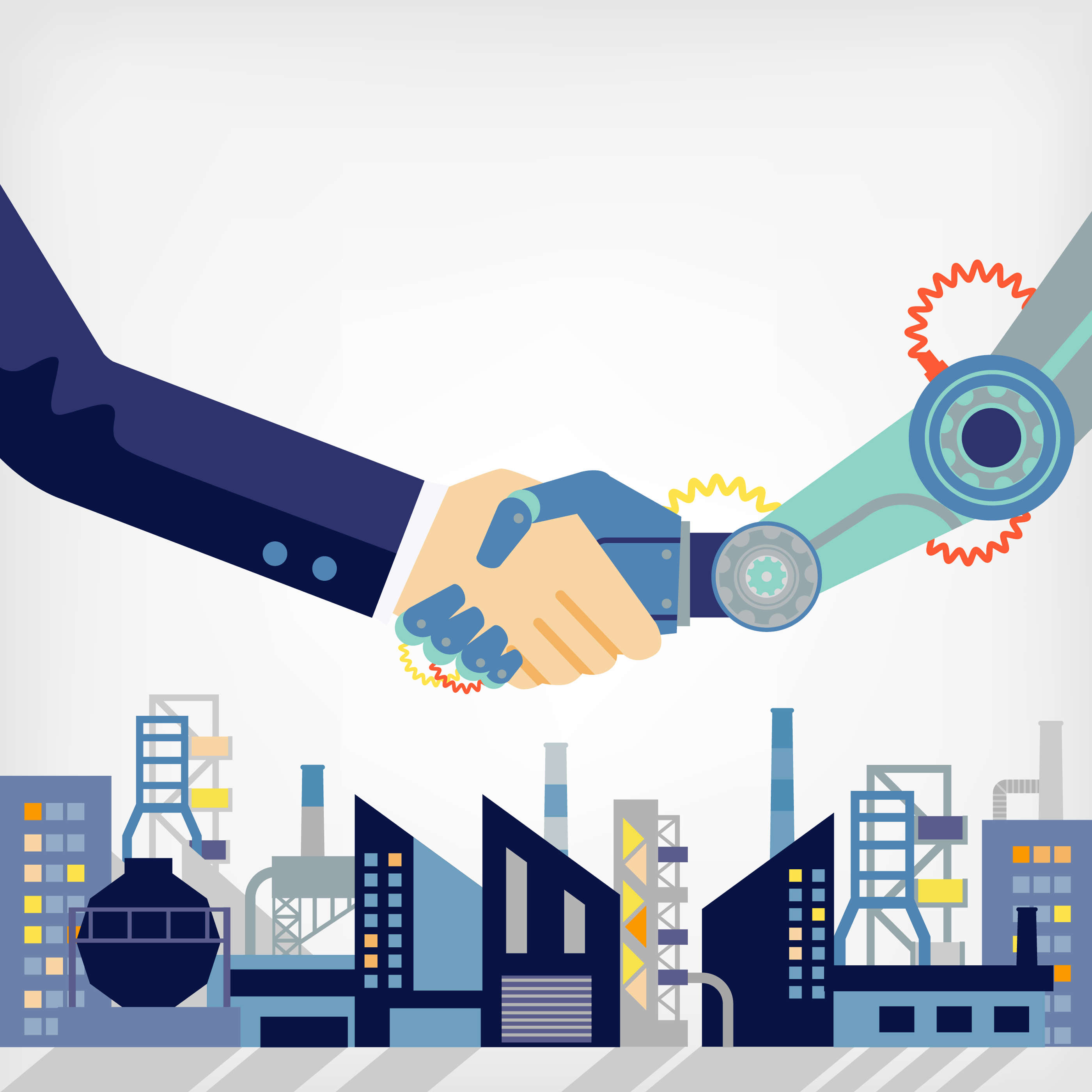 When I think about movies like Terminator or I, Robot I instantly worry about whether or not machines will take over my life. This might sound a bit dramatic or unreal, but it’s true. However, realistically though some jobs can now be done by machines. It’s both possible and logical to worry about whether or not electronics will soon be sitting in the cubicle next door.

In order to deal with these new technological innovations, Deloitte Consulting looked at how new Internet of Technology (IoT) capabilities can enhance the every day citizen’s daily work schedule in their report: Anticipate, Sense, and Respond: Connected Government and the Internet of Things.

William Eggers, Research Director, Public Sector for Deloitte Consulting, Claire Niech, and Max Meyers, Senior Consultants at Deloitte spoke with Christopher Dorobek on the DorobekINSIDER about their report and the impacts technology can have on our day-to-day lives. This robotic future is often described as the Internet of Things.

Eggers defined IoT by explaining that “almost any device now can be Internet enabled and so it is just a suite of all these embedded sensors and wirelessly connected devices.”

Although some may argue the IoT may be more efficient than a human being, these three consultants argue otherwise. They argue that we do not have to fear our machines and we do not have to worry about being kicked out of the work process.

Eggers pointed out that IoT cannot be accomplished without the human element. We are, in truth, the only way to make the system function. He continues to elaborate that the data collected comes from things such as “us moving around and interacting in our average lives.” It is from these data collection methods, Eggers explained, that “we are able to then see all sorts of patterns that were previously impossible to see.”

Meyers emphasized “that it is not a competition for what employees are really good at and really enjoy doing. In many ways, it should allow employees to dedicate more of their time to the tasks that we, as humans, are really skilled at.”

Meyers pointed out that IoT should help people not only do their job better but in ways that they find more enjoyable, if embraced.

In the report, the authors provided three ways IoT could redesign work:

Bottom line, we don’t have to fear robots. Think of IoT in the way Eggers outlined it, “We shouldn’t think of the Internet of Things as machines talking to machines, but rather, as humans with these [active] machines talking to other humans and machines.”

So let’s further integrate the Internet of Things into our daily lives-for leisure and in the work place. No need to fear the machine! Just learn to communicate with it!

(For part two of our conversation with Deloitte, click here.)

Cyber Trends that will Secure Platforms Before the Breach