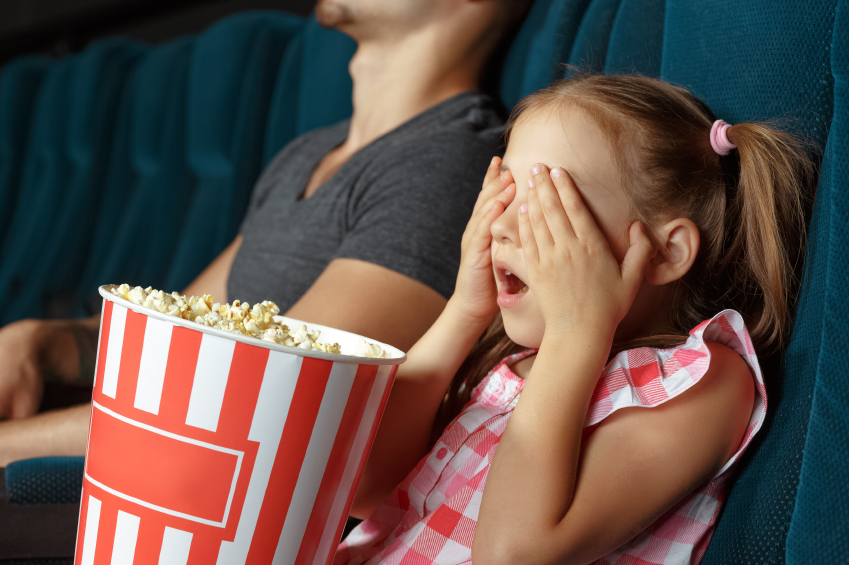 While we have outgrown many things, like baby food, safety scissors, and napping in public with impunity, there are some parts of our childhood that stay with us forever. The movies we watched are one such example. What gives Disney and Pixar films staying power are the lessons they can teach us at all stages of our lives. As we begin our careers, we can turn to these movies for guidance in the workplace.

Without further ado, here are 10 Disney and Pixar movies that can teach us about our work:

I’ll be honest: I don’t like bugs. Even so, I have a soft spot for the anthropomorphized critters of A Bug’s Life. With their bright colors, charming personalities, and miniature circuses, it’s hard not to be delighted. Amidst all that, though, lie important lessons about creativity and impact.

Flik is just one ant, but his impact surpasses his size. His pursuit of creativity and innovation leads to a long-term solution for the problems his colony faces, but he also confused novelty for effectiveness in some cases. Take the circus troupe, for example. Creativity is a welcome force in the workplace, but it should be pursued with care as shiny new options may seem more effective than they really are. However, when done right, innovative solutions can help one simple ant make a real difference in the world.

Like all good adaptations of Shakespeare, the Lion King benefits from the addition of a meerkat and a warthog. Starting a job, beginning your career, and avoiding royal responsibilities are all serious tasks, but getting caught up in the stress and the worries of it all isn’t productive.

So take it from Timon and Pumbaa: hakuna matata. No worries, for the rest of your days? Sounds pretty compelling. While Timon and Pumbaa might take it to the extreme, it’s important to remember that stressing about things unnecessarily doesn’t help anything. In any job, things will go awry. You’ll have to work with limited resources. You’ll have to compromise on important issues. But as frustrating as each of these things are, hakuna matata, and move onto our next lesson.

Finding Dory swims into theaters this summer, which means it’s time to remember the original. While Marlin and Nemo provide several important lessons about growing up, family, and responsibility, it’s Dory, our friendly forgetful regal tang, who produces one of the most important takeaways from the film. Just keep on swimming.

Starting a new job is full of challenges, especially for millennials, and it’s easy to be discouraged by red tape, paperwork, and a lack of progress. Marlin and Dory face a seemingly insurmountable challenge when they search for Nemo, but they just keep swimming and make it from the Great Barrier Reef to Sydney Harbour. While we can’t measure progress in the same way in the government, consistent efforts in the face of obstacles are just as necessary to produce results.

It’s easy to forget that the government is not a singular entity. It doesn’t help that we often talk about it like it is. However, we have to remind ourselves that our government is made up of individual people performing their own jobs. Individually, we can achieve some things, but as a team, we can always make our way back to Andy.

Woody and Buzz Lightyear are one of Pixar’s greatest duos, but they weren’t always so close. Jealousy and competition marred the first days of their relationship, creating strife among the toys. However, when they started to work together as a team, they made their way back to Andy and developed a strong new relationship. As part of the public sector, when we work together, we can achieve great things and create valuable new relationships.

Our work would probably be much easier if we had super speed or invisibility. But, alas, that is not the case. Even without superpowers, though, millennials can learn lessons from The Incredibles, such as the importance of communication and the value of combining skills.

Mr. Incredible’s skills are pretty impressive, but super strength can’t solve every problem. Sometimes what you need is elasticity. Similarly, at work, solving problems demands a variety of skills and approaches. Understand what your skills are and how those skills can play off your coworkers’ strengths. This requires open communication and collaboration. You can do a lot on your own, but you can do a lot more with your partners.

It’s important to note that I don’t think you should compare your office to a bunch of rowdy monsters, but there are definitely lessons we can learn from the friendly (and not so friendly) denizens of Monstropolis. Sully and Mike remind us of the importance of taking risks and challenging the status quo when appropriate.

Human children are toxic and their screams are needed to power the city. These are the two “truths” on which Monstropolis rests. However, Sully and Mike are forced to question their validity with the arrival of Boo. Maybe humans aren’t so scary, and maybe there’s another way to power the city. When millennials start a new job, the status quo can seem like it’s written in stone, but it’s important to speak up when processes can be improved.

While Monsters, Inc. teaches us about the importance of change, WALL-E reminds us to consider the beauty of what we do. In any job, but especially government, it can be difficult to see how our individual, daily tasks have any greater meaning. How can our actions make a difference? What’s the point of it all?

First, we should take a moment to be grateful that we’re not robots whose only task is to clean up waste on an abandoned planet. But even when faced with such a thankless task, WALL-E still finds a way to make his job enjoyable. Instead of viewing the refuse covering the planet as simple trash, he sees the potential in it. There is pleasure to be found in any task, and finding that pleasure will help us love our jobs and do those jobs better.

The hero, Fix-It Felix, of the game gets the medals and the parties, while Ralph is feared and disliked. However, when Ralph leaves the game, its inhabitants realize how important he was all along. Don’t learn this lesson too late—even the less exciting roles are critical for mission success. Make sure everyone gets recognized for their hard work.

The Princess and the Frog

Pinocchio brought us the song “When You Wish Upon A Star,” popularizing the idea that twinkling stars can make your dreams come true. Sixty-nine years later, The Princess and the Frog is released, and Tiana groans, “It serves me right for wishing on stars. The only way to get what you want in this world is through hard work.”

It doesn’t hurt to spare a minute on wishes and stars, but we shouldn’t forget to combine that with some elbow grease. Millennials have to battle the pervasive stereotype that we’re lazy and entitled, and hard work is the best way to combat those perceptions. In addition, having a dream, like Tiana and her restaurant, helps provide a structure to career paths. However, as Naveen reminds us, we shouldn’t forget to take some time to have fun as well.

Do you have a bear in your office? Large, grumbly, frequents salmon runs for food? Maybe not, but we all have to deal with people we have trouble connecting with. That’s the problem that Kenai faces when he receives his totem, the bear of love. However, in Kenai’s eyes, there is no love in bears, just thievery.

Kenai is forced to address his preconceptions in a very literal way when he is turned into a bear, but fortunately or not so fortunately, it isn’t as easy in our world. While we can’t turn into a person or problem we have trouble understanding, we can make conscious efforts to understand issues from different perspectives.

Keep a little bit of your childhood with you as you navigate the workplace. And who knows, maybe one day they’ll bring back nap time. If you have any lessons from your favorite movies, share them in the comments!

Cinderella – Once you have the right dress and a great pair of shoes all your dreams will come true. Until you can get that dress and shoes, though, you need to work hard, develop your resilience, overcome obstacles, accept help from friends, and learn to see the magic in situations that others might miss.

This is a great lesson! Thank you!

AWESOME! Have a magical day, Sonia!

Thank you! I hope your day is magical as well.

Love your blog as I am a kid at heart for Disney movies and embracing the life lessons they teach us. I especially like the lesson of “letting go” in Toy Story 3. In TS3, Andy is heading off to college. While Woody and the gang were a significant part of his childhood, Andy learns that to move forward into adulthood, he must let go of aspects of his childhood. The application to our work life is that sometimes we have to “let go” of workflows or procedures– even if those processes worked well– so we can move forward to be more efficient, innovative, or creative. Staying stuck in the past can stifle innovation.

That’s a really valuable lesson–thank you for sharing!

10 Stats That Explain Gov’s IT Dilemma