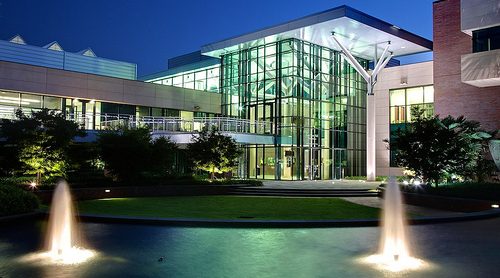 In recent years, Cary, North Carolina has been gearing up to become the world’s next smart city, going as far as turning their Town Hall campus into a smart “mini-city,” complete with smart parking, traffic management, citizen engagement and more.

Nicole Raimundo, Cary’s CIO, is at the center of this push. GovLoop recently interviewed Raimundo to gain a better understanding of Cary’s smart-city goals, cybersecurity and talent acquisition.

GovLoop: Tell me about becoming Cary’s CIO. What drew you to tech?

RAIMUNDO: I’ve been in technology for a long time. I worked in private industry and spent about 10 years at Fidelity Investment in their systems company, leading onshore and offshore development teams. I relocated with them to North Carolina from Boston. I was looking for a change, so I took a position in the public sector over with the city of Raleigh. I was their Chief Operating Officer before the opportunity came up as a CIO over in Cary. I was excited about that opportunity to come here and it’s been great.

GOVLOOP: What about tech motivates you to take these positions?

RAIMUNDO: I think the exciting part about technology is probably something that also drives people away, which is the rate of change. I find that exciting. As tech evolves, the impact that it has on people and their daily lives in ways that we, especially in the public sector, can improve, that is empowering. That’s especially true at the municipal level, where you are as close to the people as you can get. Being able to impact people’s lives daily is what drives me to public sector tech. 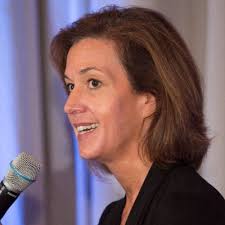 GOVLOOP: What are some changes that you’ve experienced during your time as Cary’s CIO?

RAIMUNDO: We’ve really spent the last three years modernizing IT. We’ve done some simple things that have had a big impact internally, such as put wireless in our campus in our other building. We’re moving towards mobile devices, and then accompanying that with our move to cloud. We have a platform strategy in place to eventually get rid of all the disparate systems that we have.

One of the big things that we’ve been able to do is test a field service application. We’re able to have our public works field service folks use devices so they’re able to communicate in the field, take work orders and evolve above that. Anytime, anyplace, having the information. That has been transformational for those folks. We have a picture of one of our manager’s desks that was doing all the work orders by paper, and it’s not quite floor-to-ceiling, but almost. Going from that manual process to automation, putting tools in these folks’ hands and watching them and their skills be elevated. The ability to make our service that much better and easier has been fun to watch.

GOVLOOP: Cary has been pushing toward becoming a smart city. Is that Cary’s big priority as you move forward? How does the One Cary initiative play into that?

RAIMUNDO: One Cary is one of our major initiatives. We walk through scenarios of when someone enters Cary, whether going to work or to a park, whatever it may be, what are all those touchpoints that they have in Cary that we could automate to make their lives better. We are trying to push out things that you use in your personal life. For example, text messaging. We have pilots in our dog park and other places around campus where you can text 311 and someone can immediately help you. We’re looking at ways to use technology you already use and automating the processes as we go.

In terms of smart cities, I think of it more as a connected community. It’s all about that preemptive service and having it automated so that we can elevate the skills of folks internally and move away from some of the manual processes. Our approach to smart cities was to build out our campus and use it as a lab to test the technologies first. We have smart lighting, smart parking on campus and a few other things.

For us, it was really important to do this for a couple reasons. One was, when we started down this path a couple years ago, it wasn’t skepticism toward smart technologies, but I think a lot of folks didn’t understand it or see what the value was. I think by building it out on the campus, and even letting our own internal folks see it, and touch it, and understand it, we can build a trust. And then our communities, as we work with community partners as well. I think we built this trust as a foundation which is critical for municipalities to do because these things do cost money at the end of the day. You need to showcase that you’re thoughtful about your approach.

GOVLOOP: Has Cary been moving toward any tech innovations?

RAIMUNDO: We’re looking at drones. We have a whole committee that’s putting together the policy. The policy part is always the hardest. It’s not the technology. They’re looking at the policies around drones and how they’re going to be used. I would imagine by the end of this year we’ll have purchased at least one and will be working through how that works. There are obvious uses with public safety. If there was a crash to look at, we’ll be able to capture that. It’s also things like our tower inspections. I think there’s plenty of uses for it today. And I think we’ll start to see more uses of it. I’m just wondering how crowded our skies are going to get. But I think there are tons of applications for it. And again, these will be things that we’ll pilot and see how they go, whether they’re worth moving it forward.

GOVLOOP: As Cary is modernizing their IT, what cybersecurity challenges have you faced?

RAIMUNDO: Let’s be honest, everyone’s worried about cybersecurity. We see other communities, unfortunately, dealing with hacking incidents. And I don’t think anybody is immune. We look at security first and make sure that we’re doing the best that we can. We have a lot of internal practices around training our own folks. Especially with phishing scams, they have become sophisticated and they target folks where it looks like it’s coming from someone internal, especially our HR and Finance department. We make sure to run training on that. We also do our own internal where we send it out to see who will click on it. Thankfully, it’s been low on those. But it is getting more sophisticated.

With the hurricane [Florence], we’re about to send out an email reminding folks to be careful and be aware because there are, unfortunately, bad actors that are going to take advantage of the horrible situation. I think we do a great job keeping ourselves secure. I don’t like to talk about security because I feel like I’m jinxing myself. But the more that you can educate your staff internally, that’s your best defense. We spend a lot of time working with our staff and people that are coming in and doing lots of education and tests. We obviously have the layers of security that we put in to protect ourselves, but most of the time a lot of it comes from someone clicking on an email, unfortunately. It comes back to all those basic trainings that you just have to keep going through.

GOVLOOP: How have you worked to recruit tech talent?

RAIMUNDO: We have to do it a couple different ways. Our community college is a technical community college, so we partner with them and bring in interns from the school and work with the school on projects. We also hire high school and college students in the summer, and our hope is to get them in young and understand everything that goes into running a town or a city to get them excited about government again. I think cultivating that is really important to get people to understand that government is cool.

Once they get here and understand the body of work, they’re excited and they don’t want to leave. It’s that initial hurdle of getting people excited about coming into government, but if the work is interesting, it overcomes that. Retaining hasn’t been so much of an issue. We have physically changed our office to make it look more like a startup. We’ve taken down all of the walls, and so it’s open space. We’ve made it more enticing for folks to come in. And we’re using agile methodologies. They have scrum standups every day in our application team. So, they are getting an experience much like they would get somewhere else.

GOVLOOP: Do you have any recommendations for other cities looking to make similar tech advancements?

RAIMUNDO: I often tell people that, here in Cary, we still live in two worlds. We have a mainframe, and we’ll probably have one for a while. It’s our vintage technology. I think people don’t know where to start, and you get hung up on the fact that you have older technology, whether it’s a mainframe or not. And you certainly can live in both worlds. It’s just being able to think about how to start, where’s the best place to start and where you’re going to get that value from, and keep moving forward.

For us, having a platform strategy is the best way to do it, but it can take a long time. Internally, we’re going through a huge transformation. It’s important for us that we are working across all the departments to break down all the silo walls. We are teaching folks in other departments technology skills. Training all of our folks in our department and sharing that information breaks down all those silo walls and puts everybody on a much more even playing field. In order to drive transformation, you have to start with your people.