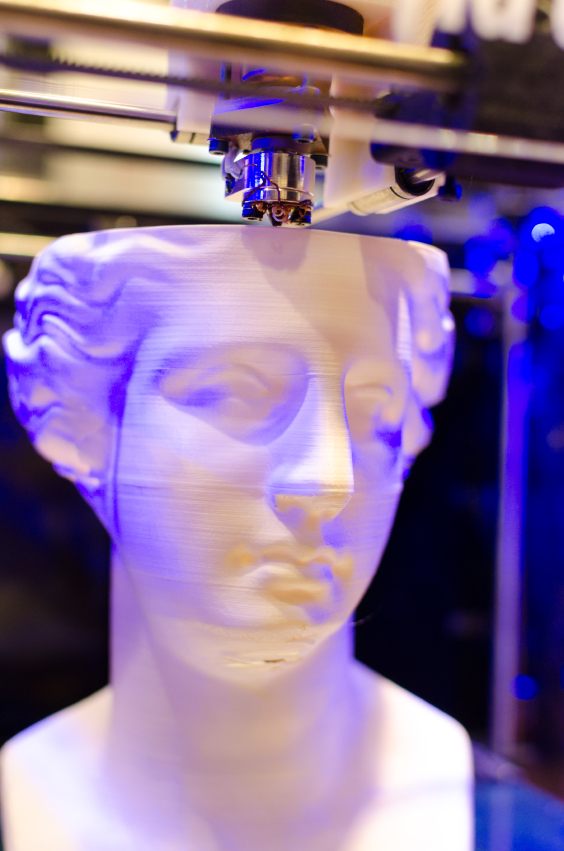 3D printing has the potential to change everything.

Imagine a manufacturing revolution where the average person can make anything they want from digital designs. In this revolution those with the most to gain aren’t major companies but the consumers.

Adam Metallo, Günter Waibel, and Vincent Rossi are leading the way in 3D printing and empowering the public along the way. The trio brings life to the Smithsonian Institute as they scan the museum’s most treasured artifacts and make them available to the general public. If you’re looking for remnants of the Civil War, life-mask casts of President Lincoln, or your favorite dinosaur’s fossils, then you may soon find them all online.

Vincent Rossi, 3D Program Officer at the Smithsonian Institution told Chris Dorobek on the DorobekINSIDER program, about how they’ve increased the Smithsonian’s scope from the 30 million on-site visitors to anyone in the world with an internet connection.

For his work, Rossi has been named a finalist for the Service to America Medals, also known as the Sammies – the Oscars for federal employees.

The Smithsonian’s cache of history is being digitized everyday. They have even taken the lengths to “scan entire archeological sites.” During one instance, 3D scanning helped measure eight fossilized whales in Chile.

“3D scanning is nothing but measurement,” said Rossi. “We’re collecting millions of data points on the surface of an object.”

But this measurement takes time and effort. Less than 1% of the Smithsonian’s 137 million items are on public display at any given moment. This means that the process of scanning the museum’s items will take years. But Rossi believes that their rate of 3D printing will grow exponentially in the future.

“We’re currently 3D scanning the nation’s T. Rex on public display at the Natural History Museum in Washington D.C.” said Rossi. “That’s happening bone by bone, so we have a person there operating a handheld scanner, scanning the 200 bones that make up the T. Rex. That data will be downloadable and accessible through our viewer. But we’re looking at ways to scale up and go from 3D scanning individual objects to scanning entire collections.”

Today, they can scan more quickly accurately than ever before. Surprisingly, 3D printing has been around for a quarter century but is now significantly “more accessible and democratized,” according to Rossi.

Right now there is an educational gap between students who have access to valuable information and those who remain in the dark. Rossi and his team are able to lessen that gap with his work.

Students don’t have to be inside the Smithsonian facility to view the museum’s contents. Rossi says the Smithsonian team is wrapping STEM curriculum around the 3D models and stresses the personal connection gained from seeing such an accurate representation.

“We’re engaging today’s youth with the technology hook,” said Rossi. “They’re learning about engineering technology, at the same time they’re learning about history. So we can wrap our lesson plan around these 3D printable models. If you don’t have a 3D printer at home, you’re still able to interact with the objects; you can spin them around on the screen. And we also built in a storytelling feature, so you can investigate the history of these objects.”

Head to 3d.si.eduand use the web GL 3D viewer to see some of Rossi’s work on display.