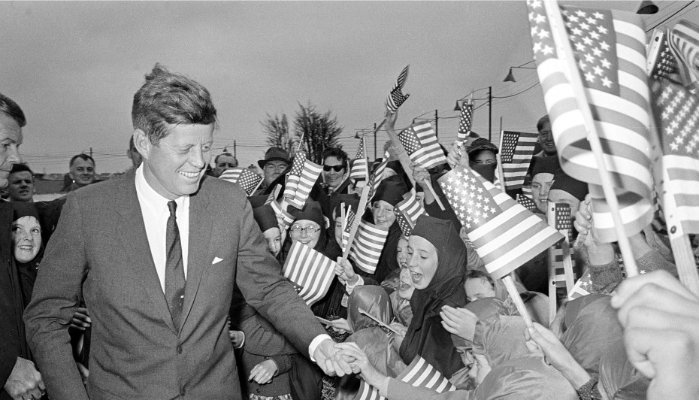 The date was Nov. 22, 1963. The place was Dallas, Texas. The historic tragedy was the assassination of President John F. Kennedy (JFK). He was the youngest American President ever elected, at age 43, and the youngest to die in office.

President Kennedy would have been 100 years old on May 29, 2017. He remains one of the most beloved and popular presidents in American history because of his bold vision and vital leadership during challenging times.

“Kennedy was president for just 1,036 days,” notes the Washington Post in a recent article. “But in a 2013 Gallup poll, 74 percent of Americans ranked his presidency as either ‘outstanding’ or ‘above average,’ the highest of any president since World War II.”

That’s why all generations can learn valuable leadership lessons from JFK 100 years after his birth. Following are five leadership examples which stand out for me:

Two critically important issues which exemplified JFK’s leadership, and encompass the points above, are civil rights and space exploration. The 35th President’s risk-taking actions and vital leadership on these issues resulted in historic accomplishments which altered the course of American history.

JFK inspired America to thrive in space exploration and move the moral compass of the nation on civil rights.

President Kennedy occupied the Oval Office during one of the most turbulent times of the post-World War II era. The non-violent civil rights movement led by Rev. Martin Luther King, Jr. (MLK) was growing across the South and having a deep social impact on the conscience of the country — for blacks and whites alike.

It was a time of intense social upheaval and uncertainty. America faced a crossroads in the fight for equal opportunity for all citizens.

JFK played a pivotal role in persuading whites about the importance of civil rights for black Americans, who faced daily discrimination in many aspects of society.

JFK successfully framed the civil rights debate as a historic struggle for basic civil and human rights for all citizens under the U.S. Constitution. JFK also used his formidable communication skills to drive home this message in the new era of TV news — similar to how President Franklin D. Roosevelt leveraged radio to directly address Americans via his “Fireside Chats.

Among his civil rights achievements, JFK fought for and signed the Equal Pay Act of 1963 and set the stage for the subsequent passage of the Civil Rights Act of 1964. This landmark law fundamentally altered how blacks were treated in nearly all aspects of public life.

To demonstrate his leadership and command of communication in the TV age, JFK delivered a consequential nationally televised address (watch video) on June 11, 1963, during the height of the civil rights struggle. The young president told a weary nation:

“We are confronted primarily with a moral issue. It is as old as the scriptures and it is as clear as the American Constitution. This nation, for all its hopes and all its boasts, will not be fully free until all of its citizens are free.” — JFK

In addition to his civil rights record, JFK made a huge social impact on America in his quest to land the first men on the moon. He restored public confidence and pride in the U.S. space program. Moreover, he inspired the nation to dream big and take risks.

Again, the young president harnessed his unique leadership skills to galvanize America. He persuaded Congress to super-size NASA’s budget to an unprecedented funding level which made the moon mission a historic success.

JFK understood the critical importance of America leading the world in space exploration, research and technology. This took place as America’s arch nemesis, the former Soviet Union (USSR), was winning the so-called Space Race by launching the first cosmonaut into low-Earth orbit.

According to the book, Ten Presidents and NASA: “On May 25, 1961, Kennedy addressed a joint session of Congress to announce his decision to go to the moon. He backed up this decision with remarkable financial commitments.” 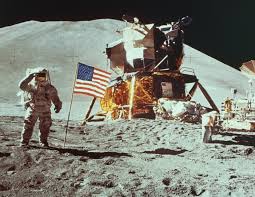 Under JFK, NASA’s budget was boosted by 89 percent in one year, and then by another walloping 101 percent the following year.

As JFK said during his famous “moon speech” (full text) in September 1962:

“I regard the decision to shift our efforts in space from low to high gear as among the most important decisions that will be made during my presidency.”

In hindsight, JFK helped transform NASA into a crown jewel of public sector innovation and a global role model for groundbreaking space science research and technology in the decades to come.

We can all take a cue from JFK’s lasting legacy of leadership. He helped change the very fabric of society and bring out the best in Americans.

President Kennedy transcended the times by leading ordinary citizens to dream of what was once unimaginable and to achieve what was once thought impossible from civil rights to space exploration and other significant issues. He restored pride in America at home and exerted global leadership aboard

John F. Kennedy remains one of the most popular and beloved American Presidents more than 50 years after his untimely death and 100 years since he was born.

That’s why JFK’s vital leadership lessons will likely live on for the next century and beyond for future generations to learn from and benefit — and for good reason.

What do YOU think about JFK’s impact on the USA and the world?

ABOUT THE AUTHOR: I’m an independent writer and former featured blogger for GovLoop. I’m also a strategic communications advisor with over 20 years of experience in the federal government — including work in the White House, Congress, and federal agencies. You can find me on Twitter, Medium, LinkedIn.

Kennedy is the most over-rated president in the history of the USA. The Cuban Missile Crisis was his fault. It brought us to the brink of nuclear war. The Russians already had the capability to hit the USA with nuclear warheads. Putting nukes in Cuba did nothing to change this narrative.

The Bay of Pigs invasion was his fault. It was a complete failure and its impact is one of the reasons Cuba is a communist nation still today.

He escalated the USA’s involvement in the Vietnam War which influenced his successor, Lyndon Johnson to continue the build up.

He continue the role of the USA as the policeman of the world by authorizing an 1963 ill-advised coup against a Soviet military leader of Iraq. The coup put the Iraqi Baath party in power, setting the stage for Saddam Hussein’s decades-long rule over the nation. We know how this story ends for the USA.

He was way too late to the party for civil rights. It took him 2 years to support the Civil Rights Act and he took his sweet time implementing the Brown vs. Board of Education desegregation decision at the request of Southern Democrats.

Can anyone tell me any major domestic legislation signed by Kennedy of any significance?

Kennedy was a great public speaker and his death was traumatic for the USA but lets evaluate his presidency on the merits of his accomplishments. He was not a very good president.

Thanks very much for sharing your valuable feedback, Richard, which is appreciated. It strikes me that you are not a fan of JFK, which is certainly your prerogative. Moreover, it’s critically important for all views to be heard in an open online discussion forum like this one. Therefore, while I respect your comments and views, I also respectfully disagree with them.
Please note that in addition to the landmark Equal Pay Act of 1963 to enhance gender equality for women in the workplace (which I note above), here’s a comprehensive annual listing of milestones for each year of the JFK presidency https://www.jfklibrary.org/Research/Research-Aids/Ready-Reference/Selected-Milestones-of-the-Kennedy-Presidency.aspx
I also suggest you check out the website of the JFK Presidential Library and Museum for further information of his legislative agenda and overall accomplishments https://www.jfklibrary.org/
Thanks again for taking the time to read this post and share your important insights.

Ladies and Gentlemen, Start Your Engines!

Augmented Reality or Virtual Reality? And the Winner Is….