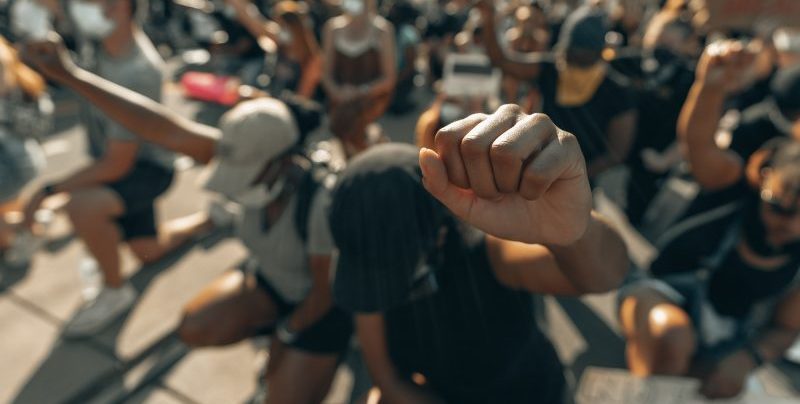 The 2020 pandemic has exposed many flaws that had previously been camouflaged by materialistic distractions. One flaw, in particular, is not a new issue that arose during the last months: Racism is a centuries-old issue that remains unresolved.

According to the Anti-Defamation League, racism is the marginalization and/or oppression of people of color based on a socially constructed racial hierarchy that privileges white people. This belief system has been applied to many parts of our lives to manifest turmoil among millions, causing long-term mental and physical hardships. It is time to take a stand, publicly denounce racism and promote inclusion.

This can be executed in many ways. For instance, people have come together to organize protests and bring awareness to racism and its detrimental effects, especially among people of color. Individuals who actively speak up when they witness others being treated unfairly in personal or professional settings also help promote the common goal of equality for all. It is crucial to develop effective methods to promote diversity and inclusion in order to remain sustainable as a society post-COVID- 19. A major way this can be enforced is by utilizing the platforms promoted by the companies we consume and are employed by daily.

Before these establishments can advocate effectively, it is important to examine how racism has historically affected the workforce.

The idea of racism was purposely created to help structure the foundation of staple entities in our lives. Known as systemic racism, the infrastructures in place deliberately exclude or disadvantage certain groups due to their ethnic makeup. This system has been historically expressed through macroaggressions. They are the act of using action or omission to oppress a group of people deemed inferior due to the color of their skin.

In the workplace, these macroaggressions are upheld by enforcing explicit policies that purposely target certain groups of people by highlighting unwanted factors unrelated to the position at hand. For example, the Garcia v. Gloor ruling allowed employers to enforce an “English-only” policy in their offices and justified firing those who spoke other languages while at work. It was also ruled in 2016 that employers can refuse to hire someone simply because they are wearing dreadlocks. These types of laws give employers the discretion to hire someone for irrelevant qualities that have nothing to do with a person’s resume or professional credentials.

Microaggressions refer to how racism is represented through our daily interactions with others. They are displayed through verbal, behavioral and environmental indignities that communicate hostile, derogatory or negative slights to marginalized individuals and groups. They can be expressed in three different forms: microassaults, microinsults and microinvalidations.

Microassaults are direct actions a person takes in order to influence negative racial tensions with another individual. A microassault occurs when a coworker intentionally makes a racist joke then claims to be the victim when confronted. Another form of microassault can happen when a supervisor closely monitors employees of a marginalized background throughout the day but allows their counterparts to complete work on their own without interruption.

Microinsults are direct or indirect behaviors a person displays that projects disrespect or insensitivity in reference to their race. Examples include when a coworker reveals they are impressed by the way a nonwhite employee speaks, implying that English is not their first language. Another example is when a coworker inquires and questions how an employee of color is qualified for the same position as another, usually white, employee. This is the type of coworker that assumes it is impossible the employee of color was qualified for the position with their professional portfolio alone. Some are unaware of using microinsults against others. However, it’s important to address this issue as soon as it occurs to prevent those from continually using them in the future.

Microinvalidations are direct or indirect steps one takes in order to exclude a person due to their race or ethnicity. These are hard to prove in certain settings because the instigators are likely to deny that their actions had any malicious intent. For instance, microinvalidations occur when marginalized employees are purposely ignored at work meetings even when they try to voice their opinions. Before those employees build the courage to confront this issue, they must collect enough evidence to prove that this action was purposefully targeted at them because of their race or ethnicity.

Promoting Anti-Racism in the Workplace Today

Many media outlets, celebrities and various corporations are using their platforms to bring awareness to anti-racism. However, this action alone is not enough. Anti-racism is the active process of identifying and eliminating racism. This is achieved through redistributing power from those who greatly benefit from the current organizational structures in place to marginalized groups to create social and economic equality. It is up to leaders from all settings (local and global) to take active steps to put a stop to practices that uphold the status quo and support racism.

Company leaders can start actively promoting inclusion through initiating open communication with and among their workers.  It is important that employers take this opportunity to jump-start conversations that help educate others about the recent injustices discussed in the media. This statement should also include the organization’s commitment to take diligent measures to ensure all of its employees are treated equally and feel included in the workplace.

With many in the workforce working from home, this goal can be accomplished through alternative avenues that are as effective as typical methods in traditional settings. Facilities can host virtual trainings for employees to review the discrimination and harassment policies of the workplace. Managers and supervisors can also promote inclusion by initiating virtual conversations where employees can safely discuss their feelings and personal experiences in regards to racial issues. It is crucial that employers obtain different viewpoints and ideas from all levels of employees within the company to maintain an inclusive environment at work.

Briana Richardson-Jones serves as a Justice Department (DOJ) program analyst. Before becoming a federal employee, she pursued a Bachelor of Arts in English and a Master’s of Science in criminology with a public policy concentration. She believes she can help prospective and new employees navigate government efficiently while currently doing the same. Briana has discovered creative tips that can help others “work smarter” in the future. She also plans on combining her love for writing and criminal justice to educate readers about current events and community issues affecting people worldwide.

Photo by Clay Banks on Unsplash