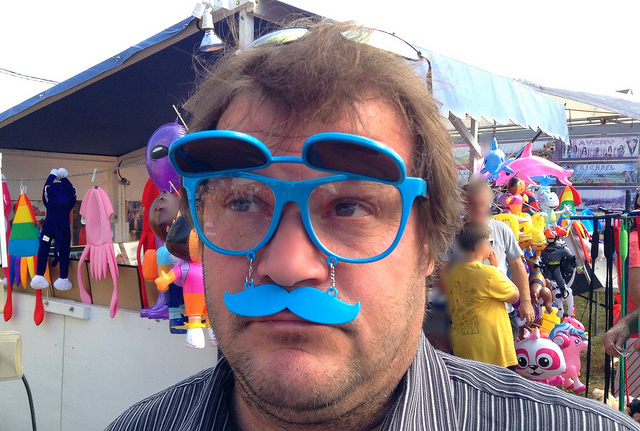 I believe “American Horror Story” (Season 1 free to watch online if you have Amazon Prime) has solved the bullying problem in America’s high schools.

All you have to do is go up to the lead bully, offer her cocaine in exchange for some peace of mind, lure her to your home, then have a friend induce the demons that live in your basement to attack her and gnaw off a piece of her cheek.

Because as the young bullying victim states, “I’m not afraid of anything” – not even the things that would scare the bejeezus out of a healthy normal adult.

Everyone is talking about the horrific rape claim that recently emerged from UVA. While some claim it’s a hoax (?!) the general cultural climate is a problem, as other students tell the media. And we know that campus rape is epidemic.

Who would voluntarily walk toward an attacker? Either somebody at gunpoint, or somebody who’s been sold a false bill of goods – i.e., that going to frat parties is super cool, fun and won’t get you in a bit of trouble.

Parents fall prey to the cool craze themselves. What father or mother would send their daughter away knowing that she had a 1 in 5 chance of being raped? And that only 1 out of every 100 attackers would be punished?

But they might be worn down, and they might look away from the obvious concerns, if their daughter begged them enough, and invoked “what everyone else is doing”:

That elusive, desperate quest to be cool. It’s fine for a Sunday at the mall – not so fine for most of the rest of our lives.

Imagine you’re a CEO, of a Fortune 500 company. The staff wants a gigantic swimming pool in the lobby. Uh, that would be a No.

You love your kids, and you want your employees to be engaged as well – but managing by peer pressure is crazy.

Let’s hear it for the Squares.

“Mom, can we go out to the party tonight?”

“It depends, when will you be back?”

“Then the answer is No.”

There is nothing uncool about setting limits.

Dr. Dannielle Blumenthal is a seasoned communications professional with nearly two decades of progressive, varied experience in the public sector, private sector, and academia. Currently she is a public servant, as well as an independent freelance writer. This blog, like all of her public content, is written in her personal capacity unless otherwise noted. It does not reflect the views of the U.S. government, in whole or in part. Photo by Mike Mozart via Flickr (Creative Commons).

Thanks for reminder that it’s good to set limits and boundaries. However, I think it’s also important to explain why they are there so that when you ARE on your own and making your own limits, you have all the information.