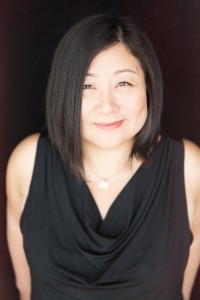 Regardless of whether you are celebrating or frustrated with the results of the midterm elections, it is clear that people want our leaders to work together to get things done. But working together with our citizens is already showing results in cities across the country, where well-organized volunteerism is making a difference.

Cities throughout the country have shown that collaboration with our citizens and well-organized volunteerism can be an effective way to solve problems. Cities serve as laboratories for innovation, taking advantage of their intimacy and flexibility to develop new ways to solve society’s problems. From education for the underserved and beautification of public areas to environmental stewardship and energy efficiency, cities are churning away at producing solutions to problems both large and small. Everyone is playing a part – mayors, non-profits and citizens are working together to make a real and measurable impact on their communities.

Here are a few examples of mayors who are using volunteerism to solve problems in their cities:

Working together with organizations such as the Corporation for National, Community Service AmeriCorps and HandsOn, as well as local parks departments and other city agencies, shows that mayors are engaging and empowering their citizens to make real change in their own communities. Mayors are also collaborating to learn from one another by sharing lessons learned.

When it comes to bringing about large and small civic changes that touch people’s lives, members of the newly-elected Congress need only observe their neighbors and friends. Through these partnerships, members of Congress will find not just innovative policy ideas, but also examples of effective collaboration of leaders using their power to bring people together. Learning from these innovators is the best way to make our entire country a safer, cleaner and stronger place to live.

Myung Leeis the executive director of Cities of Service, a network of municipal governments that leverages citizen service to address local challenges.

Great projects in Flint and Birmingham, leveraging citizen volunteers to accomplish great good for their cities. I wonder what would happen if a foundation established a competition to get other cities involved in similar clean up projects – how much could they clean up and how quickly? Would be fun to see if that mobilizes citizens even more.

The Surprising Missing Link in Your Organization’s IT Security Strategy

Talent Analytics and Yogi Berra – Where Are you Going?