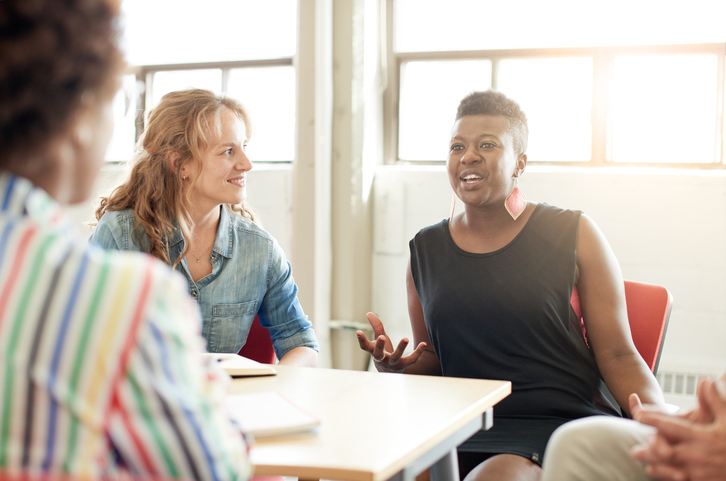 In my last post, we explored the idea that tapping into one’s creative mind can become easier with practice. Practicing something is straightforward- if one knows what to do. But what if we aren’t in touch with our inner selves, and we don’t know what it means to be creative?

I had a conversation with someone lately about what it means to be creative. Admittedly, this conversation took place with a person who describes themselves as not particularly creative, and they said so in no uncertain terms. But after a few minutes of conversation, their conviction changed. They said, “You know what? I think I am creative. I’m a nonconformist. Sometimes I try to be contrary to the rules, just for the sake of being contrary.” I thought about this. It was an interesting claim. While I admire the sentiment of not simply going with the crowd and the willingness to take the path less traveled, I eventually came to this conclusion: nonconformity is not the same as creativity.

Nonconformity is defined as the failure or refusal to conform with established customs, attitudes, or ideas. This is distinctly different from creativity. Creativity may also involve a refusal to conform to established ideas, but it is much more than that. The entire point of accessing a creative state of mind is to open oneself up to new possibilities. Nonconformity does open one up to new possibilities, but only in a very limited and narrowly defined way. Nonconformity is thinking about a very specific pre-defined problem and producing an antipodal scenario.

Essentially, this is an exercise in coming up with opposites. The very essence of suggesting an opposite means defining a spectrum, perhaps even with predefined metrics, so that the two ideas in question are diametrically opposed to each other (at opposite ends of the spectrum). The problem is, no thought outside of this spectrum is required to complete this exercise. One can imagine any number of contrary scenarios without ever thinking outside of the proverbial box. Thus, a refusal to conform to established ideas or attitudes only means that one has identified the spectrum at play. It does not mean that there’s any presence at all of creative thinking, or better yet- of actual creation. The absence of one thing does not constitute the presence of another. And so while being a nonconformist does, in a sense, open one up to new possibilities, the only new possibilities available, however, are ones that are in direct opposition to the original idea.

So while we haven’t answered the question of what creativity is, I now have a better handle on what creativity is not: it is not simply the act of being contrary. It is much more than that. What do you think it means to be creative?