In case you missed it, the month of September marks the 60th anniversary of the Civil Rights Division (CRD) of the U.S. Department of Justice (DOJ). The CRD, which opened for business in 1957, has a noble mission and rich history which has helped to effectuate equal opportunity for all Americans — especially African Americans and other minority groups.

Since its creation six decades ago, the CRD has been at the forefront of addressing and remedying discrimination by implementing the critically important judicial principle of equal justice under law from the workplace to virtually every public place.

The DOJ reminds us, for example, that, “Division attorneys prosecuted the defendants accused of murdering three civil rights workers in Mississippi in 1964, and were involved in the investigations of the assassinations of Dr. Martin Luther King, Jr., and Medgar Evers.”

During its first decade, the CRD vigorously safeguarded the right to vote for all black citizens under the groundbreaking Voter Rights Act of 1965.

Bigots who tried to ban or discourage African Americans from polling places, or otherwise deny them the right to vote, were met with swift prosecution by CRD. But that’s not all.

In addition to protecting the voting rights of minorities, today’s CRD is responsible for enforcing federal laws against: 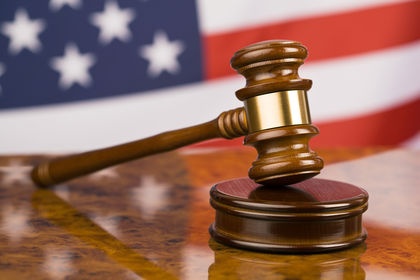 John M. Gore is the Acting Assistant Attorney General who currently oversees the CRD until the Senate confirms a permanent replacement. Mr. Gore recently reflected on the 60-year anniversary of the division:

“Since its founding, the Civil Rights Division’s efforts have helped transform the social landscape of our country and touched the lives of millions of Americans.” He adds:

“Today, the Division remains at the center of the effort to achieve equal justice and opportunity for all and to protect the most vulnerable members of our society.”

Gore also stressed, “This work is far from finished. We will continue to work tirelessly towards a country that fulfills its promise of equal justice, equal opportunity, and human dignity for every single American.”

The current nominee to lead the DOJ/CRD is Eric S. Dreiband, who last week testified before the Senate Judiciary Committee at a public confirmation hearing.

I worked closely with Mr. Dreiband during 2003-2005 when he served as General Counsel of the U.S. Equal Employment Opportunity Commission (EEOC) and I was a national media spokesman for the agency (career civil servant). Therefore, having observed him up close and personal, I can say without reservation that Dreiband is well qualified for the job and should be swiftly confirmed by the Senate.

As I told the New York Times and other media covering his confirmation hearing:

Dreiband puts the rule of law above the Washington rule of partisan political bickering.

He puts the interests of average Americans above political interests. This an admirable trait for any government official and one which, unfortunately, remains rare in Washington.

In short, Eric Dreiband is strongly committed to guaranteeing equal justice under law for all Americans, as enshrined in the U.S. Constitution.  However, as I  noted in a recent op-ed, his strong litigation record at the EEOC on behalf of women and minorities, something his political detractors have intentionally obscured.

In fact, under Dreiband’s leadership as General Counsel, the EEOC filed more lawsuits, resolved more lawsuits, and obtained more money for victims of discrimination than at any other comparable period in modern times — and perhaps in EEOC history (based on a comprehensive analysis of annual litigation data publicly available on the EEOC’s website).

Despite tough questions by committee members during his confirmation hearing, Dreiband rose to the occasion with passion and conviction. He spoke from the heart by providing unequivocal statements on the most serious issues of the day.

For example, when senators questioned him about the recent racial unrest in Charlottesville, Dreiband said forcefully, “The events in Charlottesville were a terrible tragedy and a disgrace. I was totally disgusted by what we saw.”

He continued, “As Americans, we should never tolerate hatred and violence. There is no place in this country for neo-Nazisim, white supremacy, the KKK, the ideology of hatred, bigotry, discrimination, murder and other crimes based on those ideologies.”

That’s exactly the type of proactive and aggressive approach DOJ/CRD needs today to preserve its proud legacy of strong civil rights law enforcement for all Americans.

Link to New York Times article on Senate confirmation hearing of Eric Dreiband: https://www.nytimes.com/2017/09/06/us/politics/eric-dreiband-justice-department-civil-rights-nomination.html ““He puts the rule of law above partisan political bickering,” said David B. Grinberg, a former spokesman for the E.E.O.C., where Mr. Dreiband worked as general counsel. “Eric believes in equal justice under law for all Americans.”

https://dailycaller.com/2017/09/06/trumps-nominee-for-civil-rights-chief-faces-brutal-confirmation-hearing/ “But nonpartisan career employees who worked with Dreiband at EEOC dispute those assertions. David B. Grinberg, a 20-year veteran of the agency who worked under administrations of both political parties, told The Daily Caller News Foundation that Dreiband was among the most accomplished general counsels who served during his two decades with EEOC.”
“His record of accomplishment at the EEOC as general counsel is unmatched in modern times, ” he added. “Throughout his tenure, Grinberg says, Dreiband generally enjoyed the support of the agency’s nonpartisan career staff.”

Does Your Agency Have a Plan for High Potential Employee Flight Risk?