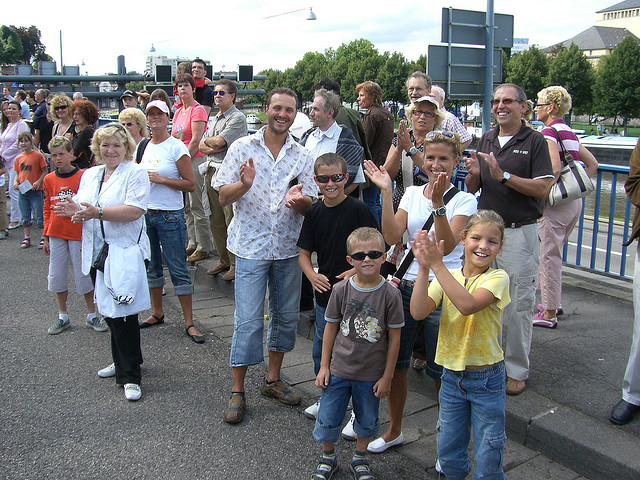 That elusive, incredibly valuable quality we call a “leadership brand.”

Really, what we mean is “charisma.”

What is it? Who has it? How do you get it? Can it be taught, or bought? Or is it something you’re born with?

As a little girl I used to watch Sunday morning political TV. I remember how the panel went at it on that show,The McLaughlin Group. And they would vote on the issues throughout the show, and at the end.

“Issue 1!” John McLaughlin, the host would say, and Eleanor Clift and John Buchanan would go at it.

Always McLaughlin would have the deciding vote, and always he’d be right on in my mind…because you know what? He was electable! Even though McLaughlin was a moderator, asking for the expert opinion of others, he was the real leader. He had that secret ingredient.

Very few people have true charisma, which is why so few are electable. In fact it is not something you can teach, buy or acquire. It is something you must be born with.

You know who has it? Which leader came to your mind when I asked? Yep, you guessed it – President Barack Obama. You can agree with his policies or disagree with them (and I am a super-supporter of Israel, so I’ve got a lot of concerns to be sure), you can criticize his performance on this stage or that, but it is undeniable that if the President shows up at your front door you are going to be elated.

When that doorbell rings you’ll say, “Hello, Barry,” as if you had known him all your life. Because he has the capacity to make you feel like a friend, and you’ll get out there and play basketball with him even if you’ve never played.

Here’s another leader who has it: former President Bill Clinton. Again, you may not agree with him; I’m not so old that I don’t recall all the scandals that dogged him throughout his Administration. And I don’t think we’ve seen the end of those. But similarly to President Obama, there is something about Mr. Clinton, when he shows up on TV, that makes you simply agree.

A third example, because not all leaders are Democrats: former President Reagan. Who did not laugh and enjoy Michael J. Fox’s portrayal of Alex P. Keaton, the junior Republican wannabe who quoted all things Reagan to his former-hippie parents on Family Ties? It was Reagan whose charisma extended well past his own persona – he actually successfully branded the entire United States. “Mr. Gorbachev, tear down that wall!” – what a priceless symbolic moment, and nobody else could have uttered those words in that way and generated such a level of patriotism.

We could go on here, and it could take all day. But the point is this: Very few people actually have any sort of charisma, much less the kind that would get them elected.

It’s hard to admit that you’re scruffy, unfunny and plain. But if you are, take a seat with the rest of us, and get on with your life and enjoy it.

It’s why women look better without an excess of makeup. We’d rather know the natural you, than have to find the real person among the layers.

All opinions my own. Photo by Connie Liegl / Flickr.