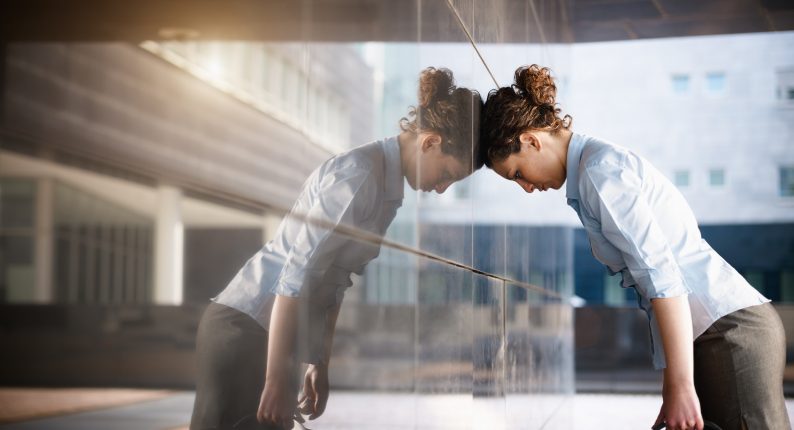 I was introduced to the concept of Imposter Syndrome during my first year in grad school. For those unfamiliar, Imposter Syndrome is a constant feeling that you’re not supposed to be in the (successful) position you’re in—even though every piece of evidence says you belong there. In my case, so I was told, it manifested in a paralyzing dread regarding my program.

This began fairly early and fairly routinely—I was young for a graduate student; I hadn’t held a job before returning to school like most of the people I was surrounded by. I also knew that I didn’t want a job in academia when I was done. After talking about this with my advisor, it felt like there was something off-balance in our relationship. It felt like I wasn’t as valuable as a researcher or a student. Still, I assumed that the people I loved were right—that I was just nervous about a new chapter in my life and that Imposter Syndrome was rearing its ugly head.

But by the beginning of my second year, things had gotten out of hand. I always felt like I was doing the wrong thing. I spent countless nights unable to sleep because I was terrified by each upcoming advisor meeting. I came to dread the work I was doing because I was sure other people were doing it better, that there were pieces that everyone else understood that I just had no clue how to unlock. I felt like every time I sought help from someone above me, I was belittled for not knowing what I was asking for already.

I made the decision to leave that program in the fall of 2015.

It was the best decision I’ve ever made.

I spent so many hours in fear of the culture of the program believing my experience to be Imposter Syndrome that I never stopped to consider that maybe, instead of my brain not matching with the department, it was my gut telling me to get out. In the end, it was a combination of a particularly bad talk with my advisor, an increasing level of activism with a local union and stumbling across The West Wing on Netflix that made my decision.

In the matter of two weeks, I had applied for a new graduate program and accepted an internship at the state legislature. Two years out from that, I have a full-time career that I love and am closer to finishing a PhD than I would have thought possible at the beginning of 2015. Now I have experienced real Imposter Syndrome—waking up some mornings to wonder if I’m cut out for this, who decided to let me be in charge of campaigns—heck, who let me post on a respected blog about my journey from then to now. The difference is that, at the end of the day now, I am sure that I have set out on the journey I belong on, and am working alongside colleagues, friends and managers who respect me and the work we are trying to accomplish together. The doubt lasts minutes, not months.

The specifics of why that program and I were not well-matched are often still painful to think about, so I won’t go into the details here. I would also not suggest that anyone take my path of deciding a new career by watching The West Wing (but you should watch The West Wing). All I want to give from this story are two things:

Thank you so much for sharing your personal journey, I’m sure this resonates with a lot of people. It is difficult at times to make the decision to leave something that you’ve put so much effort into, and it only gets more difficult as the time passes. It is crucial to take that moment and consider things from a different perspective. Thank you again!

Thanks for writing this Kelly! It’s a great read brimming with sage wisdom. I’m happy your decision paid off for you, and hope it inspires readers everywhere to chart their own paths.

Equipping the Federal Workforce for Mission Success: It Starts with the Right Technology