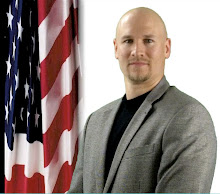 This week’s featured member is David Dejewski – check out his awesomeness!

﻿1. What was your path to public service?

Serving my community has seemed pretty important to me since I was a kid. I was 7 yrs old when I witnessed some “older” kids set fire to a field behind my house. I sounded the alarm and then used a rake to pull a fat line of dried material (fire food) from around the perimeter of the fire. The fire department and a bunch of neighbors arrived and made me feel good about what I had done. I suppose the positive feeling that comes from doing things for the community was imprinted on me then.

When I was in college, I was re-introduced to public service from another perspective. The woman I thought I would marry was killed in an automobile accident involving alcohol. The emotions of that experience drove me to fire fighting, emergency medicine and public activism. That quest lasted several years and deepened my conviction to the idea that there are more important things in life than making money. I discovered that giving to others from a place of passion – even when that passion is pain – can be a rewarding way to approach life.

After a few years of fighting 200 structure fires per year in New York, I joined the Navy to lend my support to the first Gulf War and deepen my own training and discipline. I found the Navy Hospital Corps to be fiercely competent and well trained medical care providers. I came to cherish the relationship between my patients and I as sacred. And I found the military to be full of service minded people who believe in sacrifice, honor, integrity and a good day’s work.

In 1994, I produced a film on drinking and driving in my spare time. It required bringing together 22 civilian and military organizations, closing nine square blocks of the city of Charleston, S.C., and getting “special permission” from the Mayor to land a helicopter in the city square – something never done before and otherwise illegal. The project was sponsored by the College of Charleston, filmed in the city, and “released” to a crowd of 1100 students in a candle light vigil dedicated to a young woman killed that year. The story was carried by all the local news outlets, and the film was reproduced and used as the flag ship project for Red Ribbon week of that year. In other words, I found that if I applied myself, didn’t take no for an answer, and channeled my passion in constructive ways, that I could be successful at public service.

I was hooked. Even though I changed uniforms several times in 20 years – from Active Duty to Federal Contractor, to Civil Service, I stayed focused on doing the right thing and aligning my passion and skills with what the organization needed to be successful. I measured my own success in terms of the impact I had on the environment and other people, not whether or not I got recognized for it.

2. What awesome projects are you working on now?

The big challenges for me now are related to the limitations we all face in the Federal Government. We can be slow to change, we have a huge domain to manage, and the world – particularly in the areas of business technology and acquisition – is out pacing us. Said in a positive way, we have some excellent opportunities for improvement, and the good news is: our environment is full of new ways for us to deal with these challenges.

Technology has finally reached a stage of maturity where realizing an actual return on investment is possible. We’re applying Web 2.0 methodologies to bring people and data together, and we’re accomplishing things today with $100K and a handful of people, that were impossible to do with $1M and a huge development team just a few years ago. Many of the projects I’m involved with are encouraging the adoption of these cost saving and quality enhancing methods and technologies.

For the last six years, I’ve been deeply engaged in implementing a program called Defense Business Transformation. This program, initiated by Congress and the GAO, gave the Department of Defense some potentially useful tools for improving DoD operations; and for enabling informed decision making, continuity and transparency. The tools are spelled out in statutes 10USC2222 and 10USC186.

I interpret the intent of these statutes as targeting the way we make investment decisions. Legacy decision making techniques generate duplicate and overlap spending across the Department, conflicting output, and very expensive post-deployment interoperability projects. The decision-making system needs help, but culturally, decision makers have to make room for that help by modifying a few paradigms. This is where my Customer Relations team comes in. They are communicators, educators and relationship builders.

Recently, my teams and I have set up Web 2.0 venues, interactive Web sites, videos, articles, and set up auto-responder assisted “drip campaigns” to educate, inform, and engage with prospects (those curious about what we do) and customers (those who actively use our products and services to Transform their own environments). We use webinars, Blogs, and even Twitter to strategically segment and engage our target audiences. We research our customers, attract them with cool stuff, then feed them quality content that they want and need in their own unique language.

The importance of transparency, clear communication, continuity, prospect education, customer engagement, reduction of bureaucratic overhead, due diligence, relieving political pressure from decision makers so they can do the right thing… these are all central themes to the projects we’ve launched. These are also really tough nuts to crack, so the fun never stops.

Wearing my planning hat, we’ve recently Web enabled the Enterprise Transition Plan – an annual report to Congress from the DoD that lays out the Department’s plan for modernizing its business information systems. This has given unprecedented “live” access to a formerly static annual report – enabling the Army, Navy, Air Force, and other Components to stay engaged with their data all year round.

Wearing my GAO / IG hat, we’re nearly finished with a project to expose audit data from an authoritative data source via XML and make it available to those with proper access and need to know. This promises to speed the audit process and bring transparency to participants.

All of these projects serve as catalysts for Transformation in the Department of Defense, and are in line with the original mission of the Business Transformation Agency.

3. What have been some of your most memorable experiences in public service?

Wow… this is a tough one. There have been many memorable experiences, but here’s sort of a top ten with some of my “most” memorable ones. These are each very personal and in no particular order:

4. What advice do you have for people who are new to the public sector?

First, calibrate your internal compass and surround yourself with people who can help you keep it calibrated. As you advance in rank and leadership responsibility, it is important to separate selfish actions and motivation from selfless ones. Getting ahead, for example, is a good thing – but just because you can, doesn’t mean you should.

I have seen a lot of good people let their ambition compromise their judgment or principles. They may leap ahead too fast, step on someone, or leave a mess behind for someone else to clean up. In every case, this does more harm than good. Read the book “The Leadership Pipeline: How to build the Leadership Powered Company.” It’ll give you a good sense of the gates you will go through, and the things you need to pay attention to as your career advances. Pace yourself and stay focused on what’s important.

Third, take chances. You will be amazed at how much you can do if you just do it. Let someone else take the credit if you need to (often a good idea). Keep your compass calibrated when you do this, but make something happen. You will be presented with many opportunities in public service. The decisions you make will define who you will become over time. If you consistently take the easy path, blindly follow the crowd, or refuse to take risks, something dies inside. After a while if you do this, you’ll find yourself breaking big rocks into little rocks, singing a sad song, and just doing your time.

Finally, the concept of what is “right” is something that every person has to work out. I believe in involving mentors for this. Once you figure that out, be prepared to stick to it AND have some rules for what to do when you can’t stick to it. What I’m saying might sound like a contradiction, but the fact is: the world changes and you will change. With proper attention, your concept of “right” will evolve naturally. I have found that as long as my motivations are not selfish, this evolution is something I can live with.

5. What makes it all worth it?

This goes back to the earlier question about my most memorable experiences. I am grateful for the opportunity to work with some really great people, to do some really great things, and to pass on my love of public service to my kids.

I sometimes get frustrated or feel like whatever I’ve done in public service has been washed away like sand castles on the beach. But when I see my kids riding their bikes up and down the street with garbage bags in hand, cleaning up the trash, on their own, without any adult prompting – neighbors praising them for helping the community – I realize that the decisions we make and the way we live our lives is about as permanent and value added as it gets. I’m okay with that – most of the time.

Honestly, a good chat over a cup of coffee in a cafe somewhere seems to do the trick for me.

As part of the BTA, Mr. Dejewski works very hard to provide the best possible support to the warfighter while ensuring transparency and accountability for the American people.

This whole post is truly inspiring. Really. Such amazing experiences and admirable perspectives from an inspiring lifetime of service. Thanks for sharing, David (and William)!

Thanks for a great interview, Will. You made the process easy.

Jeff – Thanks for taking the time to read this and comment. Comments like yours keep the fires stoked.

Thank you for this post. It was very inspiring and made me ask myself whether I am doing enough and challenge myself to start doing more for my community, inside & outside of DoD work.

We need more people like you in public service, Dave! Thanks for being awesome!

It was an absolute pleasure reading and posting your responses to my questions, David. I’m glad others found this blog to be so inspiring. Keep being awesome!