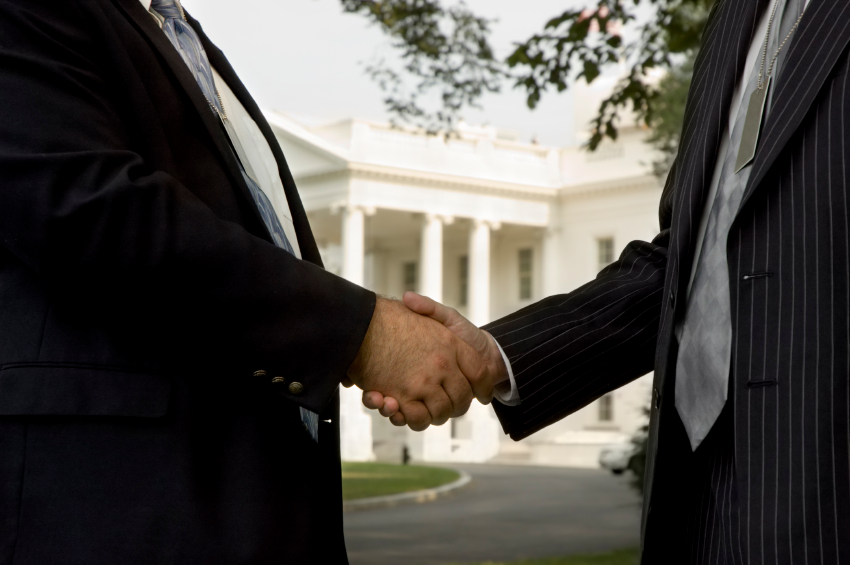 Originally published in The Hill

Washington is an eclectic city. It is a metropolis that is thriving economically and socially. Its architectural design is modeled after Paris and it is certainly a city of cultural diversity and historically interesting neighborhoods. Visually, the site of the monuments reflecting against the panoramic backdrop of the Potomac River is memorable for both visitors and native Washingtonians alike.

It is really a city like no other city in America. Although it may be geographically small, Washington serves as the engine of government, an anchor of global financial policy and representation, a seat of institutionalized policymaking organizations, and as a growing center for business, especially in high tech.

When I first came to Washington, I was overwhelmed by the intensity of life “inside the Beltway.” I was enamored with all it had to offer (“Potomac Fever”) but uncertain how to navigate it and decipher how things worked. Looking back, I would like to offer structure and pathways for others contemplating a public service career or seeking to accomplish tangible objectives for policy and/or business purposes in the nation’s capital.

There are four pillars that comprise the foundation of the operational world of Washington: government (executive, judicial and legislative branches); commercial (business, including global financial institutions; policy: (academia, think tanks and associations/organizations); and media (old and new).

These pillars function both individually and collectively. They are intertwined and to be effective, it is essential to understand their roles and impact on what you hope to accomplish. Understanding and gaining experience within these pillars that comprise the operational system of Washington takes focus and time. Success can be realized by navigating the pillars and establishing a strategy of strategic relationship building and connecting.

Government: There has never been any doubt that government and politics make Washington tick. Government is not only the basis for tens of thousands of jobs in the area, but it also serves as the fulcrum for evolving and communicating domestic and international policies. Government is the center for laws and executive orders overseeing all aspects of our daily life and our professions. The Pentagon, intelligence agencies, and Department of Homeland Security are all based in Washington because it is the epicenter of power and decision-making. Government in Washington is by design structured as a system of check and balances. An understanding of how the various branches of government function is essential to influencing any regulatory outcome whether it be energy, healthcare or a national security issue. Working on Capitol Hill is invaluable experience and connects to all the pillars and is a special pedigree for mobility in one’s career.

Commercial: Although it is not a financial center like New York, Washington has been transforming over the years as a commercial hub. The World Bank, Federal Reserve, International Financial Corporation and the Chamber of Commerce are some of the organizations headquartered in the city. Many corporations have also relocated to the area to be near the action and position themselves for government and commercial opportunities. Both Virginia and Maryland have established high-tech corridors close to the city for those reasons. The international community with their embassies and trade groups increasingly see Washington as a growing center for commerce.

Policy: It is not only the pillars of business and government that are cogs in the machine. Policy organizations (such as the Center for Strategic and International Studies, the Brookings Institution, the Heritage Foundation, the American Enterprise Institute and the Aspen Institute) that provide issue expertise, training and solutions are really the enabling fuel. A myriad of think tanks offer the latest insights in domestic and global events on a regular basis. Top local universities (such as Johns Hopkins’s School of Advanced International Studies, George Washington, Georgetown, American, George Mason, and Maryland), also promote dialogue and informed decision-making and access. The over 6,000 associations and organization with issue specific interests regularly outreach to key decision–makers who are part of the public and private sector pillars. Strategic communications and thought leadership are integral tools for persuasion.

Media: The media are disseminators of information, with the duty to circumspect the activities of the other three pillars. The media’s role is a fundamental one; any system of democratic government cannot operate without transparency and oversight. In Washington, most of the country’s key media outlets have representation. Outside traditional old media, new media has become a force to consider. Most citizens have constant access and the metrics of public opinion are constantly pulsed. Corporate executives and government leaders use the social media, especially LinkedIn, Facebook and Twitter as part of their work environments. Government 2.0 and Business 2.0 are becoming the norms.

Working in one or all of the pillars is helpful in terms of building issue expertise, contacts and gaining a holistic perspective of how Washington really works. This experience can provide the tactical knowledge to advance your marketing efforts and/or cause in the public/private world. There is no substitute for experience and for building a personal network to be empowered and effective. To be successful, you have to always keep abreast of the latest trends and be visible and helpful to your customer. In the Washington arena, you also have to develop the qualities for resilience and persistence as no one is always on the winning side of issues and contracts.

Washington will always have its image challenges and be an enigma as to how it functions, especially to those who have never experienced life inside the Beltway. Exploring and experiencing the four pillars will bring an understanding of how to navigate a path to success for those who come to this amazing city to make a difference and leave a positive legacy.

Brooks serves as vice president/client executive for DHS at Xerox. He served in government at the DHS as the first director of legislative affairs for the science & technology directorate. He also spent six years on Capitol Hill as a senior adviser to the late Sen. Arlen Specter (R-Pa.) and was adjunct faculty member at Johns Hopkins University where he taught homeland security and Congress. Brooks has an M.A. in international relations from the University of Chicago and a B.A. in political science from DePauw University. He is widely published on the subjects of innovation, public/private partnerships, emerging technologies and issues of cybersecurity. He can be followed on Twitter @ChuckDBrooks.

Migrating to the Cloud

7 Ways You Kill Creativity in Your Meeting