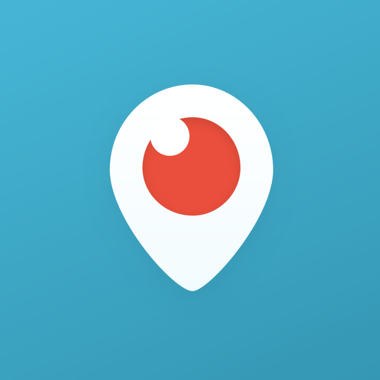 Mobile livestreaming is the next social frontier

Every day, it’s estimated between about 300 and 600 new apps launch in Apple’s App Store alone, not counting other storefronts such as the Google Play store for Android devices. There’s a similarly overwhelming deluge of social networking sites that seem to emerge for some new niche each week. It’s tough keeping up.

But some apps and social media — often interlinked — make such an initial splash, trendspotters take notice immediately. One such new livestreaming social app has ICF’s social media team thinking of ways to incorporate it smartly into our work. Livestreaming is a trend that’s taken off in recent years (see: Amazon’s 2014 $970 million acquisition of Twitch).

Now you can stream from the palm of your hand.

Periscope is an iOS app, integrated with and owned by Twitter, which lets you see the world through someone else’s eyes. Periscope broadcasts video live while you provide commentary (or not) while getting real-time feedback and ‘hearts’ (given from an unlimited supply by tapping the screen as furiously as desired) from other users.

Despite having been on the scene about a month earlier, livestreaming app Meerkat had its lunch eaten by newcomer Periscope pretty quickly. Why? For one, when Twitter bought Periscope back in March, it also limited Meerkat’s access to its social graph — meaning people couldn’t find fellow Twitter users within the app anymore, limiting its ability to grow. Periscope matched Meerkat’s amount of daily live broadcasts immediately.

Periscope is still small in the grand scheme of things, but it’s growing. The app is 110th in the App Store among free apps (Meerkat isn’t in the top 150). It’s the 17th-ranked free social networking app (while Meerkat has fallen to 123rd). But despite being in its infancy, live video broadcasting from smartphones is poised to take off.

We already know videos generate an extremely large portion of all social media engagement, and the genuine feel of live streams accelerates a user’s desire to interact. 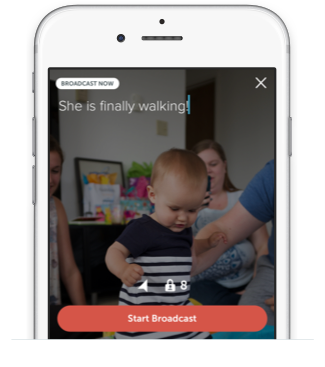 With Periscope, users can actually influence and shape content in real time. For example, I recently did a live video review of Taco Bell’s new Diablo hot sauce where a user who commented basically double-dog dared me to eat a packet straight. I obliged, and I was rewarded with dozens of hearts. #winning

But how does this apply to my work?

If your client isn’t into daring food stunts, how might Periscope be applied in a real-world scenario? Actually, some large organizations are already putting out great content on Periscope.

The Department of the Interior (considered by most as the agency that uses social media best) comes to mind — I recently watched a stream where DOI took questions about a rescued bald eagle (they even stream alligators). Talk about engagement. Citizens ask a question, and it’s answered immediately. That’s the ultimate in customer service — when’s the last time you got an immediate answer from a government agency about anything?

Note, I couldn’t find a federally negotiated Terms of Service Agreement yet for Periscope, although the default terms are very similar to Twitter’s. DOI doesn’t feature Periscope on its website (though there’s no web profile page with Periscope to link to anyway), so its use may be considered experimental at this point. Keep in mind it took GSA three years after Pinterest’s launch to negotiate TOS.

Some ways you might use Periscope for clients include:

How do I measure Periscope success?

With any social media platform, we need to be able to show that it’s worth the investment. We typically look at key performance indicators at varying levels of user engagement, from ‘awareness’ of a brand all the way to ‘reliance.’

Right now, it doesn’t look like any of the social monitoring tools out there specifically pull in Periscope data. But here are measures we can see from looking at individual feeds:

The integration with Twitter, however, also allows us to track:

Without in-app analytics or Periscope-specific data within Twitter’s Analytics tab, there’s no perfect way to gather all these metrics in one place just yet. And with no way to click through from a video to a website where a user might buy or download something, correlating conversions is also tough. But as a tool for raising awareness and generating discussion, Periscope has tons of potential. I also wouldn’t be surprised to see sponsored videos in my feed soon or see brands conducting simulchats on Twitter and Periscope.

There’s no doubt in my mind that we’re just now seeing the tip of the iceberg when it comes to what is possible when anyone, anywhere can broadcast live with a device that 64 percent of Americans have in their pockets. How will you use it?

Josh DeLung is a digital engagement manager at ICF on the social media team within Digital Strategy. Email him at [email protected] or you can catch his Periscope streams by following him on Twitter: @joshuadelung.

Summer Reading List for Success in the Public Sector