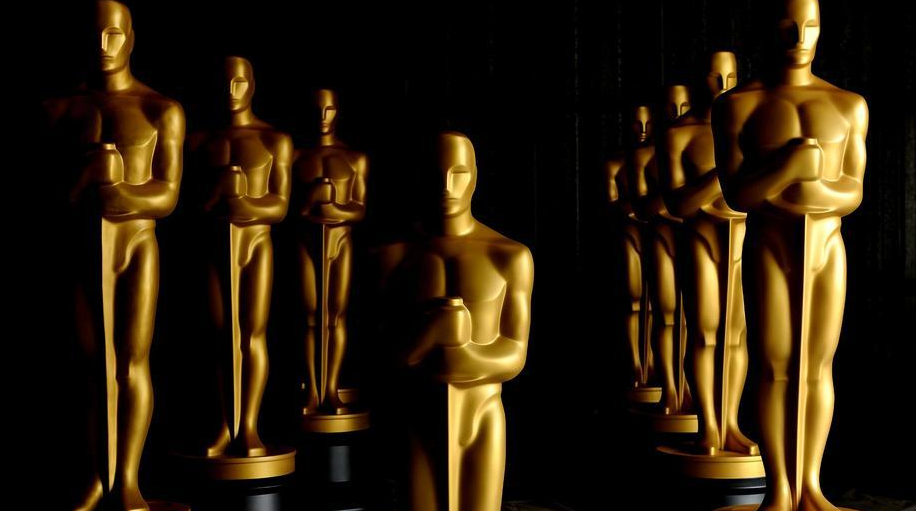 Last night was the 87th annual Academy Awards, also known as my favorite night of the year. Pretty much from the day the Oscar nominees are announced, I start plotting how on earth I’m going to see all of the films with Best Picture nominations.

Now, seeing the Best Picture nominees isn’t a huge task, but it gets a little complicated when I also try to squeeze in all of the films with actors and actresses nominated for an award in a lead or supporting role. This year that meant I had to see 15 movies. I’m very lucky to have amazing family and friends who are generous with movie theater gift cards at Christmas; otherwise I’d definitely break the bank.

These awards shows can be a little silly, I admit, but this year, more than others, I noticed a flurry of eloquent speeches about important issues from many of the Oscar nominees and winners.

1. Women are more than their dresses.

Before the show even kicked off, women were taking a stand on the red carpet, challenging the media to ask them more than just “Who are you wearing?” The Representation Project got the hashtag #AskHerMore trending on social media to encourage users to send reporters questions with more depth than the typical wardrobe inquiries. Some actresses acknowledged that they recognized the value of talking about their fashions and giving credit to talented designers, but they wanted to talk about that and their accomplishments.

2. Patricia Arquette rallies women to stand up for equality.

After winning the Oscar for Best Actress in a Supporting Role for her part in “Boyhood,” Patricia Arquette delivered a speech that had Meryl Streep and many other women whooping and cheering from their seats, when she said: “it’s our time to have wage equality once and for all, and equal rights for women in the United States of America.”

3. John Legend and Common remind viewers that “’Selma’ is now.”

Legend and Common won the Academy Award for Best Original Song for “Glory,” featured in the movie “Selma.” The performance and speech were particularly poignant, coming at a time when racial tensions are high in the U.S., and served as a reminder of the struggles the nation still faces today.

Alejandro Iñárritu spent a lot of time on the Oscars stage last night, as “Birdman” took home awards for both Best Picture and Best Director. At the end of his Best Picture acceptance speech, Iñárritu, the film’s director, took time to share his hopes for the future of immigration:

“…and the ones that live in this country, who are a part of the latest generation of immigrants in this country, I just pray that they can be treated with the same dignity and respect as the ones who came before and built this incredible immigrant nation.”

His comments are particularly timely, as just this morning the Department of Justice filed an appeal of a judge’s decision to block President Obama’s executive actions in November 2014.

5. Dana Perry wants us to talk about suicide out loud.

Dana Perry and Ellen Goosenberg made their way to the Oscars stage last night to accept the award for Best Documentary Short for their film “Crisis Hotline: Veterans Press 1.” The short film’s trailer states that veterans commit suicide at an alarmingly high rate – 22 per day. The film focuses on employees of a 24-hour crisis hotline for veterans and their families, and explores issues surrounding veterans and their mental health, the services available to them, and the cultural barriers people come up against when seeking help for mental issues. Perry dedicated her award to her son, whom she lost when he committed suicide at the age of 15, and said “we need to talk about suicide, out loud.”

And those weren’t all of them. Julianne Moore, who won Best Actress in a Leading Role for her part in “Still Alice,” spoke passionately about Alzheimer’s disease and the need for finding a cure.

Graham Moore, who accepted the Best Adapted Screenplay award for “The Imitation Game,” shared a personal and touching story about his attempt to commit suicide when he was 16. He explained that he felt weird and different and that he didn’t belong. He encouraged viewers who feel similarly to stay weird and stay different; he told them that they do belong and one day they would have a chance to pass along the same message.

Last night saw more than a few Oscar award winners “played off” the stage. The winners don’t have much time to deliver their acceptance speeches. While I’m sure each them had a host of people they wanted to thank, they chose instead to use their time and influence to draw attention to major issues people around the world are struggling with on a daily basis.

I’m pleased to report I was six for six on my Oscar predictions by the way (I only do predictions for the Best Picture, Director, and Lead and Supporting acting awards)…but everyone wins when the spotlight is momentarily turned from the glitz and glamor and focused on important issues that affect us all.

What a wonderful wrap up to the Oscars. Thank you for highlighting the important topics of the night. Beneath all the fluff and egos beat the hearts of some of our country’s most passionate and influential reformers.

Interesting perspective and one that I had not thought of. By highlighting those points, you not only made me think, but also ensured that the messages were passed along, thus reinforcing the message of the winners. Hopefully, this will lead to further examples of the same.

Thanks for making us think.

Thanks for sharing your insight and passion for the
Oscars. I usually just listen to the news snippets the day after. You have inspired me to go back and take the time to listen to the speeches. I enjoy your writing style & look forward to your future posts. Nan