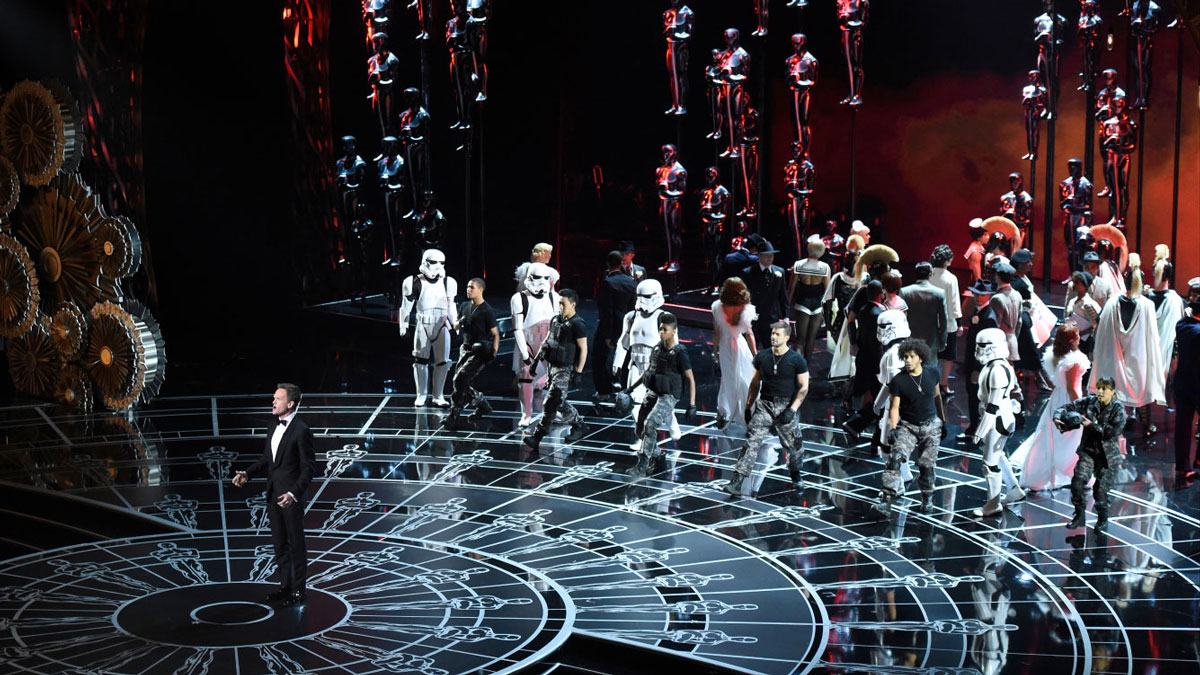 You don’t need the promise of a golden statuette in your hand to polish your presentation skills. While you may never take the stage at the Oscars, the acceptance speeches can serve as examples of what to do and what not to do when it comes to public speaking.

This isn’t about debating the politics in some of the speeches, though there was politics aplenty at the 2015 Academy Awards. It’s about unforgettable deliveries that make for memorable public speeches.

Here are tips you can use the next time you need to give a speech or do any other type of public speaking.

So much about the start of Patricia Arquette’s Oscar acceptance speech went wrong. Right off, she muttered a word that the show’s producers tried to bleep. She read from notes, a crutch that can make it difficult for an audience to connect with a speaker. She rushed through a long list of thank yous, guaranteed to make the audience tune out.

But, as she neared the end of her allotted time, she settled down a bit as she found her focus. Whether or not you agree with Arquette’s call for equal rights and wage equality for women, her strong passions shone through by the end. Speaking to her passions is why it’s one of the acceptance speeches that everyone is talking about days later.

When it comes to public speaking, passions aren’t enough. Arquette’s speech and her message could have been much stronger if she had practiced what she planned to say. Especially when dealing with a complex or potentially controversial issue, you want to make sure that you express yourself well. Practice until you are comfortable with your content. If you can, also practice in front of someone who has experience as a speaker who will give you honest feedback.

Moore grabbed the attention of the audience as soon as he shared a personal story. He revealed that when he was 16 years old he’d tried to kill himself because, as he explained, “I felt weird and I felt different and I felt like I did not belong.” He then offered advice and comfort for other people who might be feeling outcast or alone.

He shared his story not for the shock value, but for it’s heart and truth. The story you share doesn’t have to be as revealing as Moore’s to be effective. Telling a story about yourself is a great way to let your audience know something about you, why you’re in the room, and why they should pay attention to you. This can convince your audience of your credibility and help create that all-important connection with them.

It doesn’t even have to be your story, it can be the story of a colleague, a citizen, or someone else that has had an experience relevant to the rest of your talk. Stories can help you get to the heart of your presentation topic.

Be Compelling and Confident

Eddie Redmayne, Best Actor, The Theory of Everything

Your role as a speaker is to make what you have to say interesting. It doesn’t matter how important your content is if your presentation style is dull. People don’t listen when they’re bored.

In perhaps the most endearing acceptance speech of the night, Eddie Redmayne managed to both be funny and likable while talking about a serious issue. He did right by honoring the man he portrayed, Stephen Hawking, the physicist who has struggled for decades with the paralyzing effects of ALS a.k.a. Lou Gehrig’s disease.

You don’t need to have a charming accent like Redmayne, though it helps. Use your voice and body and you can be a more compelling public speaker. Avoid speaking in a monotone and convey emotion by using vocal inflections and an excited tone. Your body is your best prop, so use body language as emphasis. You don’t need to be boisterous, let your voice and gestures accentuate what you have to say.

Emotions were raw over the Oscars nominees this year. In particular, people felt that the movie Selma was snubbed since none of the movie’s actors received nominations and the movie only got two nominations total.

These circumstances could have tempted John Legend and Common to let their acceptance speech for Best Original Song wander into navel gazing about the Oscars itself. Instead, they together gave a tremendous speech about what really matters, reflecting on both the civil rights movement of the 1950s and current social injustices.

You’ve got your audience’s time and if you’re a good speaker, you’ve also got their attention. Respect the spotlight you’ve been given. Make sure you understand who is in your audience and what they need to hear. Then deliver on your promise by giving them exactly that—and more.

Don’t Imagine Your Audience in Their Underwear

Picturing your audience in their underwear or even naked is terrible advice. It can keep you from connecting with your audience and can be an unhelpful distraction. Instead, transform that nervous feeling into a sense of excitement. Practice, think of an engaging story to share, be compelling and confident, and make sure what you say matters to keep your nervousness in check.

No one had to imagine Oscars host Neil Patrick Harris in his underwear—he came out on stage in wearing little else in a homage to this year’s Best Picture winner, Birdman.

Lauren Girardin is a marketing and communications consultant, writer, and trainer. Find her at laurengirardin.com and on Twitter at @girardinl.

How Would YOU Improve the Federal Sector EEO Process?