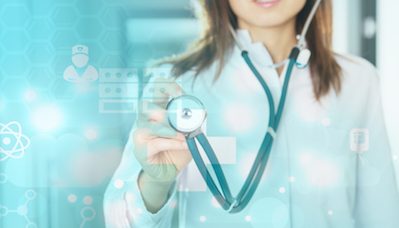 I have seen a lot of things over my 30 plus year career working in and with government.  Since much of my career has revolved around acting as a technical lead on projects I have seen my share of leading-edge innovation and creativity applied to government workflows.  Unfortunately, I have also witnessed my fair share of blunders.  Not so much with the application of technology but rather in how organizations share best practices and have a lack of collaboration.  The lack of these two elements can result in the constant reinvention of processes by different departments within the same government agency.  With respect to preparing and responding to disasters, the lack of these elements can lead to dire circumstances, including:  the misallocation of resources, reduced operational coordination, failed communication between the public and government agencies, and potentially, the loss of life.

One incident I will always remember was watching a response to a major wildfire which threatened lives, property, and wildlife across numerous communities.  The emergency preparedness personnel had worked for months preparing data, models, response plans, situational awareness dashboards, and public information systems in the hopes that they would be prepared to respond to a fire outbreak they knew was imminent.  Not only was the lead agency prepared, but cross-department coordination had taken place region-wide to support a unified mutual aid front. Fire personnel were all using geographic systems information (GIS) technology as a basis to plan, and strategize their efforts.

At first glance it would appear everything was perfect.  Unfortunately, all of this planning had not taken into account the needs of all of the first responders.   During the incident, law enforcement agencies found themselves in a situation where they needed to go door-to-door evacuating residences.  Many of the officers came in from outlying areas to help and were not as intimately familiar with the community as local officers were. They were forced to use a chamber of commerce map and a Sharpie to manage their efforts to clear each house, a far cry from the state-of-the-art GIS technology their peers had access to. Following the wildfire incident, a whole new dialog ensued that lead to the sharing of tools and best practices to accommodate the law enforcement workflows, resulting in improved integration between fire and police operations.

Today when we look at deploying an Emergency Operations Center we ask the question, “who have we forgotten?”  I believe we have forgot about public health. Public health professionals need to have a more prominent seat at the table. As the world watches incidents like severe weather, natural disasters or infectious disease outbreaks unfold, public health officials are included in the dialog. But is it enough?

What’s needed today is a heavier emphasis on public health preparedness. What if the event the Emergency Operations Center was responding to is a bioterrorism event, or a pandemic? Are public health professionals prepared to play as active and as important a role as the emergency management and law enforcement agencies do? Much like the need to have greater collaboration between police and fire agencies, we recognize that much of what we have learned in the public safety disciplines are transferable to health.

Public health leaders are meeting across the country to develop and demonstrate health emergency preparedness plans.  I hope they do not forget to embrace the lessons learned by the GIS, Information Systems, Law Enforcement, and Emergency Management communities that came before them.  Here’s looking forward to health professionals taking their rightful place at the table to ensure healthier and safer communities.

If the pandemic and bio events sited occurred in my jurisdiction, as the Chief Public Health Official I would be the incident commander under the ICS. All of our local preparedness planning has involved all of the local partners who work with our Emergency Management System. Public Health is not forgotten in Dorhcester County Maryland as well as other jurisdictions in Maryland.

That’s great to hear Roger! If you use GIS for response, even for a drill, we would love to work with you on a case study! Can you connect with my self if Chris if that is the case? Thanks!

Do you have a Co-worker Who Seems to Be Easily Offended?

6 Myths About The PMP® Exam Debunked