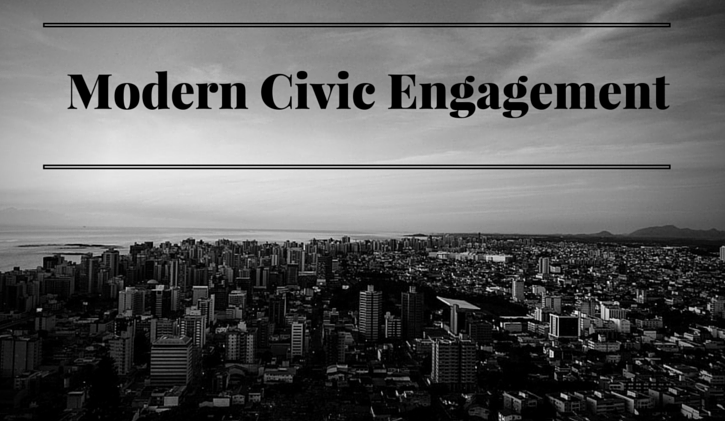 From the onset our focus as a civic tech company has been about civic engagement. We’re a group who believes technology, specifically in the hands of citizens, can make the entire citizen-to-gov experience better.

But since we began in 2009, civic engagement is a term that’s been thrown around a lot in Public Sector and has ballooned to become an all encompassing word to describe anything in government that touches the citizen.

Here is the traditional definition of civic engagement:

Civic engagement refers to the ways in which citizens participate in the life of a community in order to improve conditions for others or to help shape the community’s future.

However, we believe that most people think of the civic engagement opportunity completely backwards.

Don’t get us wrong, we know there exists a subset of people in every community that take initiative in order to give back. There is value in providing tools that optimize their behavior because we’ve experienced it first-hand through the adopters in each new community we launch.

But, we would like to propose that significantly more value will be derived from a different form of civic engagement.

The idea is that instead of thinking about citizens initiating action, forward thinking government organizations will begin to use targeted, segmented direct approaches to engage citizens. And we believe technology will play a critical role in each facet of the this new form of civic engagement.

For example, imagine a community in which context-aware messaging alerts citizens in real-time to traffic and road changes. Or a GPS device on a snow plow sends out a SMS message to residents with up-to-date projected plow times. Or a citizen scans their device at the community tennis courts to automatically pay court fees at the local Parks & Rec department. Or a local business reimburses any citizens’ public transportation fare after they use it to travel to the shopping center.

All these examples highlight the hypothesis guiding the delivery of these services, and the power that mobile devices bring. Organizations can now take advantage of push notifications, location awareness, and a wide array of constantly evolving device and environment sensors. Looking to the future, we believe that the Internet of Things (IOT), where not just devices are ‘smart’, but entire communities become interconnected will further redefine civic engagement and drive increasing innovation.

Where do you see the future of civic engagement?