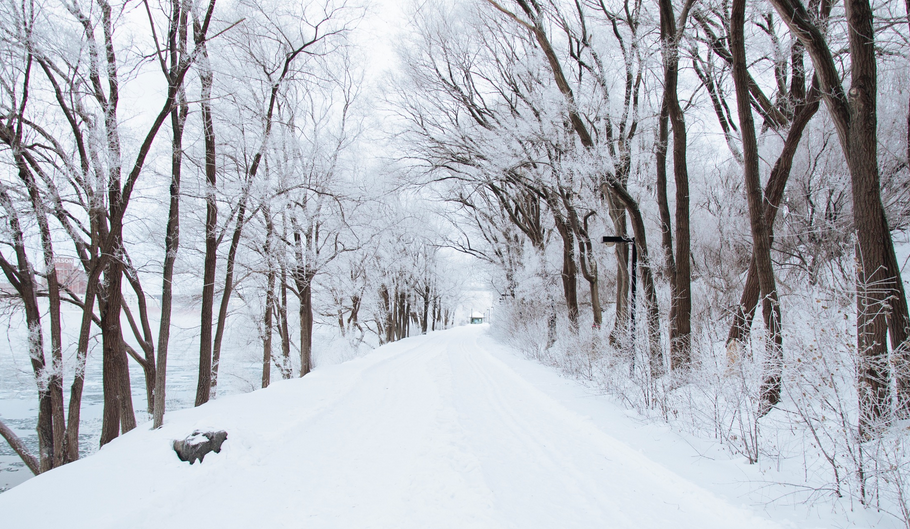 This week, the Washington Metropolitan area[1] experienced its first snow of 2015. From the moment the snow was forecast until it actually arrived, the Washington, D.C. media was abuzz. The “First Snow of the Year” was reported before the convening of the new Congress and before the wars in Iraq and Afghanistan. An early morning Washington Post online reads,

“A snowy morning in Washington, D.C. (Impacts and reports).”

Impacts:  This snow is very light.

Even still, several school systems canceled classes after snow left roads in the D.C. area coated and slick. This reminded me of a 2009 USAToday article titled, “Obama girls’ snow day puzzles president.” In short, President Obama asked why his children’s school had been cancelled for snow and even said Washington, D.C. should “toughen up.” The article reported that the President joked that folks in Washington cannot seem to handle things (weather). The article also noted that the President had lived in Chicago, Illinois in which Chicago public schools had not closed for weather since 1999.

The early snow totals beg to question if the D.C. Metropolitan area cannot handle inclement weather. Don’t get me wrong, sometimes, D.C. weather commands attention. I still “get chills” when I think about “Snowpocalypse” in 2010 in which the metropolitan area was blanketed with 18 inches of snow and motorists were stranded for up to 18 hours. On that day, my trek home only took three hours, and I “thanked my lucky stars.” Two days later, “Snowmaggedon” arrived with 11 inches of snow. In February 2010, the Washington Metropolitan area had a snowfall total up to 32 inches.

No doubt, those snowfalls were worth talking about, but this week, as I looked outside my window, there was just a dusting of snow. However, many Washington metropolitan areas reported more snow.

I commute almost 100 miles roundtrip to work and appreciate I am afforded the opportunity to telework when there is inclement weather. I am sure others agree because this week’s traffic reports said many motorists and school buses were stranded even in two inches of snow.

“A snowy morning in Washington, D.C. (Impacts and reports).”

The morning commute would typically be wrapping up at this point, but many cars are still stuck on the roads in a snowy nightmare.

I am a federal employee who has resided in the Washington metropolitan area for 20 years. Having moved from the deep-South to the mid-West to the mid-Atlantic, I saw firsthand how other areas dealt with inclement weather. Two inches of snow caused a state of emergency in Louisiana but two inches of snow “took a back seat” to the Denver Broncos in Colorado.

Less than a month ago, the Buffalo, New York area reported 88 inches of snowfall, so I wonder how the Washington metropolitan area’s reaction to 2-inches of snow is viewed by those who have lived or currently live in colder climates. In other words, are one- to two-inch snow days necessary or nice?

[1] The Washington Metropolitan area includes all of the federal district and parts of Maryland, Virginia, and a small portion of West Virginia.

I lived in Alaska. Snow, snow, snow! Its a way of life there.

Alaska?! I’d never leave the home. 🙂 Thanks for your comment.

The problem in the DC area isn’t so much the actual snow as it is the many new transplants to the DC area from areas of the country without snow. Having been read-ended by someone coming down a hill at normal speed and who apparently expected her brakes to work the same way they would on a dry road surface I can attest to the hazards of being on the road with the noobs experiencing they first snowfall in a big metropolitan area. I’m a life long area resident. I can drive in the snow. But I pretend my car is boat and I drive cautiously. I don’t want to be the victim of someone’s introduction to driving in low friction, high inertia conditions, so even though I live within 15 minutes of the office, I’m happy to work from home when the roads are slick. I have chronic neck pain from earlier accidents and don’t need to be hit again by some clueless noob. Usually the third snow of the year the new drivers have figured out that you drive differently when you can’t depend on your brakes working, but until then let the Alaskans have the roads.

Thanks for your comment. I agree; some folks don’t realize that rain, snow, and ice affect driving conditions and braking distance. Me? I move over and let the folks in a hurry get by. A few miles later, I see they’ve “spun out” for driving too fast.

I think telework is great and I appreciate an employer who takes a “better safe than sorry” approach. My work does not require that I am always physically in the office and if I am injured on a slippery sidewalk or in a car accident my employer isn’t (really) paying for the car repair. At the end of the day it’s probably a perk, but it just doesn’t take much snow for this region–due to the type and number of people–to become a mess.

You bring up a good point about the number of people. There’s 6 million people in the metro area now and that number is expected to grow to 7 million by 2040.

I think it is a little ridiculous how easily the Federal Government shuts down in “bad weather.” I realize many people commute a long distance in the D.C. area, but I also commute 70 miles each way for my State Government position in Wisconsin and in my 16 year career there have only been two days in which any State Government offices were closed. I work in the prison system, which of course is an exception to any government office closure as it is a 24/7 operation, so never will experience a “snow day.” I expect to have to make my way to work each day regardless of my long commute or the weather as it is my choice to work far away from my home. I get very tired of hearing about New York City and D.C. “bad weather” in the national news when the standards for “bad weather” are so low. While some in those areas might not be the best drivers in “bad weather” perhaps that is because they do not get the practice since everything shuts down so easily? Sorry…this hits a nerve with me.

I just knew there had to be someone who “this hit a nerve with;” thanks for your comment.

I am surprised at the whining I hear whenever OPM impacts our workday because of weather. People want entire days off for free, when many could telecommute. Or they think that OPM should be able to make the call by 4 A.M. when they are commuting in, evidently from New Jersey. Additionally those who are mission essential complain that they are mission essential. As an H.R. specialists I believe that these jobs were mission essential when people accepted them. I agree that some people don’t know how to drive in the snow. I agree that after I totaled my car in an ice storm I am afraid to drive in it. So I am happy when people get the option to telecommute and do so. That way I am safe a home. My county made a bad call in keeping schools open last week, and were reported to have 1 death, 1 child hit by a car and 140 other traffic accidents. Consequently, when I got to the parking lot for my two hour late arrival, 25% of it was empty. I haven’t seen that in my 14 years of commuting.

It’s good to get an H.R. specialist viewpoint. Thanks for your comment!