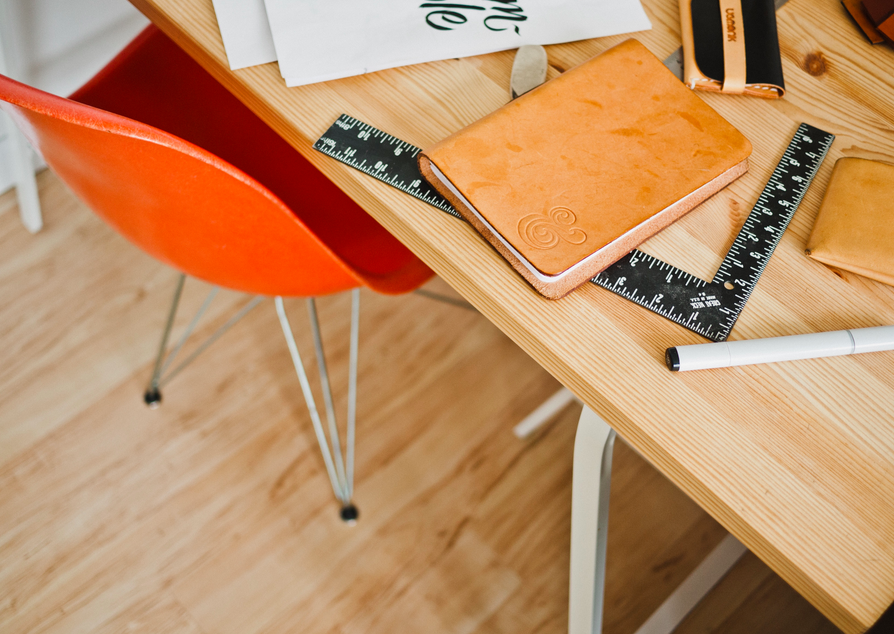 I know some people despise New Years Resolutions, but I’m a huge fan of setting yourself up for the year ahead. I’ll be the first to admit that I’ve only had middling success with my resolutions in the past, but over time I’ve noticed a pattern in the ones that have succeeded.

It goes something like this: resolutions that begin life without intention and support never last for long, while those that I boost with good habits tend to get met.

If you want to make sure your resolutions fall into the second category, rather than fading to black at the end of January, read on.

I just came across this fantastic post by James Clear on setting intentions. In it, he talks about a study in which three groups were asked about their exercise habits. The first group (control) was simply asked how often they exercise. The second group was given a motivational pamphlet and speech. The third group was given the same motivation, but also asked to complete the statement, “During the next week, I will partake in at least 20 minutes of vigorous exercise on [DAY] at [TIME OF DAY] at/in [PLACE].” Two weeks later, the third group was 3 times more likely to have exercised than the first two groups.

The moral is that simply saying “I’m going to start running” isn’t nearly as effective as saying “I’ll run every Tuesday and Thursday morning before breakfast.” Give yourself the best chance at hitting your goals by explicitly stating where, when, and how you’ll do them.

Set up a system

Great goals aren’t achieved in a vacuum – rather, they’re reached as a result of hundreds of tiny steps. Try thinking of your goal not as one single thing, but as a system of steps and habits. For example: I’m going to run a half marathon with my friend this spring, then I first need to run regularly. Which means I need to set my alarm half an hour earlier, set my running clothes out the night before, and choose a route ahead of time.

Once I’ve set this system of Time + Clothes + Route into place, getting out the front door relatively easy.

Clear away your obstacles

As humans, we’re often our own worst enemies. It’s so easy to let excuses, inconveniences, and obstacles get in the way of working towards our goals – and so hard to let them go.

The biggest thing you can do for yourself this January is to identify what obstacles are going to be get in the way of your goals, and nip them in the bud.

If I want to write fiction first thing in the morning, for example, that means I need to finish that pressing client project the night before, and install Freedom on my computer so I can block the internet. If I want to cut down on my sugar intake, I should probably (maybe) give away that box of chocolates grandma gave me for Christmas. If I want to stop habitually drinking a cold beer or two every night after dinner, I should store them in the pantry instead of the fridge.

Grab a friend, coworker, or partner who you can check in with on a regular basis. Maybe you and your coworker can make a deal to go walking at lunch on Wednesdays, or your sister can promise to ask how your painting is going every time she calls, or you can sign up for a climbing gym membership with a friend.

Or, try out stickK.com, where you can actually put money on the line as impetus to meet your goal. You can opt to set up a sum of money (say, $100), and if you don’t hit a goal, stickK will automatically send to your choice of a friend, a charity, or an anti-charity (one whose views you oppose). Talk about motivation!

How do you know you’re improving if you’re not charting your progress? If you’re technologically minded, try using a goal-setting site like Lifetick or an app like GoalsOnTrack to keep track of goal progress. (For a nice rundown of different goal-setting apps, check out this post from Michael Hyatt.)

Or you can go old-school like me, and just hang a calendar above your desk with a color-coded system of check marks. (Feel free to give yourself a gold star when you’ve done extra well!)

Schedule yourself a check-in on January 31st.

Go ahead, put it on your calendar right now. This is your chance to figure out if what you’re doing is working, or if you need to change directions, etc. The important thing is to not view your goals as static, but rather to allow them to adapt and change.

If running three times a week before breakfast just isn’t working, try running at a different time of day. Or try another form of exercise that gets you motivated more. Scheduling yourself regular check-ins gives you the ability to adapt your resolutions as you go, rather than simply deciding they’re failures if they don’t work out on the first go around.

A December to Remember