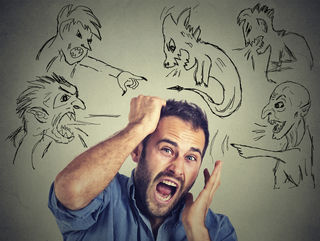 In the 2012 race for the White House, Republican nominee, Mitt Romney’s primary support came from White voters at 88%. Only 12% of Romney voters were people of color.

His opponent and ultimate winner of the 2012 Presidency, Barack Obama was swept into the White House with voters who were 56% White and 44% people of color.

Why are Congressional districts gerrymandered around racial divisions that create minority voting areas for people of color that select Democratic candidates and pool White people in Republican majority strongholds?

Why is it that Fox News rarely supports liberal political candidates?

Why is it that MSNBC hardly ever endorses a conservative running for political office?

I have just laid out the USA narrative of political bias. Our vulnerabilities to this bias have created a multimillion dollar industry of marketing, political and public relations consultants whose major job is to stimulate our emotional biases to support their horse in political races.

One bias they take advantage of is negativity bias. Going negative as it is called in the rough and tumble world of getting into the political gutter. This feeds the longtime political notion that politicians will say and do anything to get elected even if it means tearing down their opponent.

The reason we are duped by negativity bias in the political process can be blamed on our ancestors. We inherited this bias from our predecessors as a means of surviving a world full of threats. Of course this is a good thing when it comes to our ability to sense danger and respond to it.

Unfortunately, since negativity bias is so deeply embedded in our DNA, it spills over into the rest of our lives by influencing us to pay more attention to negative information and ignore positive data. Since negative interactions catch our attention and have a potent impact on us, political candidates have capitalized on these tendencies to mislead us to vote for them even for the wrong reasons.

We use negativity bias to our advantage in the workplace just like politicians use it on the campaign trail. We push away from people who do not look like us, act like us or talk like us. The problem of this approach is once we write off people who are different from us; we make a corresponding decision about their fitness for political office and the workplace.

This has huge ramifications for the disengaged in the workplace. Since disengagement disproportionately impacts people of color due to their differences not being recognized and embraced, this subordinate group is negatively viewed as incompetent and not worthy of a path toward full potential.

We make votes on bias every day in the workplace just like we vote for our favorite political candidate. Who do I hang at with after work? Who gets this plum assignment? Who receives a promotion? Who needs a helping hand? Who are our mainstream co-workers? Who is the out-of-touch employee?

Which of your colleagues get your votes? Are you seeing them the way they really are or the way you are?

We make elections every day. Make sure they are fair and unbiased. If every vote counts at the polling place then every employee counts in the workplace, regardless of their differences. Who and what are you voting for today?