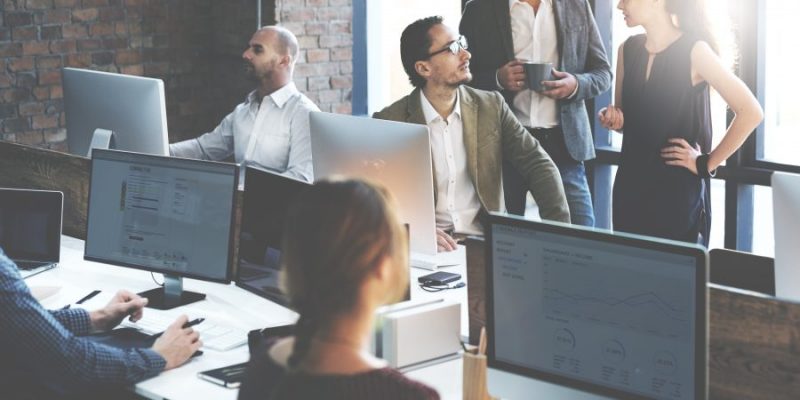 Hip-hop musician Jidenna once said, “A great tailor is like a great personal trainer – they tailor that suit to your natural physique.”

I don’t tend to pay a lot of attention to what people wear. However, I do notice when someone pulls off a bespoke outfit that complements them in every way. It’s about more than just the clothes they’re wearing – it’s about the image they project, their aura.

They tend to carry themselves with more confidence, more self-awareness, more personality.

Fit – whether it’s a crisp two-piece number with just the right accessories, or your latest job move – reflects how you project yourself every bit as much as how others perceive you.

In my first post, I talked about how we become more comfortable with who we are as we age. One of the advantages I feel at this stage of the game is that I know myself better than ever, and I carry that with me into every interaction, including job interviews.

I learned a few years ago that fit was a big motivator for me. And I remember exactly the moment when it happened.

During my transition from a long-held position, I took a temporary assignment to keep myself employed and develop some new skills. I was really enjoying the work, and the workplace, and the boss was someone I’d known and liked even before he hired me.

After six months or so, he offered me another short-term contract extension. He and I both knew this would likely be the last one; there was no way this job would ever become permanent.

The very same day, I was offered a six-month contract elsewhere, doing essentially the same job I’d done several years earlier. The difference was, this one could become permanent in short order.

I really struggled with the decision.

Of course, I spoke to my wife, who was incredibly supportive. I gave it some very serious thought, and yet, I remained stumped.

So I went to my then-boss and put my cards on the table. I told him about the competing offer, and asked what he would do if he were in my shoes.

He took a deep breath, pondered for several minutes, then gave me his answer.

“For me, security trumps everything else. I would do whatever it takes to land something permanent as quickly as I possibly could.”

It was an honest, thoughtful and insightful answer. And I knew, as soon as I heard it, that it wasn’t the right one for me.

In that moment, I realized that I value fit above all else.

I want to be valued, to feel valued, and to see myself as bringing value to my workplace. That’s really what drew me to government in the first place.

Fortunately, governments – especially larger governments, like the one that’s employed me for most of my adult life – offer some of that flexibility, that mobility.

So I decided to stay. A few months later, of course, the job ended, and I moved on. In the interim, though, I got to continue working for and with people I liked, and feeling good about myself and the contribution I was making.

That decision fit very well with some of the earliest, best career advice I’d ever received. As a young pup in government, I had found myself in a similar predicament: on contract, seeking permanence, and eager to put down roots.

When the permanent job offer came, I went to my boss and told her the news. She said, “That’s great. But we’d like to keep you. If you stay, I’ll do everything I can to make you permanent.”

I liked that job, too, and took her at her word. Not long afterwards, she was gone – and with her, the commitment that she’d made to me.

At her farewell party, I said to her, “So I guess I should have taken that other job, right?”

She leaned in close to me, held up a forefinger (partly to shush, partly to warn me) and said,  “Don’t do that to yourself. Every decision you make is the right one at the time. All you can do is learn from it, and move forward.”

That bit of wisdom has brought me a lot of comfort over the years. It helped me define my own values, including the idea that fit is intimately related to my degree of self-confidence. Knowing your own values – and seeing your value – can help you make those sometimes difficult decisions.

New to Performance Management? Here Are the Top Four Best Practices You Need to Know

Advance Your Potential by Widening Your Search