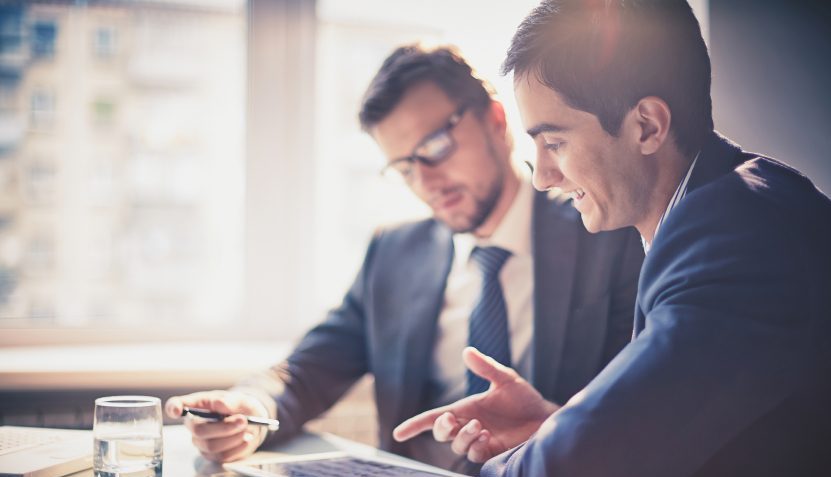 Are you dreading having a tough conversation? You know you’ve got to have it, whether it’s confronting a coworker about his behavior during your team meetings, giving negative feedback to a direct report, or approaching your boss about a difficult subject.

We’ve probably all been a part of difficult conversations that went spectacularly wrong. There were meltdowns, hard feelings – maybe even ruined relationships. Because of this it can be hard to want to bring up a difficult subject when the need arises. We brace ourselves for confrontation, and put off the conversation as long as possible.

Having a difficult conversation requires empathy and skill, and the ability to see where the other person is coming from. If you’re worried, good preparation can help you feel more comfortable.

Here are some ideas to help.

Even people who don’t think they’re good at reading body language are still pretty good at picking up on other peoples’ emotional cues. Think about a time when your partner or friend was stressed. Even before you knew what was going on, you probably started to feel stressed yourself.

When having a difficult conversation, the other person will take an additional cues from you. If you start the conversation worried, he or she will sense that and immediately become worried themselves. If instead of getting worked up you put the other person at ease, you’ll both be able to approach the subject clear-headedly.

Know your objective going in

What do you hope to accomplish with this conversation? Think through to your desired objectives and outcomes beforehand, and be sure to understand what your non-negotiable points will be. Are there specific actions you want the other person to take at the end of the conversation? What, exactly, do you want them to understand?

Knowing your objectives ahead of time will help you plan for any obstacles to your desired outcome. One caveat: even though you should have a game plan, don’t stick to it blindly. The conversation should be two-sided, and what you learn during the conversation may cause you to change your course of action. Be open to new ideas.

Don’t assume you know everything about the situation

You may think everything is perfectly clear, but you might not know both sides of the story. Approach this conversation with an open mind and make it clear that you are trying to understand where the other person is coming from. This will help you not only get a better grasp of the situation, it will also put the other person at ease to know that you are willing to listen to them.

Approach the conversation from the perspective of collaboration

The instant the other person thinks you’re attacking them they’ll start to get defensive. At that point, it will be hard to have a productive discussion. To keep that from happening, try to frame the conversation in terms of both of you working together to solve a common problem.

Practice aloud ahead of time

You may have your argument scripted perfectly in your head, but things don’t always sound the same when you say them out loud. You don’t want to stumble over awkward phrasing, or backpedal to find the right word in the heat of the moment. Practice making your case out loud in front of the mirror, in your car during your commute, or by role playing with a friend.

Role-playing can be a really good way to hone your arguments. Even if the conversation is confidential, see if you can practice the basics without specifics, and ask your friend to evaluate how your wording sounds. HR can also be a very good resource if you want to run something by somebody in confidence before having your tough conversation.

Have you dealt with any tough conversations lately? What did you do to make them go smoother?

A really great guide that is quick and concise. Saved to favorites. Another tip is to let the conversation rest for a day or two. To often after having a difficult conversation, I will feel that the participants acted immaturely and then the next day they will speak to me again and we have a much more civil conversation.

I employ all of those when I have to have difficult conversations…but I take it a step farther and take it out of the office. I found by walking to get a cup of coffee or grabbing a quick bite to eat, it relaxes folks a little bit more and takes some of the edge off.

Another tool for your difficult conversations kit is to discuss in advance with your team member or subordinate how they would like to have the difficult discussion during a 1:1 meeting for a performance review, individual development plan, or a coaching session. In other works, it is not a matter of if you will have the conversation but when. By acknowledging that we all make errors and don’t always make the best decision or choose the appropriate behavior, the difficulty of the conversation may be lessened and you can refer back to your prior agreement. This may not always work with everyone, but I have found this to be a good way to prepare both yourself and the other person for the difficult conversation.