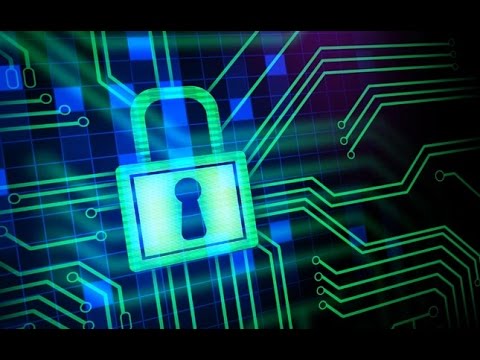 Cyberattacks and data breaches clog the newsfeeds. And for good reason, when you consider the proliferation of threats. The Kaspersky 2015 Security Bulletin provides startling insights into the scope of the problem:

Securing sensitive data against the sheer number of cyberthreats is an impossible task for a single organization. It’s akin to sending one soldier to battle against an army of millions. In an effort to strengthen the nation’s defense against cyberthreats, Congress passed and President Obama signed into law the Cybersecurity Information Sharing Act of 2015 (CISA).

CISA enables the sharing of threat intelligence information—so-called cyberthreat indicators and defensive measures—between the federal government and the private sector. Compliance is voluntary, and the law promises legal liability protection for companies that choose to disclose such information in accordance with the law’s requirements.

The Department of Homeland Security (DHS) has officially launched the mechanism for sharing threat intelligence, known as the Automated Indicator Sharing (AIS) initiative. The government has said that the AIS will serve as the Internet’s “See Something, Say Something.” Once an AIS participant detects and reports a threat, all other participants will know about it. This process is designed to occur at “machine speed,” and “the country as a whole will be better able to manage cyberthreats.”

Does AIS Put Your PII and PHI at Risk?
“Machine speed” is an excellent notion, but weaknesses in the system could put privacy at risk. CIO Dive highlighted a finding from DHS’s privacy impact assessment of the AIS that despite “extensive” processes to remove unrelated personally identifiable information (PII), “there remains a residual privacy risk that these processes may not always identify and remove unrelated PII, thereby disseminating more PII than is directly related to the cybersecurity threat.”

However, as FCW pointed out, DHS will periodically assess these processes to ensure that PII is not “spilled” through the AIS program. According to the privacy impact assessment, DHS can use this feedback to adjust the definition of a particular threat indicator.

Dark Reading points out another finding from the privacy impact assessment, which basically says that AIS participants can use AIS threat intelligence information for other purposes than those that CISA authorizes.

Sharer Beware: What to Know Before Disclosing Information
When considering what information to share, attorney Brad Karp wrote in a Harvard Law School Forum on Corporate Governance and Financial Regulation blog post, that “a company should evaluate whether a cyberthreat indicator or defensive measure implicates sensitive business information, and exercise particular care in evaluating the costs and benefits of sharing this information.”

“Particular care” should also be exercised when actually sharing information, and that means following the guidelines set forth for non-federal entities. In addition, the Dark Reading article and the Harvard Law Review Forum blog post provide some good insights on these guidelines:

At the End of the Day…
Healthcare. Energy. Finance. Retail. Government. No industry is immune from cyberattacks. Perhaps it’s no surprise, then, that despite privacy and other concerns, the idea of sharing threat intelligence is not unwelcome. Indeed, as Vincent Weafer, senior vice president of Intel Security wrote for Dark Reading, “There is almost unanimous agreement among security professionals that cyberthreat information is valuable to their organizations.”

The devil, of course, is in the details. Weafer added, “As we dig deeper into the attitudes and implementation barriers to sharing that information, we find myths and significant reticence.” One of these myths, he said, was that cyberthreat intelligence does not contain any PII, “even when sharing a file reputation.”

In the long run, the success of the government’s threat intelligence-sharing program will depend on its success. That means program participants will want to see a return on their investment of time and money. As former White House cybersecurity advisor Paul Kurtz said in a DC Inno article, “…critical to the success of any program will be providing value back to those contributing as well as ensuring communications are private.”