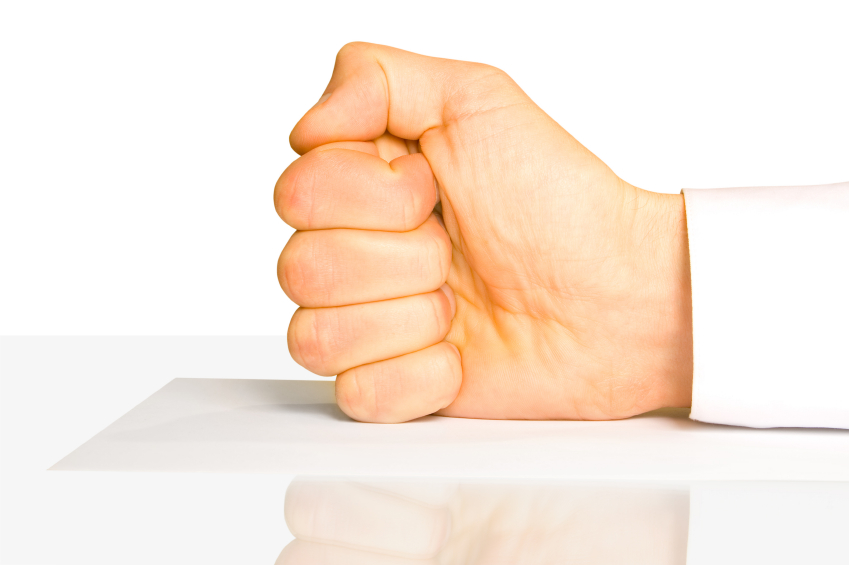 “Shhh… ! We don’t discuss this here. Besides, it will never happen..”

What am I alluding to, here? Workplace Violence.

Even though we are all familiar with the phrase “going postal,” does your agency have a formal, up-to-date, policy regarding this type of situation? How about a policy covering domestic violence that spills over into the workplace?

Or, simply an incident where verbal threats are made?

Hiding one’s head in the ground accomplishes very little toward meeting a goal of providing a safe work environment for employees. And, one would hope that government entities, regardless of size or scope, had a policy in place, along with appropriate reporting forms.

Mass murder on the job by disgruntled employees are media-intensive events. However, these mass murders, while serious, are relatively infrequent events. It is the threats, harassment, bullying, domestic violence, stalking, emotional abuse, intimidation, and other forms of behavior and physical violence that, if left unchecked, may result in more serious violent behavior. These are the behaviors that supervisors and managers have to deal with every day.

The U.S. Department of Labor in its document, DOL Workplace Violence Program, states that:

Every year, approximately two million people throughout the country are victims of non-fatal violence at the workplace. Officials at the Department of Justice have found violence to be a leading cause of fatal injuries at work with about 1,000 workplace homicides each year. Violence against employees occurs in a variety of circumstances and situations including: robberies and other crimes, actions by frustrated or dissatisfied clients and customers, acts perpetrated by disgruntled co-workers or former co-workers, and domestic incidents that spill over into the workplace.

One simply has to do a few, proper Google searches in order to realize that simply because we are the government, we still have a history of workplace turmoil and threats which have morphed into much more serious forms.

Yet, as with too many areas in government, some of these policies were probably formulated years, perhaps even a decade or longer, ago. As a result, they might not cover such areas as cyber-bullying, domestic violence, or active shooter. – And, while I think of ‘active shooter’, realize that a keyboard, chair, knife, or briefcase can cause bodily injury.

Stalking while perhaps overly-dramatized by network TV is a very real and serious problem for some employees.

Cyber-bullying that follows a worker, ‘everywhere’, and could damage/destroy their reputation with false information, is a very real threat, in this day and age.

Where memories are a vital part of any reporting of incidents, they are not always reliable, especially with the passage of time… Having detailed reporting instruments could prove vital to preventing harm to you and your co-workers.

Although I could continue on here for a while, I hope that you will check with your agency’s HR department to see where things are, right now, in terms of a workplace violence policy and related reporting forms.

Help to convince those in authority that it is a matter of ‘when’ and not ‘if’ something serious were to happen. And, that it is better to be prepared ahead of time, rather than have to explain why nothing official had been done/maintained/kept up-to-date.

You’ve hit one of my softspots. In Canada, we’ve been asking about workplace harassment and violence in our equivalent of the FEVS, for the past 15 years. Though it has fluctuated, depending on how the question was phrased that particular year, and the scale used, the proportion of federal employees that indicate they have experienced something they would label “harassment” has hovered pretty steadily around one in five.

While not wishing to diminish the importance, in many instances, people check off the “Yes I’ve been harassed” survey box on the basis of things that were, in their view, anomalous one-time events that got worked out afterwards. Of course, it would be counter-productive to discourage people from indicating small “harassment blips”, since those could very well be a precursor of something more serious ahead, or part of a larger pattern. That said, one needs to distinguish clearly between impatience or minor disagreements between people, and things of a much graver nature. So any attempt to gather data about workplace harassment and risk of violence needs to also assess seriousness as well as frequency, if any policies arising are to be fruitful and realistic.

We also find that many folks tend not to use the corporate resources made available to them, in the form of harassment officers and such. I recall well doing a presentation to a room of some 40 agency harassment officers, who expressed surprise at the PS-wide results, since they don’t get anywhere near that knocking on their door.

The reasons are varied. In some instances, it is because the conflicting parties have worked it out between them, and have no need of anything more formal. In some instances it is because, while there is no loss of faith in the mechanism, the harassment situation can’t really be addressed by that mechanism. After all, the resolution mechanisms are really more tailored to conflict internal to the organization, and perceived as rather moot when it comes to people at service counters screaming at you, dementing veterans haranguing nurses about food, injections, or whatnot, or federal inmates cussing out prison guards. We tend to forget that not all harassment of concern is between employees. Some of it comes from sources other than public servants.

That said, some folks do not avail themselves of formal internal resolution mechanisms because they find it easier to duck down, or perhaps leave for another job. I suspect that taking any formal action about harassment is also akin to whistleblowing, in that it can sometimes oblige co-workers to “take sides” – something that people do not like doing. So folks will bite the bullet, and just take it, rather than make a formal stink.

So, as much as I encourage organizations to BE prepared, as Russell recommends, even the best-planned resources and policies can let much fall through the cracks, simply because of the peculiarities of how employees (which includes managers, too) elect to deal with disagreements (and worse).

Certainly, one of the best ways of being prepared is to acquaint oneself with contemporary research and theories regarding “organizational justice” and the psychology of what people perceive as more and less fair. It is frequently the perception of unfairness in transactions that begets the worst of human behaviour, including personal vendettas, sabotage, and other outcomes that are harmful to organizational and individual well-being. I won’t deny that it is always hard work to be fair – which is why fairness so seldom happens – but it is far more effective that developing complex protocols for how to repair things after they have gone off the rails.

Thank you, Mark, for your insights and experiences. – While no plan is ever going to be ‘perfect’. and surveys are always prone to some error, I believe that a well-thought out plan is better than nothing, as you also appear to believe. Thank you, mark for your feedback.

Mea Culpa Emails: For When You Call Subscribers “Fatties”

The 13 Most Bizarre .Gov Domains