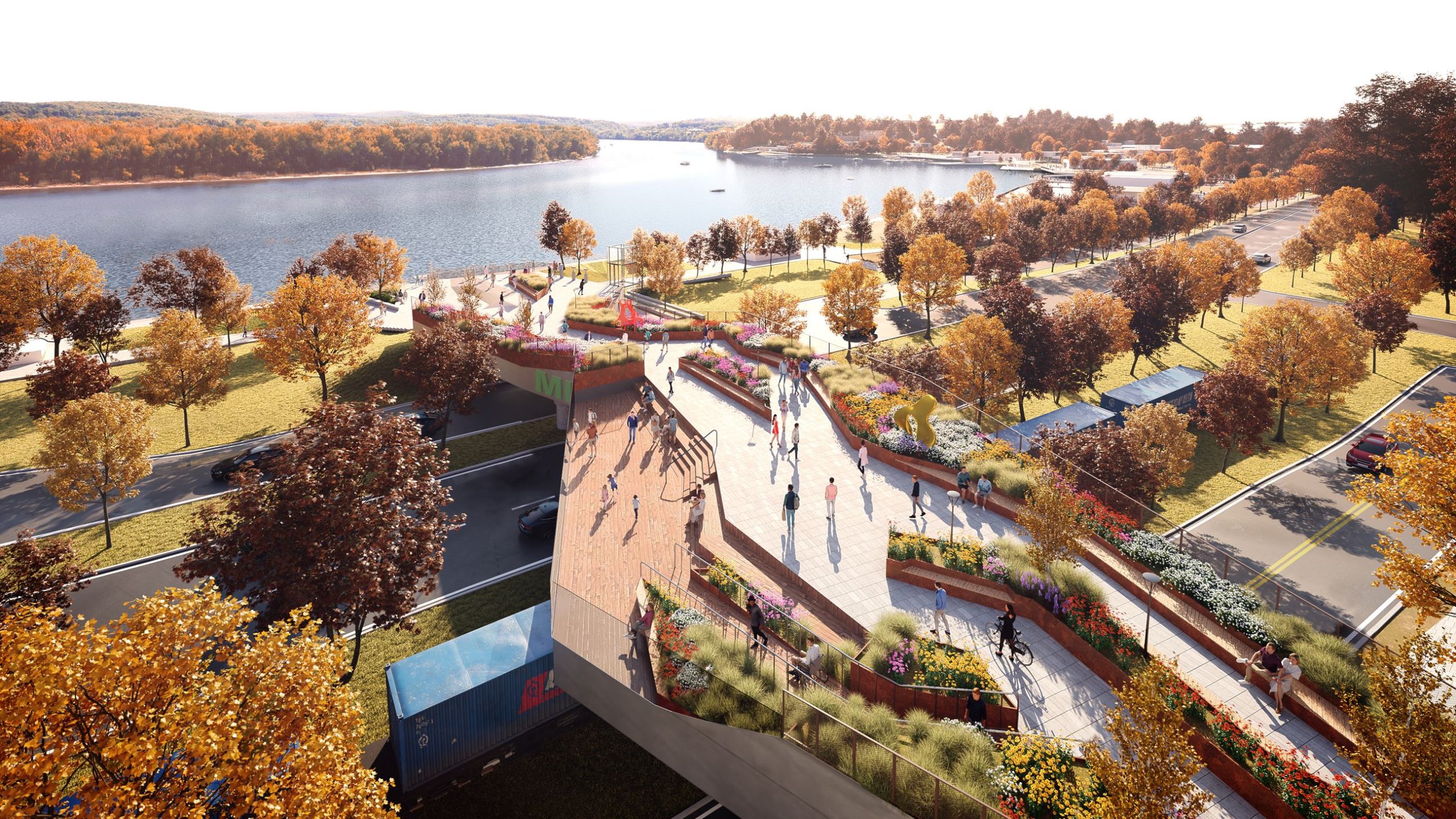 The city of Middletown, Connecticut, is focused on a decades-old goal: to revitalize and redevelop the riverfront.

The underused Harbor Park area along the Connecticut River has great potential for residential, commercial and recreational use. But in the past, the city struggled to get feedback about the project from many stakeholders and constituents.

That created a problem: How could the city design a community space without the input of the community?

In-person meetings are tough for people to attend because of work schedules, childcare needs, and mobility and health limitations, for instance — challenges that could prevent many constituents from participating. Digital platforms need to work with the public’s lives to be inclusive.

Brianna Skowera, the city’s Director of Information Systems, has goals for community involvement that go beyond a physical presence at public meetings. She aims for residents to be able to participate fully, including serving on committees and informing as many decisions as possible.

A move to hybrid meetings changed everything for Middletown and the riverfront plans.

“We were able to get so much more information,” Skowera said. “We captured so many more hopes and concerns from our citizens. We provided quicker turnaround times. [We acknowledged] that their viewpoints were being heard and that their perspectives were being valued and incorporated into the
master plan.”

That allowed the city to use multiple types of outreach to share updates with people as the project developed.

Skowera not only sees engagement benefits from offering virtual options, but also environmental and budgetary advantages. Constituents don’t have to pay transportation costs to commute to a meeting, and there are fewer custodial and security expenses when meetings are fully virtual.

The Return to the Riverbend campaign, launched in fall 2021, yielded community input that the city used to create a master plan, released the following summer, for a new riverfront area. The space will include a seasonal and permanent recreational facility, retail spaces, fishing access, an environmental education area, and more, in a connected four-area district that spans 2 miles and more than 300 acres.

“We were able to let people know quickly that what they said to their local officials was heard and has been incorporated,” Skowera said. “And it’s just an amazing feeling to know that we have this huge, impactful project where our citizens have so much more say because the channels have been open for them.”

Engagement as an Agency-wide Priority

It’s essential for an agency’s full team — specifically process and program managers — to be invested in engagement-related IT advances, Skowera said. That’s because the technology doesn’t just bring functionality, it affects the agency’s entire mission. As technologies become more responsive and precise, they encompass more information about programs and city planning.

Skowera thinks that implementing new technologies is like constructing a new building.

“You’re not just budgeting for the construction, but for the maintenance, including personnel,” she said. “Like any technology, it’s not just ‘start and go,’ but instead involves continuous improvement and tweaking.”

Through analyzing and enhancing AI interactions, her team discovers how to manage the technology and what information to expand to public-facing outlets like the website.

“I think government can be so layered and complex that we forget that we haven’t shared all the information in a public fashion with our constituents,” Skowera said. “We should be always providing more information to our constituents…and interactions provide actionable intelligence for us to move forward.”

This article appears in our “Guide to Building Constituent Engagement.” For more ideas on how agencies are improving their outreach, download the guide.

Civility and Respect in the Hybrid Workplace